How environmentally costly is cloud computing? 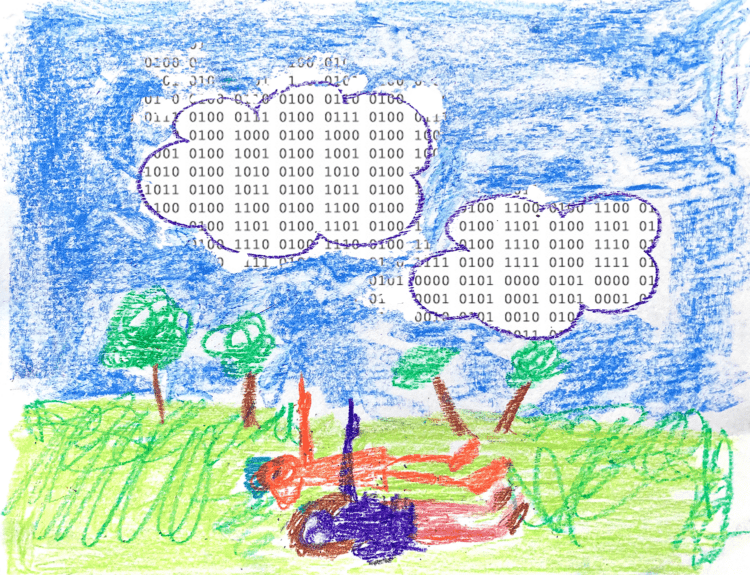 A recent communication from SAIC’s Chief Information Officer Gene Adams notified students and alumni that the school will deactivate all alum Google accounts and set storage limits for current students, faculty, and staff.

The communication from SAIC said, “Unlimited storage and its energy demand is ultimately unsustainable both economically and environmentally, so I am hopeful that we can collectively embrace this change and successfully navigate through any inconveniences during the transition.”

But first, what is cloud computing?

Computers are made up of memory and central processing units (CPUs). The magic that appears on-screen happens through very basic math by the CPUs onto the memory. Cloud computing is this, done at a remote location. No, not the sky, but rather in huge buildings filled with racks containing thousands of hard drives pulling a massive amount of energy.

Lately, corporations are making a lot of promises to reduce their carbon footprints, so the vocabulary of these promises is worth scrutinizing. “Carbon-free” and “carbon-neutral” are different: In 2007, Google declared itself to be carbon neutral through the purchase of carbon offsets. Five years after Google touted its achievement, a research group reported in the journal of Computer Aided Chemical Engineering that “the concept of carbon footprinting has permeated and is being commercialized in all the areas of life and economy, but there is little coherence in definitions and calculations of carbon footprints among the studies.”

Since 2016, “Google matched 100 percent of its annual electricity consumption with purchases of renewable energy.” The company states its “achievement involves buying a surplus of renewable energy in regions where solar and wind power are abundant – like the US Midwest – to address the lack of renewable energy in other places – such as Taiwan. Similarly, in some cases we buy additional solar energy during the day to compensate for our use of carbon-intensive energy at night.” Google’s latest promise is to operate on 24/7 carbon-free energy by 2030.

Google controls only 8% of global cloud infrastructure services, in comparison to Amazon Web Service’s 32%, and Microsoft Azure’s 21%. There are certain advantages of concentrating cloud computing that follow efficiencies of scale. Computers can be clustered efficiently with no need for mouses, keyboards, screens; memory can be stored in long term storage units – called data lakes and data glaciers – with relatively few caches which further reduces cost. Additionally, bulk power sent to a single location will cost less per unit energy, and the infrastructure to provide energy can prioritize non-fossil fuel sources, like wind, solar, or nuclear power.

The disadvantage of cloud computing lies in the cost of transferring data. Transferring data is the moving of information from the remote server farm to the personal device, and the American Council for an Energy-Efficient Economy estimates that transferring one GB of data on the internet costs 5 kilowatt hours (kWh). For reference, a gallon of gasoline produces 33.7 kWh of energy.

Environmental bookkeeping lacks consensus, with factors such as water use and land management not subject to standards for calculating a corporate carbon footprint. “Unlimited” consumption – in travel, meat, and plastics – characterizes the cannibalization of the natural world. In this case, “infinite scrolling” enables “doom scrolling.”

Michaela Chan (MFAW 2023) has a garden in her torso planted with dandelions and daffodils. She’s the News/SAIC editor.