Comic art continues to struggle to find a home at SAIC. 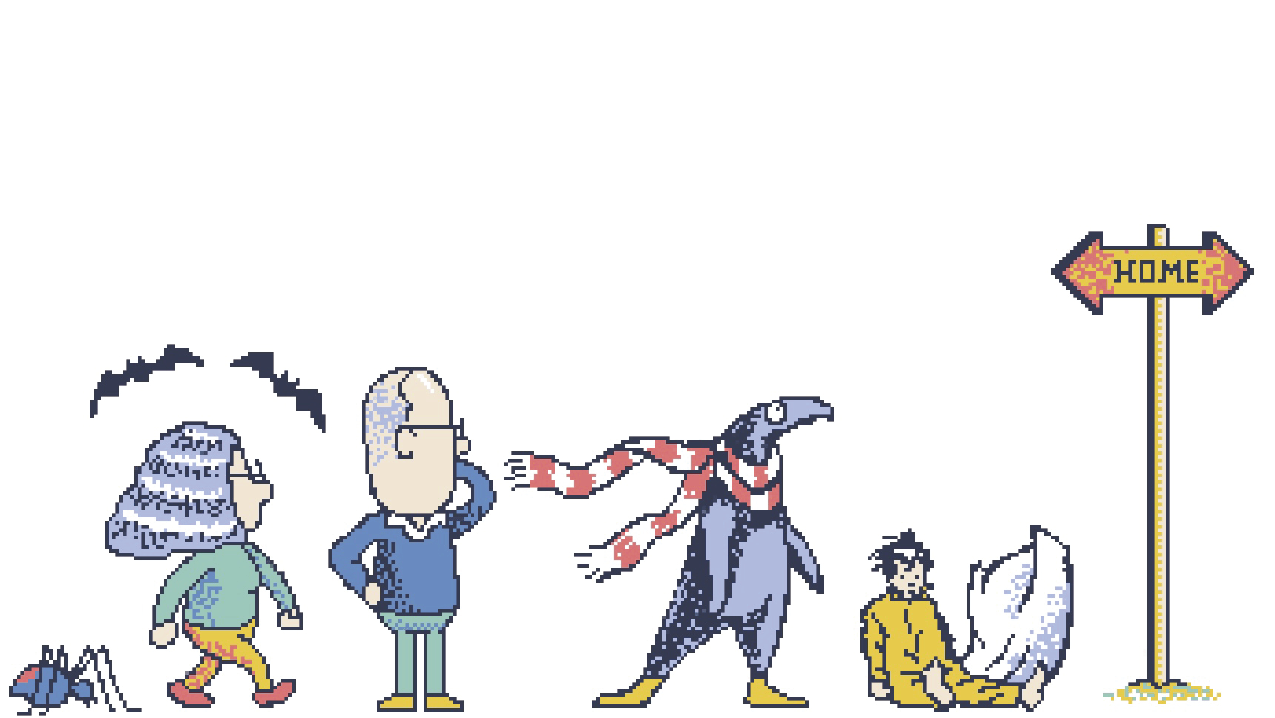 On the fourth floor of the Chicago Cultural Center, the quiet and curious exhibition “Where Comics Came to Life: Chicago Comics 1880s to 1950s” is littered with artists who studied at the School of the Art Institute. Roughly one fourth of the forty-some biographies mention the school. The exhibit leaves little doubt that comics trendsetters have deep ties to SAIC. So why do comics still not have a home at SAIC?

In the past ten years, comics courses at SAIC have flourished.  Jermey Tinder (MFAW 2007, lecturer in PTDW) said, “Itʼs nice to see the trust grow and the understanding grow,” but as a comic artist, he recognizes that “we still feel like outsiders.” Comics have yet to materialize a department or track to guide studentsʼ studies. Furthermore, students studying comic art struggle to have their art taken seriously across SAIC.

Kirsten Stevens (BFA 2023) said that the most push back sheʼs received with her comic art at SAIC was during her freshman core and research classes. “It just seemed like no one took them at face value, and wanted them to be something different.” Using markers on bristol rather than oil on canvas made sense for the work Stevens was making, but she felt as though her peers wanted the latter in the name of “higher art.” Stevens remembers repeatedly hearing “This should be elevated.”

Once she started taking comics and comic-adjacent classes, however, reception in critique shift ed for the positive. “Feedback shift ed from ʻwell, what if this was a different medium altogetherʼ to things like how the comic flowed, dialogue, proportions, tangents, perspective, backgrounds, paneling, etc.,” Stevens said. “Since I started receiving feedback like that, Iʼve improved massively in my work.”

The general attitude of the SAIC community toward comic art has slowly shift ed towards acceptance, especially as external fine art establishments increasingly put comics and cartoonists on display in galleries and museums. CartoonInk! was a particularly notable show held at SAICʼs Sullivan Gallery in 2011. This show highlighted the best of contemporary comics made by professionals inside and outside of the SAIC community alongside comics made by students. Highlighting a fraction of the expansive world of contemporary comics helped generate acceptance amongst the uninitiated.

Student enthusiasm and the success of SAIC cartoonist alumni have pushed the school to offer more comics courses, but no clear comics curriculum has materialized. This isnʼt for lack of trying; staff meetings frequently bring up the possibility. Being a cross-disciplinary medium with classes offered in print media, painting and drawing, fiber, writing, and even art therapy, comics classes fall into a cross-departmental territory that makes negotiation hard. Different department chairs might have contradicting opinions about where comics belong that bring discussions to a standstill.

A new solution cropped up in 2019, suggested by Associate Dean Paul Jackson. Jacksonʼs office hired Anna Ogier-Bloomer in the fall of 2019 to create a pilot for a comics pathway that would suggest courses across departments. Beth Hetland, who teaches comics in four departments, was brought in to advise and help develop the pathway. Hetland and Ogier-Bloomer put together a broad constellation of related courses in this pathway, helping give an overview of how comic studies could connect across departments in different directions.

“It was almost ready to be distributed,” Hetland said. “And then the pandemic hit.”

“I got the draft of what Beth and Anna had done in early March of 2020. So, within days of the first shutdown,” Jackson explained. At that point, Jackson and Ogier-Bloomer were consumed with getting classes online. The project was further derailed when Ogier-Bloomer was laid off . (She now works for alumni engagement.) “That eliminated my officeʼs plans to expand [the comics pathway] further,” said Jackson.

So is the project completely dead in the water? Not exactly. SAIC is currently working on its long-range planning process. Jackson works on a committee that is investigating the academic structure of the school. “Weʼre trying to figure out what resources would be necessary to steward […] this type of interdisciplinary course structure. How would it fi t over a BFA or other student degrees?”

The specific form has yet to be determined and will take years before being available to students. Still, the anticipation for it is there.

Will the long-term restructuring of curriculum address the problem in a solid way? Even if the curriculum addresses comics more directly, cartoonists cannot flourish at an  institution that harbors an outdated attitude towards the medium.

Fine art establishments have a historically rocky relationship with comic artists, SAIC being no exception. But in the last few decades, the tide has turned. We have seen shift s in how comic art and cartoonists are recognized, from schools offering more courses to several museums having special exhibits to showcase cartoonists.

Perhaps the artists featured in “Chicago: Where Comics Came to Life” who studied up to a hundred years ago at the Art Institute didnʼt receive much support in their pursuit of comic art. Perhaps they couldnʼt imagine a future where that support would exist. Even twenty years ago, there werenʼt the course offerings for comic students that there are today. As we press into the future, itʼs exciting to think that the medium will not need to fight to be taken seriously and that students will receive relevant feedback on their work. Comics may one day feel firmly at home within the School of the Art Institute.

Teddie Bernard (BFA 2023) is the Comics Editor at F Newsmagazine. They are (insert something quirky and fabulous here).