The holiday shopping scramble through the eyes of a UPS driver. 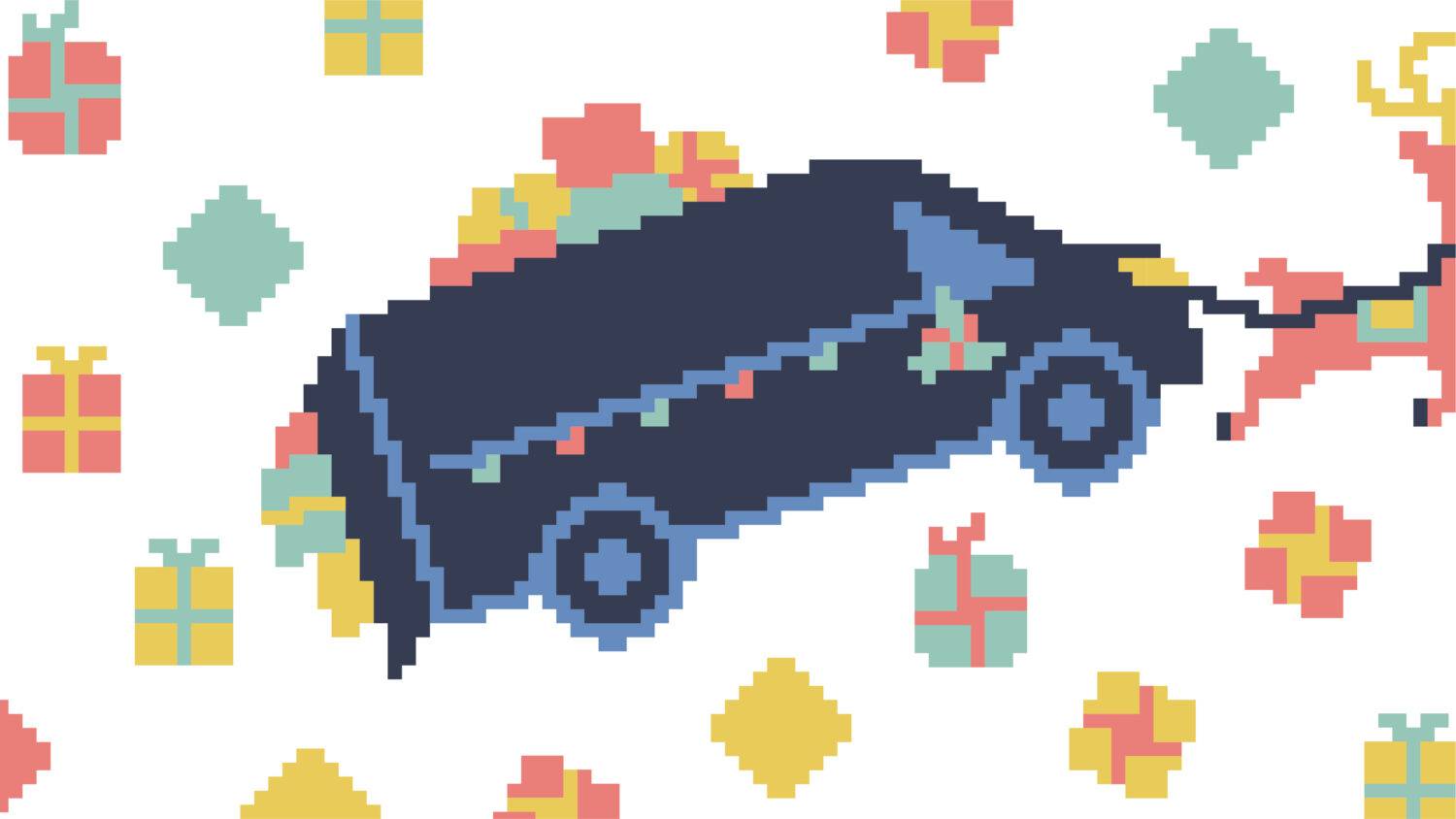 Dewey Berns doesnʼt do the holidays. She doesnʼt have time. Berns is a UPS driver about to enter her eighth holiday season with the company. Over a typical mid-Winter week, Berns logs around 70 hours in the brown truck. To keep her energy up, she eats well, drinks plenty of water (or tea, if itʼs cold), and sleeps as much as possible. When the weekend comes, she makes only one plan: Start early and have a slow day. “My holiday season?” She says: “Getting through it.”

In August, the U.S. import volume was 2.37 million twenty-foot equivalent units (TEUs, or shipping containers), the highest monthly count since tracking began in 2002. The previous record, 2.33 million TEUs, was set in May. Ports on both sides of the country have reported around a 20% increase in container volume this year. The amount of goods entering America from off shore has literally never been higher. But we continue to hear a story of scarcity.

On a working day, Berns is up at 5:15 a.m. She does her makeup, packs her lunch (trail mix, granola bar, and maybe a small meal), grabs her outdoor gear (layers, flashlight, battery pack, etc.), and is out the door by 6 a.m. At the UPS warehouse, she checks the computer for her route and then touches base with her “loader” — the person who fills her truck with the dayʼs packages. Sometimes she treats her loader to a breakfast burrito; “a loader can make or break a driverʼs day,” she says with a smile.

The same way Amazon Prime has created unrealistic expectations about how quickly and cheaply Americans will have their demands met, globalization created an entirely-too-convenient system for suppliers to deny. As transportation became more efficient throughout the 1960s and 1970s, corporations shift ed production ever-farther away, at fi rst to the low-wage, non-union Southern states, and eventually into the Global South with its heavily exploited workforce. In subsequent decades, communication technologies, including the internet, accelerated this outsourcing. This created such a complex supply chain that a broken link couldnʼt just be easily replaced; a broken link could break the system.

“It is an efficiency purchased through the destruction of all flexibility, and hence sustainability,” Barry C. Lynn wrote in a 2007 article for The American Prospect. “What we should be fretting about now is what happens when, one day soon, we awake to find that war, revolution, disease, or natural disaster has cut us off from one of the increasingly scattered pockets of workers we rely on.”

Berns admits that her back and her knees arenʼt what they used to be. “The repetitive motions, they take a toll on the body,” she says. UPS encourages their drivers to stretch and to stay limber. A scan of the UPS Reddit forum reveals actionable advice from driver to driver. Among the wisdoms: “Shin guards should be mandatory. This is the way.” and “Shoes must have steel toe or composite toe. I would 100% have broken toes right now if not.” Further down the thread you find more urgent advice: “If you feel like you are going to collapse due to exhaustion, say something!”

On October 13, 2021, President Biden announced that the Port of Los Angeles would join the Port of Long Beach in initiating 24/7 operations leading into the holiday season. This action was meant to alleviate the growing bottleneck at the West Coast port system, where 40% of all imported goods enter the country. The ports have attracted the attention of retailers and consumers across the country, as more and more people wonder where their items are.

But Biden and the Port Authorities are limited by capacity — there can only be so many people working so many hours before the entire system collapses due to exhaustion. Adding opening hours to supply chain operators suggests theyʼre not working hard enough or fast enough, without questioning the system theyʼre not working hard or fast enough in. It also swiftly skirts the fact that Americans are just buying more shit than ever before.

When everything moved inside last year, our focus as consumers moved from services to goods. Dining experiences became kitchen upgrades. Gym memberships became Peloton bikes. Vacation funds were funneled into a new couch. By the time WFM became an acronym, the office coffee maker that once served 60 cups of coffee in a day, had become 60 individual coffee makers.

Stay-at-home mandates, coupled with the promises of Prime, led to a nation of shoppers fiercely clicking their way through the pandemic. Voxʼs Terry Nguyen put it best: “The entire consumer enterprise could be summed up in one Ariana Grande lyric: ʻI see it, I like it, I want it, I got it.ʼ”

“Everyone is ordering stuff earlier,” Berns says. “I think itʼs a mix of personal experience — people who order things regularly are noticing itʼs taking longer to get there — and what theyʼre reading on the news.” The businesses on her route, which usually receive their inventory a few weeks to a month ahead of a holiday, are bringing in items four to five months in advance. Some of her customers are getting ready for Valentineʼs Day.

Sometime between 6 and 8 p.m., Berns clocks out and heads home. “I may snack a little, and Iʼm in bed about an hour and a half later,” she says. Meanwhile, crane operators at the Ports rise for their new graveyard shift , port truck drivers elbow their way into the check-in lines, and manufacturers across the world churn out a component and ship it off to assembly. Meanwhile, consumers across the country have replaced counting sheep with adding to cart, ensuring that if there is a shortage, itʼs not one that Berns is going to feel.