Is “Made-for-Streaming” the new “Straight-to-DVD”?

As streaming services become more popular, several original productions are being created for their catalogs. But are they any good? 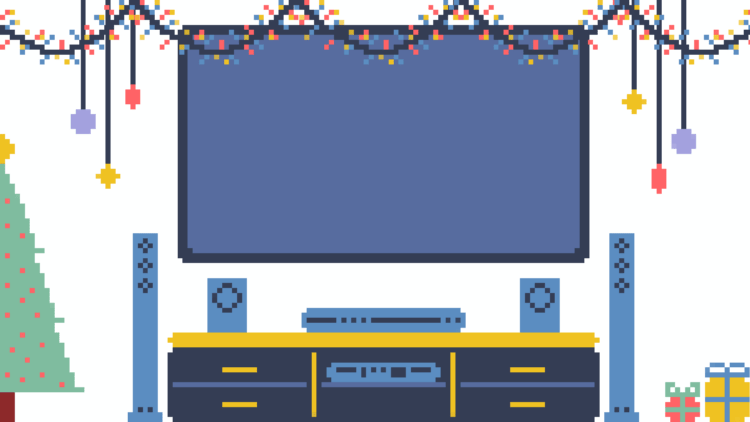 One of the biggest streaming services today, Netflix, has been investing in licenses to produce movies made exclusively for their platform since 2012. Many of their movies have become a must-watch, increasing the demand for Netflix franchises. However, with streaming services becoming a popular medium for audiences, companies saw a potential in investing in similar ideas after Netflix’s success. Think shows like “House of Cards” and “Orange is the New Black.” The platform grew in numbers and awards, becoming the first internet network to be nominated for the Emmys.

Before streaming services were popular, sequels were often released in a straight-to-video format — Disney created many sequels to their popular movies to be sold solely as DVDs and VHS tapes instead of sending them to theaters, like “The Lion King II: Simba’s Pride.” These were produced with a lower budget, which resulted in a lower-quality film. Disney believed that with the right marketing strategy, the movies would reach the correct audience. Consumers, on the other hand, knew that these movies were not of the best quality, but took a chance that it still had a good plot. However, “The Lion King II” did not meet any of the high expectations following the first movie’s success — the animation was not on par with the original. Simba looked different from the first movie and changed looks at some points. Even the color palette seemed different.

Since the early days of VHS — circa 1970s — Hollywood would send movies that were unlikely to succeed in theaters straight to video, using marketing to reach the right audience in order to sell them. With disappointing differences in quality, sound, and special effects, it was clear that they did not spend enough time polishing it as a result of a lower-budget production. That was the price to pay to have the film on your TV instead of on a large screen.

Made-for-streaming producers are getting more opportunities nowadays, as this is a market that is growing consistently as compared to the one for traditional independent films. You can see how Hollywood is changing by noticing how networks started launching their own streaming services in the past three years. HBO, Disney and Paramount are some of the companies that started investing in their own online services, creating platform-specific content as well. Originality is what people look for, besides the ease of looking through a streaming catalog to find something to watch. Not to mention, people have easier access to theater-like TVs and good sound systems that were not accessible to the population fifteen years ago; designing their own theater in the comfort of their own homes.

Consumers are also seeing the differences between streaming films and what straight-to-DVD used to deliver. Made-for-streaming content is becoming an alternative to the cinema, with its screen quality being comparable to theatrical films. The straight-to-DVD stigma is evolving, and networks are willing to collaborate with streaming companies more often to achieve a higher audience. What they need now, however, is to work on creating better plots for these movies, as they still are critically doing poorly compared to those produced for the big screens in theaters.

One theme that has been the same since the VHS and DVD eras are holiday movies made to be watched at home. Whether it is easier to gather families in a living room rather than a theater, or because it is too cold to get out of the house, Christmas movies have become a popular theme for streaming sites as well. Almost half of Netflix subscribers have watched at least one original Christmas movie on the streaming service, competing against the popular Hallmark and Lifetime holiday options. Given that the latter two networks are known for making lower-quality productions compared to Netflix, it is important to note that they are still tremendously watched during the holidays, therefore becoming fair competitors.

Netflix’s beloved holiday franchises include “The Princess Switch,” and “The Christmas Prince.” Both have three movies each, and a healthy fanbase. The first movie of each franchise did very well, with good plots and romances that audiences were enthralled by. The second movies, on the other hand… Can’t say they had the same success. However, the characters we fell in love with were continuing with a story that we cared about, giving Netflix the numbers to create yet another sequel.

Streaming has its advantages, but it does not mean the death of traditional cinema. We as consumers are finding ways to watch entertainment in the comfort of our own homes, with what seems like a cheaper option. If you watch several movies and shows a month, the price you pay monthly for those services is worth it. However, cinemas are still attracting viewers that like the idea of watching a good production on a big screen while seated on reclining chairs. Going to them is starting to become a novelty, a planned event that people look forward to. I recently watched a movie in the theater for the first time since the pandemic started and left with a feeling of great achievement by watching a visually pleasing movie on an enormous screen while eating some buttery popcorn.

Made-for-streaming is the new straight-to-video, but with better-quality content. Not only has technology evolved for productions to create greater films, but faster internet access and higher-definition screens also allow consumers to achieve the same entertainment at their homes. With the stigma broken, I believe made-for-streaming content is now doing better than TV shows and movies created by Hollywood’s classic producers, and it will be smart for them to follow streaming services’ path in creating more original content for the online consumers.

Moving Pictures: “West Side Story” and the Art of...