Auteur Theory: Paul Schrader and The End of the World

How cult cinema’s favourite filmmaker crafts his characters unlike any other. 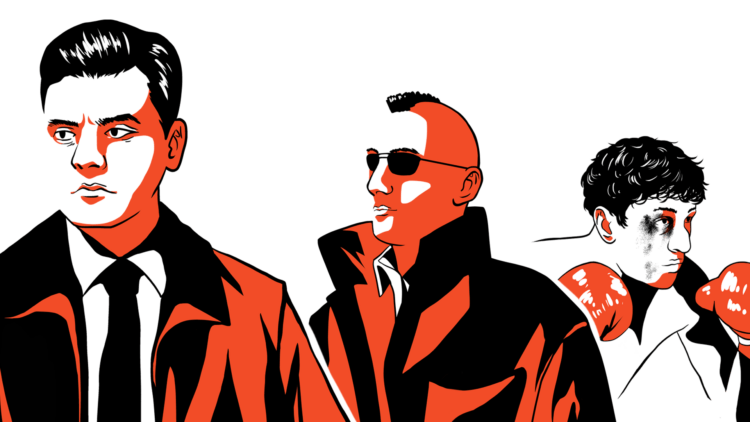 Auteur Theory is a column in which Aidan Bryant dives deep into the work of some of the most original filmmakers of yesterday, today, and tomorrow.

“Can God forgive us for what we’ve done to this world?” was a major quote and theme of Paul Schrader’s 2018 film “First Reformed,” a film about a reverend losing his faith, and dealing with guilt of living in a world that God seems to have abandoned. Schrader, to me, has always dealt with guilt unlike any other filmmaker I’ve seen. His characters are doomed before we even meet them, set upon a path of self destruction from the day they were born.

William Tell, the protagonist of his newest film “The Card Counter,” breaks new ground in his canon. We’re seeing a new version of the prototypical character of “God’s lonely man” that we see in many of Schrader’s films; one updated for the time we live in. Not in his language, his actions, or even his dress, but in his guilt.

Let’s look back at the film that brought Schrader into the conversation, “Taxi Driver” — a 70s classic about a lonely, emotionally stunted taxi driver, and his descent into the seedy underbelly of New York City. Travis Bickle is actively imploding from the moment we meet him. He is the product of the environment that birthed him. But we still see him struggle. He is actively trying to do something about what is happening around him, as misguided as that may be. In “Raging Bull,” a look into the rise and fall of a real-life world champion boxer, Jake La Motta is still a star before he ruins it all. His issue is himself, and when those brief moments of clarity come out through moments of ill-thought-out self-sabotage, it’s some of the most painful scenes I’ve ever watched.

William Tell is not imploding. He is not trying at all. There was no fall from grace. When we first meet Tell, we know little about him. He lives a modest existence traveling town to town, making a living off gambling. Then cracks appear. Tell covers his hotel rooms in white sheets, making every place look the same. We learn he did time in a military prison, but it’s not clear what for.

Eventually, we find out. Tell served in Iraq, and played a part in what happened at Abu Ghraib, a prison used by the US military that held anyone from petty criminals to those accused of crimes against the US military. At Abu Ghraib, the Army tortured and abused Iraqi prisoners. Dogs were set on them, sexual abuse and humiliation was rampant, and 63 prisoners died — 36 due to a mortar attack on the prison; the only prison to be attacked by mortar during the war.

When Schrader shows us what Tell did there, it’s filmed like the world is being torn apart. Tell’s quiet existence is in stark contrast to the bright yellow lights of the prison, with deafening music and screams heard at all times. It feels like Hell. William Tell carries this with him every day. And when Cirk, the son of another man imprisoned for what he did at Abu Ghraib, tries to get Tell to torture and kill his commander at the prison, John Gordo, Tell refuses.

It would be very easy for Schrader to make this a revenge movie. But revenge is satisfying. Tell doesn’t want satisfaction, and he doesn’t deserve it. He is a broken man, haunted by his actions. But, these actions were his alone. He is a product of his choices, and nothing can change that. The only thing he can do now is make as little impact in the world as possible until he dies. Schrader has made a very different kind of film to those usually made concerning veterans, especially recently. The trope of Americans going to another country, destroying it, and coming home to cry is not present here. Tell is adamant that there is no forgiveness for what he has done. Even when he does confront Gordo at his home in the final scene of the film, it is not satisfying. All the brutality and violence happens offscreen. The audience leaves the theater not knowing what to feel.

Schrader is an old-school filmmaker, entrenched in the work and ideas of Robert Bresson — this is the fourth film Schrader has made that directly references Bresson’s “Pickpocket” — Yasujirō Ozu and Jean Renoir. But the way he makes films has never resonated more than they do now. Being alive today is living in a world that is collapsing, but the chances are that you weren’t even around for what caused the collapse. The guilt Tell carries with him is one that he cannot change. The guilt of what we did in Iraq, in Afghanistan; in countless South American countries, is something that we cannot change. We do not deserve closure. We don’t deserve a happy ending. When there is no forgiveness, what are we supposed to do?

Personally, I loved “The Card Counter,” and I love Schrader’s work in general. As we move into this very strange era of filmmaking where everything has to make you happy, and every character we see must be pure and good, and every villain evil in just the right way, Schrader defies those ideas. His movies make me think about the world around me in a sense beyond myself, they challenge everything. As Schrader himself says, “A good movie starts when you walk out of the theater. It’s like you ring the bell. And this movie is trying to ring the bell, and the bell vibrates inside you.”

Entertainment Auteur Theory: Paul Schrader and The End of the World
« Previous Story