“Welcome to Night Vale” embraces queerness and outsiders, since 2012. 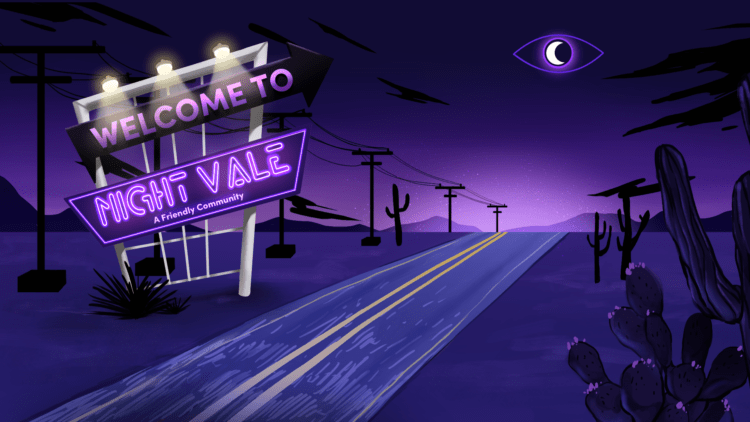 “A friendly desert community where the sun is hot, the moon is beautiful, and mysterious lights pass overhead while we all pretend to sleep. Welcome to Night Vale.” This opening intonation is not just the start of a comedy horror podcast, but the popularization of fiction podcasts. The listener is welcomed to the fictional town of Night Vale and thus is invited into the world of fiction podcasting.

“Welcome to Night Vale,” written by Jeffery Cranor and Joseph Fink, is framed as community radio for an absurd, fictional desert town where mountains aren’t real, a five-headed dragon is running for mayor, and Valentine’s Day cards are murderous. All of the oddities of the town are narrated by radio host Cecil Palmer (not to be confused with voice actor Cecil Baldwin who portrays him), who quickly endears the listener to the people and town of Night Vale. The series originally aired in 2012 with each episode around 25 minutes. Despite recurring characters and loose overarching plot lines, listeners can start with any episode.

Queerness is part of “Welcome to Night Vale” from the first episode. Cecil Palmer reports on a new scientist, Carlos, arriving in town. We learn from Cecil Palmer, himself, that he “fell in love instantly” with Carlos. Over the course of the show, listeners get to see their relationship evolve. In the most recent seasons, they’re married with an adopted child.

Talking with podcast listeners and creators, I’ve found for many “Welcome to Night Vale” was the first fiction podcast they listened to. The show has been airing twice monthly since 2012 and is close to having 200 episodes. The early seasons of the show hold up just as well as the current episodes. Even nine years after “Welcome to Night Vale”s debut, it is still the podcast that I most often recommend to those who haven’t listened to fiction podcasts before.

It’s notable that “Welcome to Night Vale” from its 2012 beginning featured queer character as main characters. Queer representation of any kind in 2012 was hard to find. GLAAD’s “Where We Are on TV Report” for the 2011–2012 broadcast season found that only 2.9% of all scripted television series included a queer series regular. Even in 2021, positive queer represenation in media is difficult to find. (GLAAD’s 2020-2021 report shows the percentage has increased to 9.1%). In the town of Night Vale, being a queer person is never questioned. Night Vale is a weird place full of strange, sometimes dangerous, things, but queerness is not one of the strange parts of town. Being gay, trans, etc. is normalized within the show. Cecil and Carlos are treated as any romantic relationship would be, and there are many other characters with various queer identites.

In more recent years, as podcasting has become a more well-understood medium, the library of fiction podcasts has become much larger. Listening to most fiction podcasts, and especially queer podcasts, it is very easy to see “Night Vale’s” influence. I have personally interviewed a number of podcast creators about the shows that influenced them. Many creators have pointed to “Night Vale” as a show that informed them, including: William A. Wellman, producer and voice of “Hello From the Hallowoods”; Matthew O.K. Smith, head writer and narrator of “Neighborly;” and J. R. Steel, the creator of “The Domestic Life of Anthony Todd.” A huge portion of podcasts have their roots in the writing and world of “Welcome to Night Vale.”

Queer characters as the normal part of a supernatural or horror filled world has become a very common trope in fiction podcasts. In Night Vale, they both exist within the town, often overlapping. As the listeners learn more about the town, they also get to see Cecil and Carlos’s relationship evolve. “The Magnus Archives,” another well-known horror podcast, takes a similar approach to the slow-building gay romance of two of its main characters.

Another strength of “Night Vale” is the way it embraces the audio medium within the context of the story. The reason the listener is hearing the content in the episode is because the episode is a (fictional) local broadcast. Podcasts have a lot of space to play with the mode of storytelling, there is historical precedent to this going as far back as the 1938 “War of the Worlds” radio broadcast in which H. G. Wells’ novel “The War of the Worlds” was adapted into a radio play by Orson Welles. The broadcast reported on the invasion of Martians and, in the span of 40 minutes, the fall of Earth. Some listeners at the time did not know the story was fiction, and fully believed the world was ending. The bizarre, terrifying “War of the Worlds” was made real for those listening. In both “Night Vale” and “War of Worlds,” the lines between reality and fiction are increasingly blurred because of the narrative device.

Many podcasts created post “Night Vale” take similar approaches to Cecil’s radio show format. For example, “Jar of Rebuke” has the main character use a tape recorder to record audio diaries, and “Station Arcadia” is framed as a radio broadcast from a semi-sentient space station. There are also shows that choose not to acknowledge the listener, such as the sci-fi medical drama “Eos10.” By not addressing the audio conceit, these podcasts often feel more like a television script rather than a radio play.

Ultimately, I think the reason “Welcome to Night Vale” is so important is because it is a place twice a month where queer kids and young adults can feel welcomed. A space like that, even if only a fictional one, in 2012 was rare. In 2021, as our world becomes increasingly self isolated and online, we all are seeking out community wherever we can. “Welcome to Night Vale” makes the listener feel like part of the town. And sure, there are deadly librarians and a floating cat in the men’s bathroom, but when you have community, maybe those things aren’t as hard to face. 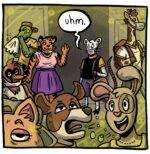