From the 162 dorm, to viral sensation, to digging up clay in his back yard. 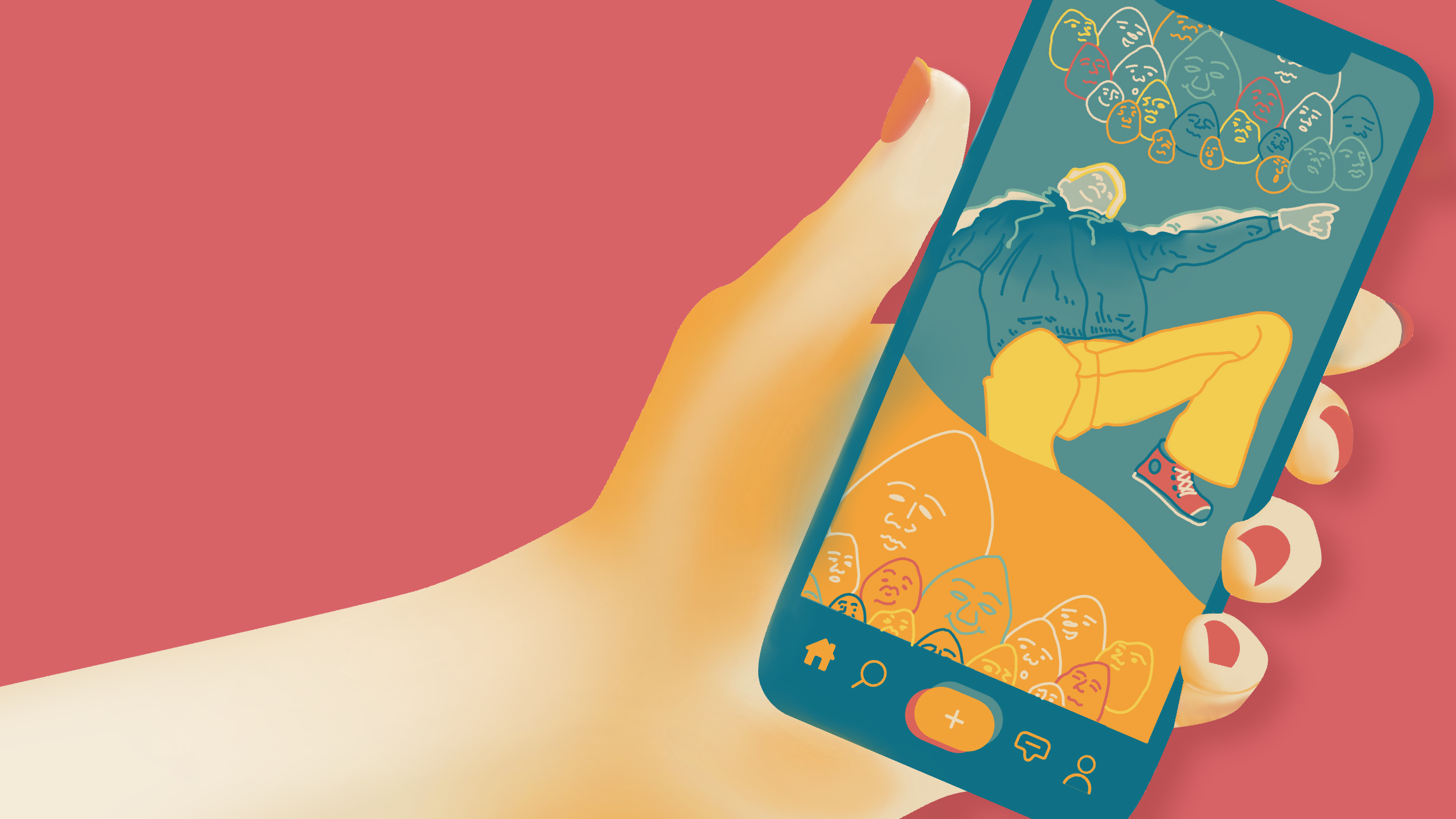 Evan Marnell (former BFA 2022, @greggiana on TikTok) surprised us all last May. Or maybe it wasn’t really that shocking, because if you’ve met Evan, you know how bubbly and outgoing he is. However, at the time, I was shocked to see Evan’s face pop up on my “For You” page on TikTok. The like count was enough to make me do a double take.

The premise of his first viral TikTok was the perfect story — an out-of-the-ordinary circumstance and a mesmerizing cliffhanger. Isabel Cooling (BFA 2022, @imnotisvbel on TikTok) had a hearty 48,000 followers on her TikTok, and lucky Evan happened upon her unsupervised and unlocked phone in the stairwell of SAIC’s 162 Residence Hall. He opened this mysterious phone to find almost 50 thousand people ready to listen to him.

“Um, so I just found this phone in the stairs … you didn’t have a password, silly, silly girl, and you have 48 thousand followers on TikTok?! Don’t mind if I do!” Evan said sassily. It looked as if he had just picked up the phone as he was making his way down the stairs. He changed angles quickly, zoomed in and out, and shook the phone to emphasize points. “I don’t really know what I’m supposed to do with this, I’m gonna give your phone back to security I guess? But in the meantime … anyone got any ideas what I should do with this page? Cause … got 48k here, what’s good, fam?” This video was posted on May 19, 2020. It currently has 2.7 million views, 730,000 likes, and 1,500 comments.

As it turns out, this wasn’t exactly the sequence of events that happened. Reality is a bit less dramatic. I asked Evan to tell me his side of the story: “It all started off as a joke. Just because quarantine was a thing, I needed to find something to stimulate myself that was outside of art. Isabel was really bored with her TikTok and she was like, ‘Ya know, I kinda just wanna give you the username and password.’ And I was like, ‘Okay, I think I have an idea!’”

The fact that this wasn’t a funny coincidence shows how much thought Evan has put into this venture. He constructed a story line that he knew would do well with the TikTok algorithm saying, “My job is just to make stuff, and TikTok does all the work for me: finding the right customers, clients, personality types that will clash with what I’m putting out there.”  Having a video go viral and getting your 15 minutes of fame is one thing, but Evan was able to retain and gain attention.

Part of his hook was these funny little ceramic eggs that he created. “The eggs came about,” Evan explained, “from this one video I took in my dorm that was about random things in my college dorm that just make sense. It was just little knickknacks and posters and different things that friends from school had made me. And then I had my eggs in it and I called them my ‘window eggs,’ and everyone was like, ‘I need a window egg.’”

That’s when Evan knew he had found his thing, his niche.

Evan essentially has two types of videos: marketing for his artwork, and what can only be described as a form of very absurd performance art. When he’s not promoting his art, he is in the middle of nowhere, comedically discussing existential topics, always accompanied by his eggs, and sometimes a chinchilla. A lot of comedy on TikTok is just so absurd, you can’t help but laugh, and Evan fits right in with the rest of them.

He explains a bit of his thought process: “How I got people excited about the eggs was using them as a prop for so many different videos. I started making P.O.V. and transition edits to Billie Eilish [songs] with them, and then I started running around in the forest, chaotically, with them, and then I started doing cult-vibe videos with them. I was trying to saturate the market and get them used to this idea before I released my first set of products.”

Despite having this exciting opportunity fall into his lap, Evan, like most of us, was not immune to the worst effects of the pandemic. He moved back home with his mother in Vermont, started working at a preschool, and decided to take a semester off of school.

“I thought to myself, ‘Well, I should use the money I make from the preschool to start my own business and fund startup costs.’ I got a cheap, $500 kiln off Amazon, that was so tiny it was a joke, but big enough to work!” Digging up mud from a stream in his backyard, he started learning how to make his own clay. He was able to use the clay from his backyard to make his ceramics.

“I say it to everyone, in all of my thank you letters that go out with every order: ‘You’re getting a piece of my home, this is very special to me, and you have, therefore, not only a piece of my home but a piece of me.” He has made over 400 ceramic pieces in the last six months in that tiny little 5×5 kiln. Describing how he felt after his first launch, Evan said, “I was at the preschool job realizing orders were coming in while I was sitting there at this one job, making minimum wage, I was making more off of my website.”

Once he realized what this venture could become, he decided that returning to SAIC wasn’t in his best interest, at least for now. However, he is planning on returning to Chicago soon. This, of course, means he will lose access to his backyard clay, but he talked about how it can be limiting in some ways, so he’s excited to expand what he’s able to create.

Evan seems happy making his eggs … or, well, kind of. “I was starting to feel like that was all I could ever be,” he told me. “My entire branding was based around it, like I am The Egg Man.” However, he seems to be taking steps to change this. In our conversation, Evan disclosed to me that he is currently working on a new collection and gave me a sneak peek at the pieces. It won’t be a complete rebranding, he still plans to make eggs, more of a shift to showcase more of what he is capable of. He talked about how truly interdisciplinary his art is and that this next launch will not only include his ceramic pieces, but also paintings, prints and clothing, which he is doing in collaboration with his partner. He hopes to launch in April or May.

Despite Evan’s hefty following on TikTok, he is currently on a hiatus, having not really posted anything since January. However, I’m glad he’s taking time for himself. I’m excited to see what the Egg Man does next — as are his 400,900 followers, I’m sure.