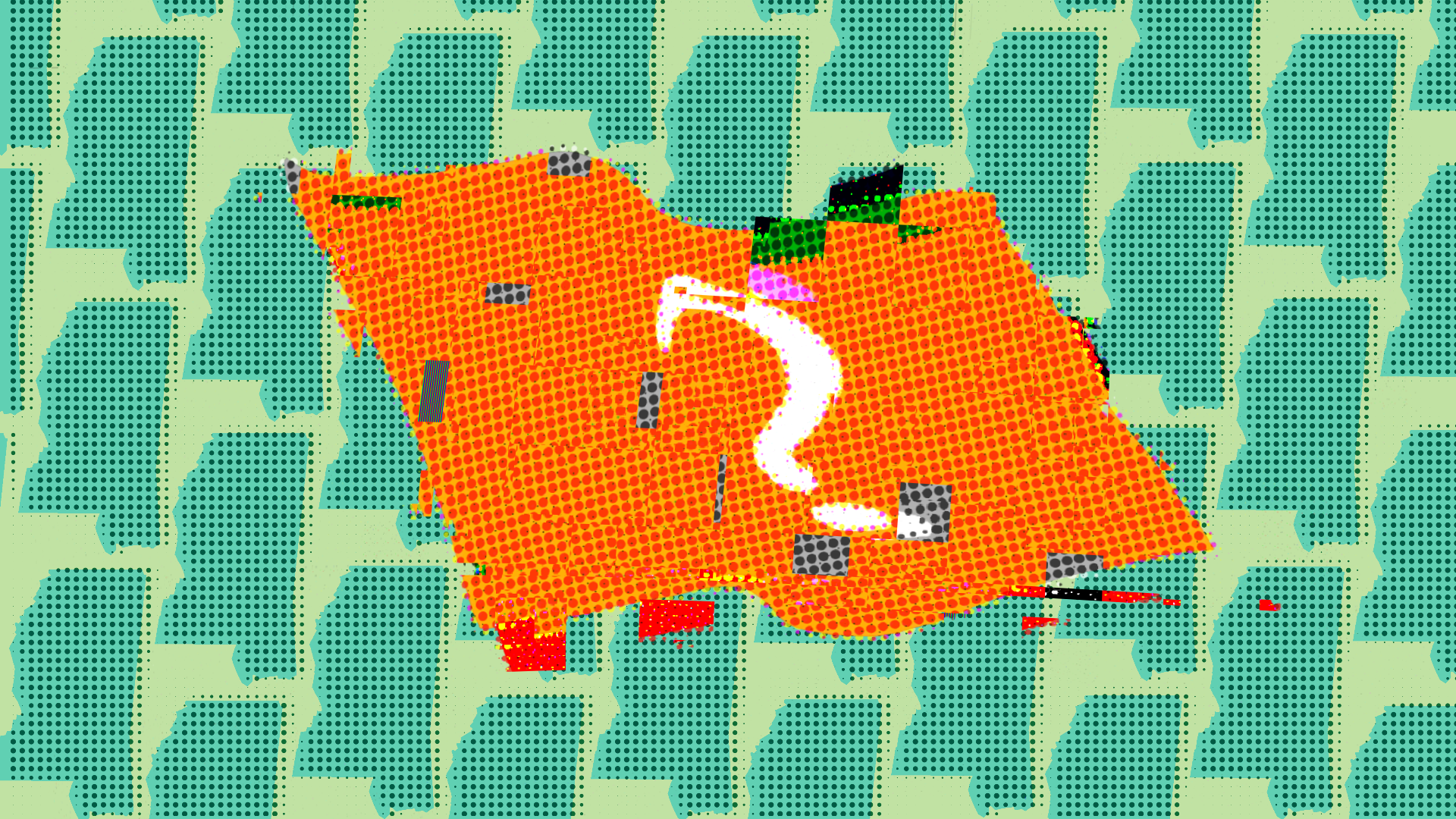 The 2020 election cycle ushered in a new public image for the state of Mississippi. Rejecting the flag they’ve flown since 1894, which combines the branding of the former Confederacy with General Robert E. Lee’s infamous battle cross, Mississippi voters approved a design whose focal point is a simple graphic of a magnolia. It passed by referendum on Nov. 3 with over 71 percent of ballots marked in favor. But Mississippians had months to prepare. Their deep-red legislature and Republican governor responded to the summer’s wave of racial justice reckonings by passing a bill to revoke a design whose days were already numbered.

In fact, this isn’t the first time that the state flag’s fate has come into question on the ballot. A 2001 referendum asked voters to select one of two new designs (neither of which honored the Confederacy), or to keep the old one in place. The last option won, and Mississippi remained the only state in the country to preserve the most widely recognized confederate symbol — Lee’s dark blue Cross of St. Andrews. It’s a composition that is as visually arresting as it is sociopolitically violent.

Up until the latest election cycle, Mississippi’s constitution made electing Black state officials next to impossible, but this year, voters approved an amendment that actually appeared on the ballot right above the flag measure. Whether or not it will increase the representation of Black Mississippians in the state’s government remains to be seen; The same could be said of the flag redesign and the proliferation of a racist culture.

But here’s the catch: a handful of other former Confederate states have managed to evade the flag stigma through ever-so-slight allusions to the emblems of their failed secession. Arkansas’s diamond is a blatant tessellation of the battle cross; Alabama and Florida maintain the shape of the cross but alter the colors to red against white; and Georgia, after removing its cross in 2001 (the same year that Mississippians voted not to), switched to a layout that is strikingly similar to the layout of the flag that represented the Confederacy itself.

This level of subversion suggests that even though a state has supposedly renounced the oppression of Black Americans on a symbolic level, they’re still trying to preserve a culture that is anti-Black. Arkansas didn’t have any laws banning hate crimes until July 2020. Alabama’s state history agency recently owned up to pushing a narrative honoring the Confederate agenda from the early 1900s to the present day. Up until this year’s election, Florida’s one-million-plus former felons (a demographic that is roughly one quarter Black) could not vote. Georgia’s electoral system favors the rural white vote while making it more difficult for Black candidates to win state-level elections.

Mississippi’s previous flag was explicitly racist. It kept its battle cross tucked into the upper-left corner atop three stripes of blue, white, and red, matching the proportions of the original Confederate states flag. Needless to say, the state’s commissioned flag designers didn’t have to think too far outside of the box to come up with a less racist design. They switched to a vertical orientation with a red background, added two gold stripes on either side of a dark blue center section, and placed a magnolia inside a circle of white stars. When the state made the decision to replace its flag, it upheld a public commitment to include the phrase “IN GOD WE TRUST,” so these words sit at the base of the star circle. Aesthetically, it’s certainly more pleasing to look at than the previous design, but it’s still just a flag.

At their best, flags establish cultural identity and provide information. At their worst, they enforce unwavering loyalty to an ideology or overarching agenda. Their likeness is commodified as clothing or window decals to aid in the proliferation of the beliefs they represent as the end all be all.

Almost 40 percent of Mississippi’s population is Black. So for the past century and a quarter, Black Mississippians have been living in a state whose public image glorified their oppression. Obviously the erasure of Confederate symbolism is long overdue. But at the end of the day, amendments to flags and mascots are among the more superficial steps in the development of an antiracist society. Even states that have no history of honoring Confederate imagery still maintain anti-Black culture and policies. Wisconsin incarcerates nearly ten times as many Black citizens as it does white citizens. Black households in New Hampshire have an average income that is almost half as much white residents. In terms of Black employment and home ownership rates, the cities with some of the widest disparities are scattered throughout the Midwest, the Northeast and the West Coast, rather than lying predominantly in former Confederate states.

Back in June, just a few days before Mississippi brought the final decision to change its flag to its state legislature, the National College Athletic Association (NCAA) threatened to block the state from hosting championship games within its conference if the Confederate battle cross remained on its flag. Whether or not Mississippi’s Gov. Tate Reeves was pressured by this ulterior motive, he tweeted not long after, “The argument over the 1894 flag has become as divisive as the flag itself and it’s time to end it.” Reeves might be oversimplifying the source of divisiveness in his state, though. Mississippi’s structural racism and residual poverty rates made themselves glaringly obvious in the early weeks of the pandemic, which held grave consequences among the state’s Black residents; by the second week of April, Black Mississippians accounted for 56 percent of positive diagnoses and 72 percent of deaths. A flag cannot address this.

The NCAA’s ultimatum perpetuates a cycle of granting a sort of participation award to states who join the rest of the country in publicly denouncing the principles of the Confederacy. Besides, grassroots organizers and Black politicians have been calling for the flag’s retirement for years, but they also do critical work to improve the lives of Black Mississippians at the ground level too. If Mississippi really wants to resolve its structural racism, it’s going to have to look further than the tip of its flagpoles. Because while policy is only as effective as its implementation, symbolic gestures don’t ask for either.

News From the Flagpole to the Legislature
« Previous Story

Here’s What Young Poll Workers Have to Say About...

What Do Chicagoans Want From the City Budget?