The Unexpected Guidebook for Movement

How a corny bestseller helped me cope with 2020 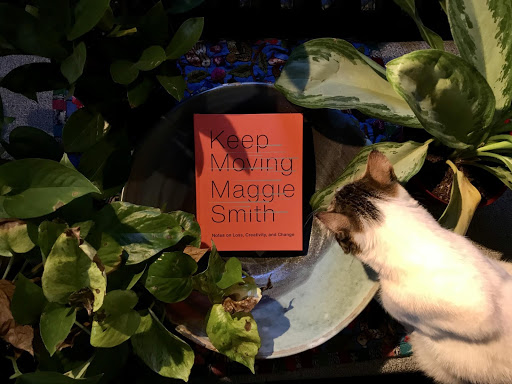 It’s early in the morning on Lake Shore Drive as my bus gets me closer to work. The sky is huge at the lake’s side and blocked with the city’s buildings on the opposite end. Despite that, the scattered purple strokes that hold the golden clouds have over everything, part to reveal all the trees in a black tint. This back route is what colors my routine into something extraordinary. I desperately want to tell someone to look at the sky. It is so beautiful I want to ask the driver if he has looked at the sky already, but I’m in the last row, alone. This is what Maggie Smith’s refers to in the here new and now national bestseller book, “Keep Moving: Notes on Loss, Creativity, and Change,” as ‘beauty emergency’.

In 2017, Maggie Smith’s book “Good Bones” was named one of the Best Five Poetry Books of 2017 by the Washington post, and the poem with the same name “Good Bones” went viral and got translated to dozens of languages. As a result of her past three books and whole body of work, she’s won many awards. Several of her essays have also been published in the New York Times and the Washington Post, granting her international recognition. Her poems deal with the crippling anticipation of the worse, the intense and exhaustive quest for beauty and silver linings in a world of horror, and the desperate need for understanding our own questions.

Her latest book, published in October, started with Smith’s Twitter posts during her time navigating a divorce, which caught people’s eyes online. Not only were they filled with hopeful optimism, but they also invited a space of self-reflection and forgiveness. I like to think Maggie Smith knew that this year would most likely be the only window of time where a book like this, a hybrid of poetry-essay-memoir-self help with a neon, agenda-like cover, could become a meaningful experience for so many. She knew well that we are in desperate need of messages of positivity in a world that has been crumbling down for the last few months, just like hers had been for the few last years. Suddenly, every single person in the world needed to cope and grieve at the same time, and this book presents itself as a helpful tool to adjust and understand the pain change brings with it.

There is no doubt that this book stands out compared to her other works. This collection of poems, more like general advice or micro pep talks, all end with the same final line “keep moving,” with brief autobiographical essays scattered throughout, making it hard to review. It’s almost impossible to isolate one part, one poem, from the entirety of the books, so the review ends up being about the experience, not about the work itself. My first thought was that it resembled Tumblr poetry, Rupi Kapur being the quintessential figure of this often-mocked sub-genre, and it bothered me to think that award-winning Maggie Smith decided to transform her style and skills to target a new audience into giving us exactly what we want to hear. Yet, just the fact that this book exists outside the Tumblr sphere is automatically challenging it from being a complete cliché.

I was experiencing resistance for the first half of the book, finding myself having to stop, wondering if writing had to eventually become what’s most marketable, even if that meant corny content. I imagined if having “The Odyssey” in a neon pink cover with font size 48 could make it worthy of young people’s attention. Yet, once I got past this judgement, I enjoyed the second half of the book, understanding that a core aspect of Maggie Smith as poet is her need to undergo transformation, constantly starting from scratch in order to get a big gulp of fresh air, even if in this case it meant finding a way to speak to all. Putting my resistance aside, I found some of Smith’s advice truly heartwarming and understood that she too, has changed like most of us had.

Below is my favorite poem of the book, one I still keep in mind.  Smith’s ability to embrace her multiple selves, encouraging all of us to do the same, is admirable. I invite everyone who gets to read this book to try to write some of their own “keep moving” poems as we wrap up the exhausting 2020 and move gracefully  into whatever 2021 holds in store for us, now a little bit more accepting and prepared. 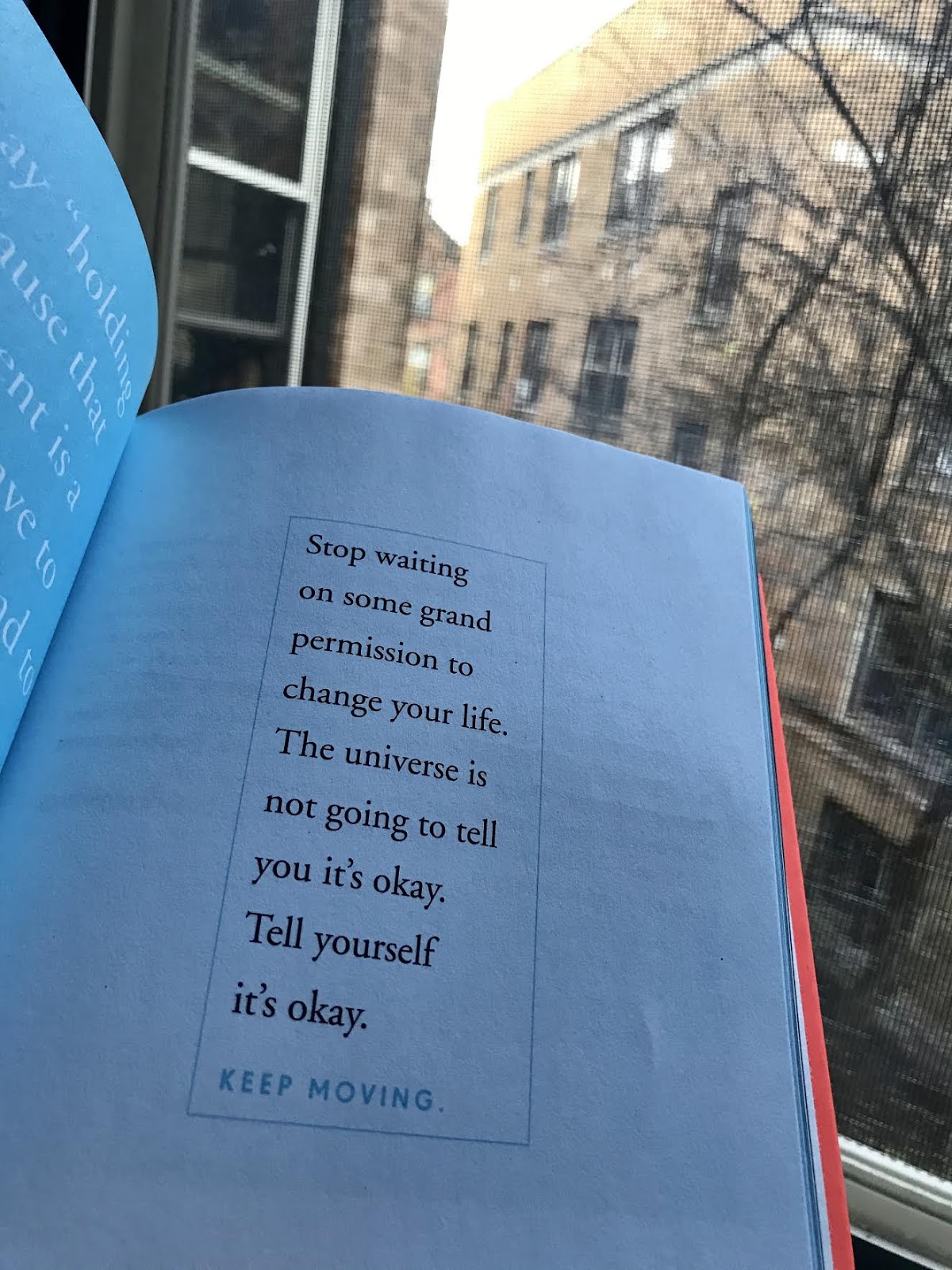 She Did What?! A Deeper Look at Jessica Krug

Pandemic: A Collection Dreaming Inside

One Response to The Unexpected Guidebook for Movement