Cost-cutting, no health insurance, and constant surveillance — all to save Prime Members a few dollars. 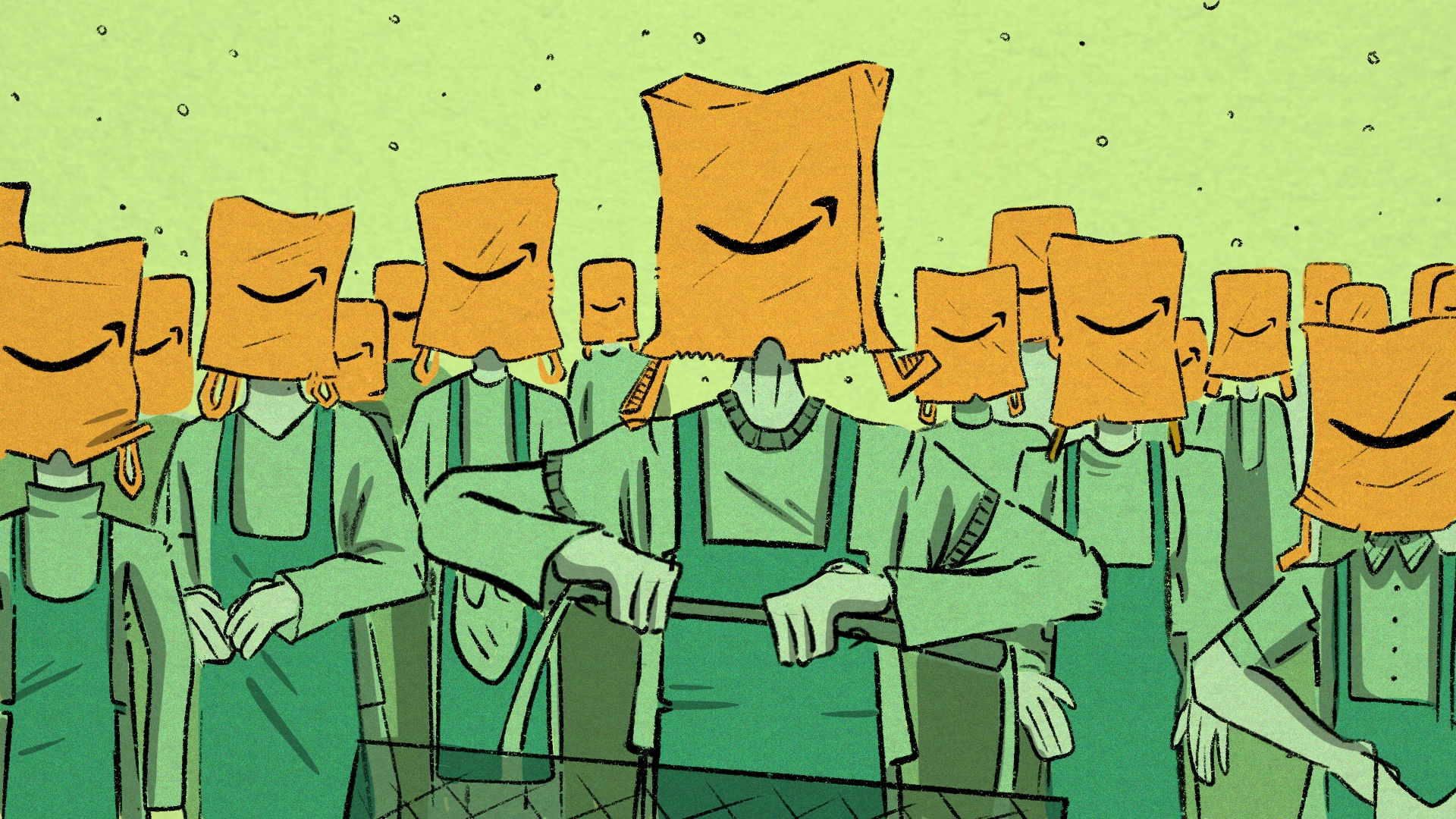 As per Whole Food’s General Information Guide, names and personal details of my coworkers and I remain confidential.

“Ever since Amazon bought this company, Whole Foods lost its shine. I used to love working here. Now it feels like just another factory job.” — Whole Foods Worker in Chicago, IL

The Amazon-Whole Foods acquisition of 2017 is not one to be forgotten, neither by customers nor Whole Foods employees. It revolutionized the supermarket business and promoted Jeff Bezos’s trillion-dollar company. But most of the initial reports on the topic highlight the CEOs and the dollar signs, neglecting the faces behind your local Whole Foods cash register.

On a surface level, working at Whole Foods isn’t that bad, at least in my experience. I clock in, work as a cashier, clock out, and repeat. It’s a tiring, but relatively simple job. I work at a grocery store, no big deal. My days are full of “Hello! How’re you? Do you want a bag?” and forcefully asking if customers want to scan for their Amazon Prime account (mainly for data collection, occasionally for savings). Mundane complaints about retail work aside, Amazon has taken a masterful approach to remaining consistent with longtime Whole Foods customers’ expectations: The produce is still as fresh and colorful as before, all workers wear the same black and green aprons, and their music is gentle as ever. But if you stay and pay attention to the increase of Amazon Prime signs, and the ratio between regular customers and Amazon Prime Shoppers, the flaws begin to unfold. Employees’ hours are cut across the store to save money, full-timers are scheduled a measly 30 hours per week, and the livelihood of Whole Foods dims as Amazon’s data-collection efforts feed off of Whole Foods customers’ shopping preferences, both on and offline.

It’s easy to argue that the Amazon-Whole Foods marriage was essential for the success of the chain. For a long time, Whole Foods was the only grocery store focused on specialty and organic diets, but it lost ground once other competitors joined the game. Before its sale to Amazon in 2017, stores declined at 1.5 percent, with a 2.5 percent decline the year before. With massive pressure from activist investor Jana Partners for Whole Foods to sell itself, the $13.4 billion transaction saved Whole Foods from declaring bankruptcy. The secret deal between Whole Foods CEO John Mackey and Amazon CEO Jeff Bezos fell deeper into the shadows with the publicity of the acquisition and its potential to change the function of both companies.

In a way, Amazon saved Whole Foods from going bankrupt. But, as an employee, I’m not convinced that customers are happy with this outcome. I interact with customers for about 30 hours over the course of every week. Besides the standard grocery shopper complaints — usually focused on sticky raw chicken, broken yogurt tops, cracked eggs, and other usual suspects — Amazon’s stronghold has raised concerns about privacy, pricing, quality, and whether or not any of the Prime benefits are worth it. With the Prime membership fee ranging from $6-12 monthly, and limited sales at Whole Foods even for customers who do have the pricey Prime membership, Whole Foods has yet to shed its ‘whole paycheck’ stereotype.

But Whole Foods does feel different under Amazon’s shadow. At select stores, including my own, an entire portion of the front-end is now dedicated to Prime Shoppers, Amazon employees who deliver groceries to Prime Members. What was once a massive window now hides behind bulky shelves and fridges.

And with the increase of online grocery shopping, Amazon now has access to all of Whole Foods’ data to compare how the same customer will shop online versus in-person. Amazon’s Prime service and real-life checkout lanes ultimately serve as a data collection service hidden in your grocery cart. The specific deals Amazon offers to Prime members are an extra 10 percent off any yellow sign item (excluding alcohol), blue sale Prime signs, and free 2-hour delivery. Amazon’s goal is to encourage as many Prime shoppers as possible to consider Whole Foods their primary grocer, rather than an exclusive — and exclusionary — market.

Amazon alters how Whole Foods runs internally as well. For example, in February 2020, all Whole Foods Markets took a cut of 7 percent in labor. At my store, all full-time employees in the bakery department have been cut down to 35 hours in order to save on labor costs. Where are those hours going? To the discounts for Amazon Prime shoppers.

Under Amazon’s rule, part-time employees no longer have access to health-care benefits. Whole Foods actively prefers to hire part-time (10-20 hours) and part-time-20 (20-30 hours) employees, and even re-interviews those requesting full-time hours. The denial of healthcare for team members is a malicious attack on the majority of workers across Whole Foods, denying the protection of those working the hardest for a massive company.

Along with a cut in labor, the new year has brought other changes to how Whole Foods functions. Our lockers no longer may hold our things overnight which means all employees must bring their apron, knee pads, boots, and other equipment home at the end of the night. But the most shocking change in policy is the new random employee bag check policy— at any point, anyone from leadership in Whole Foods may search the contents of an employee’s bag.

Amazon is constantly conducting surveillance on its employees. With countless cameras in the checkout lane — but none in the parking lot to protect customers — Amazon is primarily concerned with merchandise protection. Along with a security guard out front, two undercover loss prevention officers roam the store, watching customers and employees.

I’m indifferent about my position at Whole Foods and the grand scheme of things. Do I technically work for arguably the scariest monopoly in existence today? Absolutely. Do I plan on quitting? No, I get paid $15 per hour to ask people simple questions. There are people at Whole Foods for their primary source of income, there are people at Whole Foods working for extra spending money. But there is an inherent contradiction in a company that capitalizes on a mission to “nourish the people and the planet” as per the Whole Foods website and “promote team member growth and happiness,” while denying access to healthcare for part-time employees.

Whole Foods claims to “design and provide safe and empowering environments where highly motivated people can flourish and reach their highest potential,” but under control of Amazon, I’m not sure how relevant the Whole Foods “core values” are in what feels like just another factory. It’s draining. It’s exhausting. And clocking in at Whole Foods has become an everyday battle with Amazon, without any employee autonomy or anyone listening to the faces behind the cash register.

Netflix & Ciabatta: Texts from the Italian Men of...