A new wave of talent is shaking up the definition of country music, and for good reason. 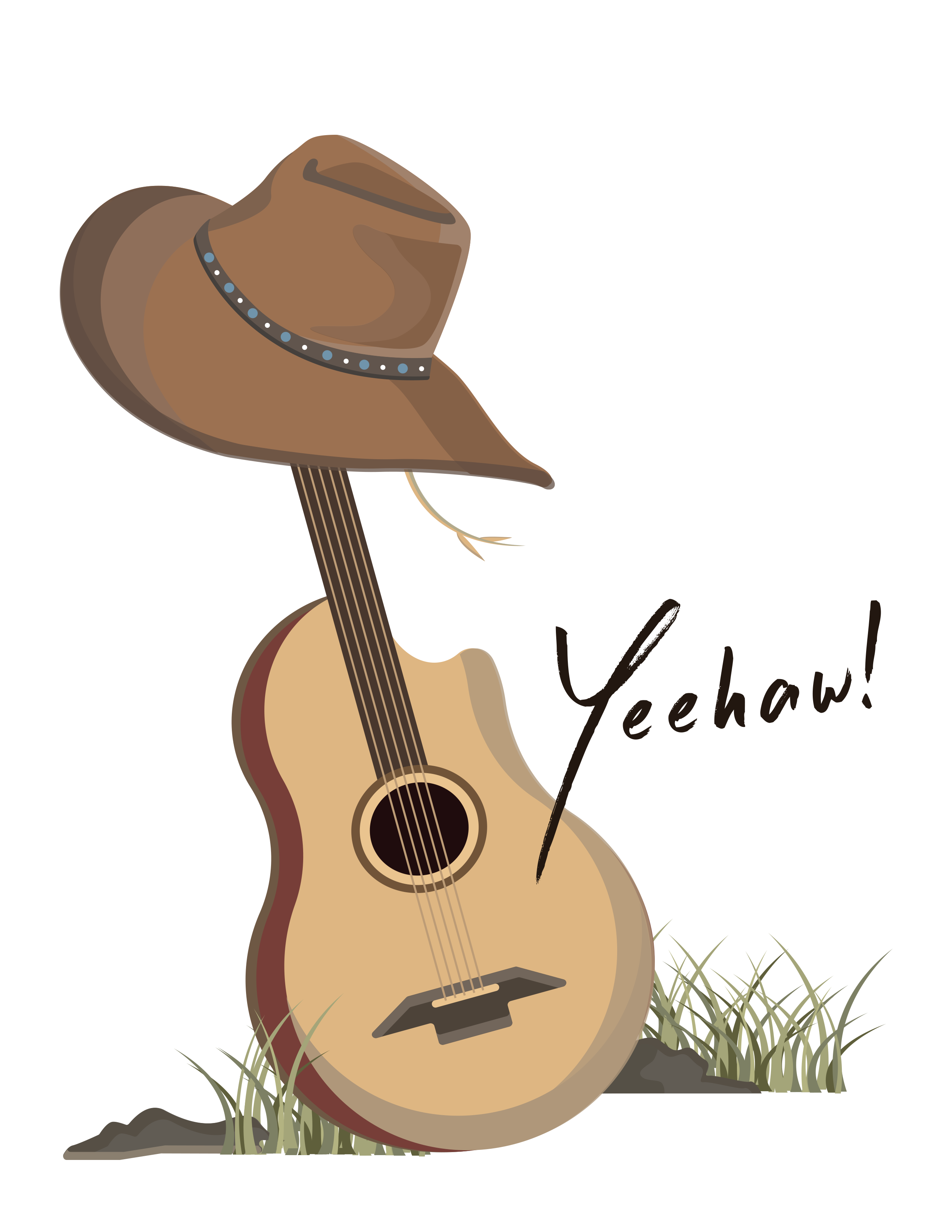 Country music is having a moment. In the spring of 2018, a video of eleven-year-old Mason Ramsey yodeling in a Wal-Mart went viral and planted seeds for the Internet to become (ironically) obsessed with country music. But more than a year later, country is more than a meme. Lil Nas X’s rap-country hit “Old Town Road” held the number one spot on the Billboard Hot 100 chart for a record-breaking nineteen weeks. Kacey Musgraves’ pop-country album “Golden Hour” won Album of the Year at the 2019 Grammy Awards. Blanco Brown’s rap-country hit “The Git Up” inspired a viral dance trend on Tik Tok. Mainstream culture has historically dismissed or derided country music, but now, it’s undeniable: Country is cool.

To be clear, what many people normally think of as country music — good ol’ boys singing about trucks, beer, and girls — isn’t what’s taken the mainstream by storm. This new wave of cool country comes from people from outside that genre’s standard demographic, borrowing from the musical style or its aesthetics. In February of this year, rapper Cardi B donned a pair of red bandana print, bedazzled chaps, and a matching cowboy hat in the “Thotiana” remix music video, and looked incredible. Then in March, “Old Town Road” debuted on Billboard’s Hot Country Songs chart and later on the Hot 100 chart. When rapper Lil Nas X put on a cowboy hat and sang “Can’t nobody tell me nothin’,” he possessed a swagger, charm, and humor that was totally irresistible. And thus, a trend was born.

Bri Malandro dubbed this cultural moment “The yeehaw agenda.” The origin of her term came from a reference to an image of Ciara wearing a cowboy hat on the cover of King Kong magazine, and since has come to refer to the recent upswing of cowboy aesthetics in popular culture, specifically black culture.

But the intersection of cowboy culture and black culture in the United States is not a new intersection. There have always been black cowboys. In the 1870s and 80s, 25% of 35,000 cowboys on the Western Frontier were black. The Lone Ranger is thought to be based on Bass Reeves, a black man and freed slave who was a deputy marshal and outlaw wrangler in West Texas in the 1800s. And the term cowboy was originally a derogatory term for a black cowhand.

What’s more, cowboy aesthetics have actually been a part of hip hop, rap, and R&B since the late ’90s. Beyonce rocks a cowboy hat in the Destiny’s Child music video for “Bug-A-Boo.” Nicole Wray wears a cow print cowboy hat on the cover of her album “Make it Hot“. Lil’ Kim dresses in a cowgirl outfit and rides a giant chicken in Methods of Mayhem’s video for “Get Naked.” Ginuwine’s saddle is waiting in the bass-bumping classic “Pony.”

And after Malandro coined the term “the yeehaw agenda,” there has been an even greater explosion of artists using cowboy aesthetics, in what GQ deems a “self-fulfilling prophecy.” Houston-born Megan thee Stallion sported a bejeweled cowboy hat and chaps for her performance of “Big Ole Freak” on Jimmy Kimmel. Cardi B donned a glitzy pink cowgirl outfit with extra fringe for her performance at the Houston Rodeo. To promote Solange’s latest album, When I Get Home, i-D Magazine featured the artist on its cover draped in white cowboy hats.

A decade ago, “Old Town Road” may have disappeared like Snoop Dogg’s foray into country rap, “My Medicine.” Instead, it was the #1 song for nineteen weeks. And it wasn’t just the catchy lyrics. The song was primed to go viral because Lil Nas X is good at the Internet. According to Intelligencer, before “Old Town Road,” Lil Nas X had a six-figure following on Twitter amassed from “trafficking in memes, viral threads, engagement bait, and Nicki Minaj stanning.” His followers became the first listeners of “Old Town Road,” and the song quickly went viral, inspiring a Tik Tok meme dubbed The Yeehaw Challenge, in which users drink a beverage labeled “Yee-Yee Juice” and magically transform into a cowboy. Thanks to Tik Tok, Twitter, and pop culture’s budding fascination with cowboy culture, the song quickly became the biggest song in the country.

The country industry was initially wary of the arrival of the “the yeehaw agenda.” In March, “Old Town Road” was listed on Billboard’s Hot Country Songs and Hot R&B/Hip-Hop Songs charts at the same time. But later in the month, the song was removed from Hot Country Songs. Billboard’s justification: “It does not embrace enough elements of today’s country music to chart in its current version.” It’s a song about horses. Sung with a twang. Against a plucky guitar backing. But its hip-hop beat was enough to warrant a booting. Over the summer, it seems Billboard has warmed up to fusion: “The Git Up” currently holds the #1 spot on the Hot Country Songs chart.

The controversy around whether or not “Old Town Road” belonged on Hot Country Songs raises questions about authenticity — was “Old Town Road” not country because of its beat, because it was sung by a black rapper, or because it wasn’t produced by a Nashville record label? Who gets to lay claim to country? Who gets to be a cowboy? Anyone who grew up on a farm or ranch? White Southerners?

If anyone gets to lay claim to country, it should be black people. “In the antebellum South, banjos, fiddles and harmonicas were the dominant instruments played in black culture,” and country was a “[staple] of black culture,” says Pamela Foster, author of “My Country: The African Diaspora’s Country Music Heritage.” However, over the past century and a half, the black roots of the genre have been forgotten while white country artists have “made No. 1 hits from songs created or first performed by African-Americans” and “as country music aligned itself with white-centered politics in the 1980s and ‘90s.” Today, in the Country Music Hall of fame, only three of the inductees are black. Considering the country industry’s history of excluding black artists, it’s no surprise they booted Lil Nas X off the chart. But the rapidity with which “Old Town Road” rose to #1 suggests Billboard’s authority is waning, whitewashed country has limited appeal, and that black cowboys are making a comeback.

And as far as the question about authenticity, all entertainers intentionally craft their brands. Whether hot girl Megan thee Stallion or country boy Luke Bryan wears a cowboy hat, it’s a choice. Lil Nas X called attention to that choice: his over-the-top outfits (see: his holographic cowboy jacket, his embroidered and bedazzled suit, his fuzzy red cowboy hat) feel closer to costumes. But just like Dolly Parton’s extravagant style, his style is a celebration of the fun, campy elements of country and cowboys.

That’s another reason why cowboys are in vogue right now: They’re fun. If you’ve ever been to a western clothing store, you’ve seen the cowboy boots in every color, the carefully embroidered shirts, the fringe on everything. It’s a costume anyone can wear without appropriating another culture. Try saying the word “yeehaw” and not having fun! That’s what “the yeehaw agenda” is about: having fun with fashion, loosening the country industry’s tight grip on country conventions and cowboy aesthetics, and challenging the myth that cowboys have always been white. Giddy up.

Chicago’s Past is the Visualist’s Future