The AIC has a divestment policy in place for its endowment. What is it? 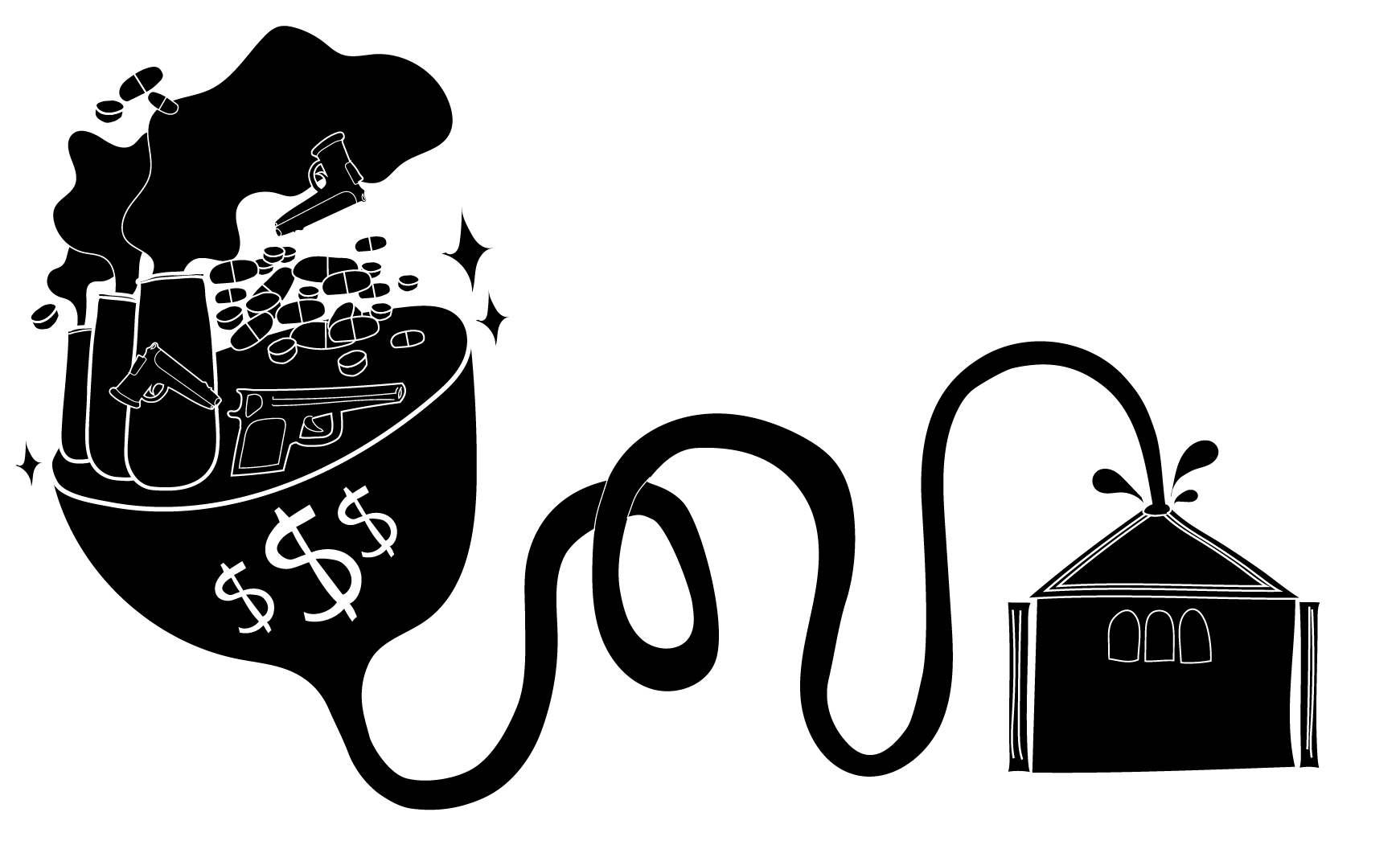 This is Part 2 of F Newsmagazine’s Divestment Series, a series of articles on fossil fuels, finances, and the AIC endowment. Part 1 explores the financial relationship between the School and the Art Institute. Start reading here.

In a policy adopted in 2013, the Art Institute of Chicago (AIC) “maintains a strong presumption against divesting for social, moral, or political reasons.” Alex Holt, AIC’s executive vice president for finance and administration, forwarded me the full policy, reproduced below.

Divestment — the removal of investment money from an industry or company deemed immoral — is the opposite of “investment.” When an individual or an institution pulls capital out of a particular company or industry, they have divested. Of late, activists have pushed for wealthy entities to divest funds from ethically compromised companies — those contributing negatively to phenomena like climate change, the opioid crisis, and/or weapons manufacturing, to name a few.

A “strong presumption against” divestment means that the AIC will not actively dis-invest from particular industries. This non-divestment position is based on “the fiduciary responsibility to maximize returns on investment consistent with appropriate levels of risk,” as well as the need for institutions to remain neutral on politically charged issues — climate change, unnamed but implied, prominent among them.

The Art Institute of Chicago boasted an endowment worth $1.122 billion at the end of the 2018 fiscal year. Endowment funds pay for student scholarships, faculty positions, campus operations (e.g., the Wellness Center renovation), as well as equipping studios, labs, and workshops. AIC invests a large portion of that — $1.023 billion in 2018 — in a range of assets, including, said Holt, “a small amount of energy assets.” Given recent upswings in divestment and ethically driven impact investing, we wanted to find out where the AIC stood.

Generally speaking, you invest in something when you believe its value will grow in the future. If this happens, you’ll have more money than you started with. Had you bought ten shares of Apple, Inc. on Dec. 12, 1980 for a grand total of $5.10, today you’d own shares worth well over $2,000. Institutions like AIC do this same basic activity on a much broader scale, with help from an investment firm and far more than $5.10 at their disposal.

The matter of divestment is particularly urgent for individuals and institutions outwardly devoted to ethical rectitude. For example, a politician promising to combat climate change while privately investing billions in Exxon Mobile would be opening themself up to charges of hypocrisy. This is precisely the argument divestment activists have been making since 2010 with regards to fossil fuel investments. An institution claiming devotion to environmental sustainability but investing in energy companies is talking out of both sides of its institutional mouth.

AIC abstains from “tak[ing] positions on such matters,” asserting that they should “remain silent so that individual staff, faculty, and students may engage in open discussion and debate without concern that the institution favors one view over another.” In other words, AIC believes that if it divested capital from ethically dubious companies, it would infringe upon campus free speech. The implicit message is that refusing to divest is a neutral position, not a politically charged one.

The policy also explains the process for evaluating potential divestments. A person or group who believes investing in a particular asset class hinders the Institute’s mission to “promote art and design” must build a case and submit it to a Management Committee. Depending on the strength of the case, the Management Committee may investigate further or “consider the request on its face without any further investigation.” If they think it’s a good case, it goes to the Executive Committee, who evaluate it again. Denials by either committee cannot be appealed, and neither is required to release statements explaining their decisions or keep minutes from meetings in which divestment cases are reviewed. They have the power to make decisions without accounting for them publicly.

The Art Institute of Chicago is comprised of a world-renowned art museum and one of the country’s leading schools of art and design. Broadly speaking, therefore, the Art Institute’s purpose is to promote art and design through scholarship, displays and exhibitions, research, education, publications, and community engagement. While individual members of the Art Institute community may have opinions on social and political issues, it is neither the mission nor the priority of the Art Institute as an institution to take positions on such matters. If anything, in fact, the Art Institute should remain silent so that individual staff, faculty, and students may engage in open discussion and debate without concern that the institution favors one view over another. Institutional positions on political and social matters of the day risk suppressing the atmosphere of free inquiry and expression so important to both the museum and the school. A healthy community of artists and scholars will have a diversity of viewpoints, and the institution’s role is to encourage and protect that diversity rather than to enter the discussion itself.

Given these principles, along with the fiduciary responsibility to maximize returns on investment consistent with appropriate levels of risk, the Art Institute maintains a strong presumption against divesting for social, moral, or political reasons. This presumption may be overcome only in rare and extraordinary circumstances, where the activities of the company in question are in direct and significant conflict with a core value of the Art Institute or with the Art Institute’s very mission. In determining whether the strong presumption against divestment is overcome, other factors that may be considered include the likelihood that divestment will affect the company’s activities and whether the identified concerns are better addressed outside of the investment arena (for example, through decisions on operating expenditures).

Any member of the Art Institute community who seeks to have the Art Institute divest from a company must submit the request in writing to either the President and Director of the Museum or the President of the School. The written request must explain how the company’s activities conflict with the mission or a core value of the Art Institute and provide supporting evidence. The submission should also address whether divestment by the Art Institute will affect the company’s activities and whether there are other avenues that can address the identified concerns outside of the investment arena. The President and Director of the Museum and The President of the School will forward all such requests to the Management Committee, which currently consists of the two Presidents, the two Executive Vice Presidents, the School’s Provost, and the Museum’s Chief Operating Officer. The Management Committee may consider the request on its face without any further investigation or it may take any steps it wishes to evaluate the request, such as consulting with others, conducting research, or asking the requesting party for additional information. It is up to the requesting party to establish that divestment is appropriate; the Management Committee is under no obligation to gather supplemental information.