In fits and starts, the 2019 film “Ophelia” attempts to rewrite the tragic story of Hamlet’s doomed heroine. 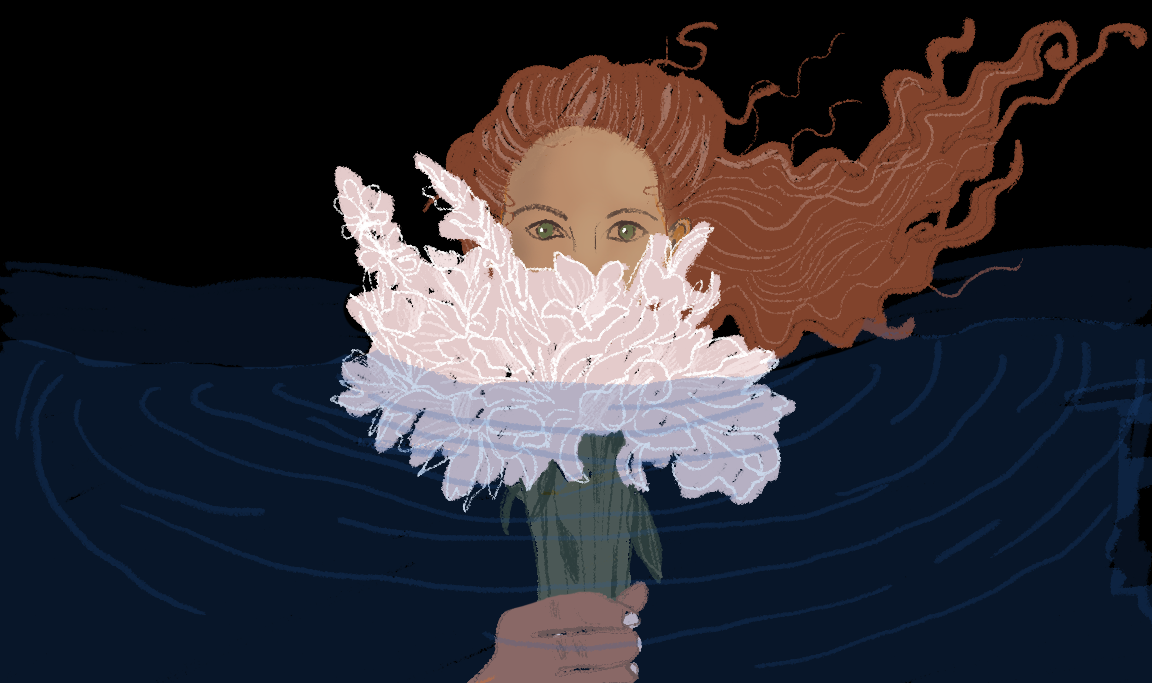 “These violent delights have violent ends.” That could be a definition of tragedy: in the very nature of every person, family, and society, lie the seeds of their destruction. Good tragedy is not the spectacle of physical violence and property demolition — it is the loss and grief that come from the ultimate realization of our own flaws. Tragedy is not (take note, “Game of Thrones” writers) for making the audience miserable. It’s for catharsis and release.

The 2019 film “Ophelia,” directed by Claire McCarthy, retells one of the most famous tragedies in the world, Shakespeare’s “Hamlet.” But in this version, McCarthy alters its tragic structure to center and empower Ophelia. In its change of focus and slight alterations to the plot, McCarthy lets Ophelia separate herself from the tragedy in which she was trapped 400 years ago. This liberation is not perfectly executed, but the film is deeply enjoyable, and in its flaws, “Ophelia” raises some interesting narrative questions.

The original “Hamlet” details the decline and destruction of the Danish royal family after King Hamlet is killed by his brother. Prince Hamlet, the play’s protagonist, seeks revenge on King Claudius. In the process, he manipulates Ophelia, rejects her, and accidentally murders her father. Caught in the crossfire, Ophelia goes mad and drowns herself. McCarthy’s Ophelia (played by Daisy Ridley), unlike Shakespeare’s, has a backstory: though low-born, she is an attendant of the queen, and marries Hamlet in secret. In the end, instead of killing herself, she fakes her death, and escapes the kingdom.

The film has many flaws common to recent historical dramas, such as the canned childhood montage, and the un-nuanced patriarchal conflict (recent female-driven examples “Colette” and “Mary Shelley” come to mind). In moments when it gets narratively shaky, Ridley’s acting holds the film together. She plays Ophelia with just the right combination of naturalness and strength, and stabilizes what is an admittedly shaky script. In lesser hands, the movie could have been a total waste of time.

The character Ophelia has endured for centuries as a tragic female figure, appearing in paintings, poems, and films as an archetype of female madness. Her most famous scene is the flower scene, in Act IV. Hamlet, once Ophelia’s betrothed, has just accidentally killed her father, mistaking him for King Claudius. This is what finally drives her over the edge. She wanders into the royal court, singing to herself. While the courtiers watch in horror, Ophelia hands out imaginary wildflowers — “There’s a daisy: I would give you some violets, but they withered all when my father died.” She wanders out again. The next we hear of her, she has drowned herself in the river, her arms full of wildflowers.

Ophelia endures as a portrait of justified female madness, a rare thing in the Western canon. Even in the original play, no one questions her hysteria or calls it unreasonable. As writer B. N. Harrison says, “Her madness and death is plainly the direct result of the alternating tyranny and neglect of the men in her life.”

Ophelia’s end in “Hamlet” is tragic. Is it in McCarthy’s “Ophelia”? Her own ending is happy, but everyone else still dies, just as in the original. The film tries to thread the needle between tragedy and salvation, but its strongest, most affecting scenes are the tragic ones. The chaos of the king’s death and the final duel between Hamlet and Laertes are both horrifying to behold. And, like the original play, Ophelia’s flower scene is a tragic spectacle. But, in McCarthy’s reconfigured “Ophelia” universe, Ophelia has not actually gone mad. Instead, she is acting the part in a plot to escape. She wanders among the courtiers, singing and distributing flowers, feigning insanity. She plans to fake her suicide, “Romeo and Juliet”-style, and flee the kingdom.

Reading “Hamlet” to compare, the final duel between Hamlet and Laertes reminded me of the flower scene in “Ophelia.” It is an exhibition match for an act of revenge which, by the end, neither man wants. Hamlet’s core question throughout the play is, “Should I take revenge?” The answer the play gives is “No.” The spectacle of that final duel makes a mockery of the whole pointless affair.

This is interesting, considering that the mission of “Ophelia” is a female reconfiguration of an iconic male-driven story. It’s interesting that the way she must escape is through this performance of madness. Does this work, as reappropriation? It buys Ophelia her freedom, but it still gives the audience the famous insanity scene they paid for. So has McCarthy deftly turned the Ophelia narrative on its head, or is she simply having her cake and eating it too?

After faking her death, Ophelia looks in on the duel between Hamlet and Laertes before running away. She asks Hamlet to escape with her; he declines. In a montage interwoven with Hamlet’s tragic, cathartic ending, Ophelia escapes to a nunnery. She shares a final voiceover monologue with the audience, telling us that we don’t really know “her” story. Though I don’t think intercut montage with voiceover is a success (for such a subtle operation, it’s a failure of show not tell), I could see what McCarthy was trying to do here. She was attempting to tell salvation and tragedy at the same time — to show Ophelia consciously separating herself from that narrative, while keeping both onscreen.

I’m not quite convinced by this ending, but it raises some questions that I find interesting — perhaps more interesting than I’d find in a perfectly polished adaptation. Sometimes art that gets us halfway there is more artistically stimulating: we see what they were trying to accomplish, and consider whether it’s possible, and if so, how. So: could it be done? Could a protagonist convincingly rebel against their own narrative? Could you create a successful “opt-out” narrative?

The modern trend of minority retellings offers diverse ways of reclaiming the traditional narratives of the Western canon. This film chooses the “opt-out” route. Is that the only way a cruel story can be reclaimed? (Should a story as cruel as Ophelia’s be reclaimed?) Opting out is an intrinsically reactionary format, rather than self-affirming or self-formed: even if she breaks away, the narrative structure is still the same one built by men. Does that hinder a mission of female liberation?

At a basic story level, I’m not even convinced that an opt-out narrative could uphold the fundamental narrative agreement between the writer and audience. But maybe it’s another way to question the previously unquestionable (i.e. the classical narrative forms brought to us by the white male canon). “Ophelia” is not a perfect film. But its failures leave an interpretive space full of fascinating questions.