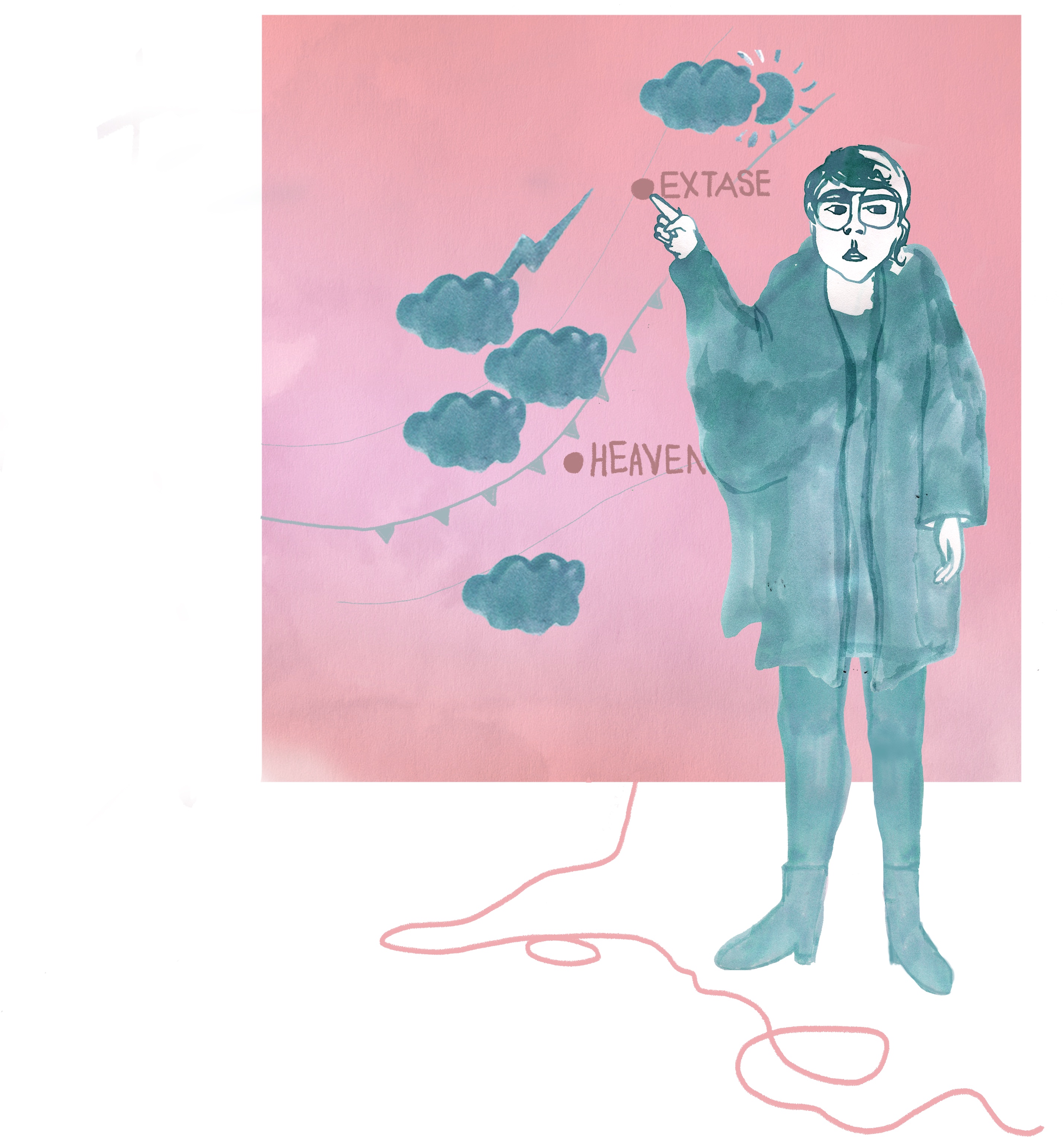 This is the second in a series of letters to art critics. The first, which was to the late John Berger, was published in November 2018 at F Newsmagazine online, and can be found here.

Sometime in September, I tore your piece “Partial Aphasia” out of the Art EXPO-funded art publication THE SEEN and put it in my coat pocket. I wanted to write you this letter in response but I didn’t want to lug the whole SEEN around. Naturally, I lost it. As the weather grew blousier, this process repeated itself several times: I tore “Partial Aphasia” from a copy at the top of a stack of SEEN, left it in a pocket, and never saw it again.

I began to write you from the polar vortex and now it’s spring.

In “Partial Aphasia,” you describe the process of writing about art. You write in a way that is not high on the fumes of the self-reflexivity of this action, but thinking with heart about the role of art criticism as a stepping-stone or a brackish swamp between the artwork and its viewers. It serves some intermediary function between the looker and the thing looked at. But what does it do, and how?

“Art and … ,” you write, is the formula that art writers follow. They must always put art alongside something big and important to prove its relevance: Social Justice, for example, or Politics. The text’s job is to provide art historical context, but it’s also to summon some broad-shouldered, square-jawed discipline on which (the artist claims) the artwork depends, some flint-eyed discipline from which the art dangles like the babe in an 80’s romance novel cover. Certain social theorists are a safe bet, as is ethnography, and, better yet, autoethnography (only in the art world does ethnography get to be really, really trendy).

This easy reliance on other disciplines applies to everyone floating around in the art world: to artists when they dredge together their statements, to curators in their wall texts; to art writers — that sodden clump formerly known as art critics, who now cower under the more mild-mannered moniker of “art writers.” There is some difference between art writing and art criticism, which is that one has agreed to play nice. Art writing is criticism defanged.

And you don’t care for the easy formula of “art and….”  because it relies on some other external thing to rationalize its being. You want the molten core of the artwork and do not know how to get it out for someone else. Isn’t that what the experience of writing about art is about? Like trying to get a walnut’s meat from its shell? But there is no haveable meat, or the meat is not haveable like that.

What you are describing is both good art and the problem of writing about good art. But this reaction has become increasingly rare for me. The most teeth-chattering experience I have had in a while at a museum was last summer’s Thomas Bayrle show at the New Museum.

So what about the critic’s responsibility to bad art, or art that is simultaneously very boring and very bad, like shoals of men from a dating app?

Over the past couple years, I have developed a serious sporting injury. I not only don’t want to look at the bad art, I also don’t want to write about it. Is this a rite of passage for anyone who would spend a lot of time looking at art?

An art critic is supposed to write about the art. Critics are the weatherpeople of the art world. There is always weather and we must always comment on it. I go to Heaven and I go to Extase and I go to Lithium and I have nothing to report. Mostly within twenty seconds of eyeshot I remember nothing. What was the formula for writing again? Art + rambling about the anthropocene = art criticism? The average face on the subway is E = MC² times more interesting than legions of video works on monitors displayed diagonally on the floor.

What if weatherpeople and art critics switched jobs for a while?

I think of the artist Lenka Clayton standing outside in a blizzard in Berlin, painting the snow onto a secondhand landscape painting. I had no sensory experience of Rhona Hoffman or Baby Blue or LVL3 other than trying to warm my toes by the space-heater. All I feel when I go to the openings is industrial-strength ennui, and even this has been thoroughly picked clean by several decades of autofiction writers. The weariness is omnipresent in Lynn Tillman’s “Madame Realism” stories, but I don’t want to read an experience I’m already trying to escape. And that isn’t really art criticism, it’s the ever-expanding field of “art-adjacent writing.”

Art should not be “treated as a proverbial doormat to such ruminations,” you write.

But if the art is really dull, I think the adjacent approach is the only way to make something worth reading. I know that I have really nothing to say about Sarah Lucas other than that she is truly the equal of Jeff Koons, and that the only way I could find anything to write about her work would be to get as far away from it as possible.

I think it departs from art criticism, which is tightly moored to the art itself, and becomes something else. But those ruminations (depending on the specific ruminator) can be very fine indeed. Like the scene of an art viewer weeping in Ben Lerner’s “Leaving the Atocha Station.” Lerner’s other novel, “10:04” — whose title refers to the clip of Back to the Future from Christian Marclay’s 24-hour montage film “The Clock” — can be considered one very autonomous catalogue essay.

You end with an ultimatum. “I am not going to write that any more,” you say.

What is this new art writing you propose? Have you, since the publication of “Aphasia,” conjured anything that illustrates what you mean? Or was this the sort of text, that, like the most convincing manifestos, burnt itself on its own pyre?