Upon first listen, “ME!” is fun and cute. But I could barely get through a second listen once I started to really pay attention to the lyrics. 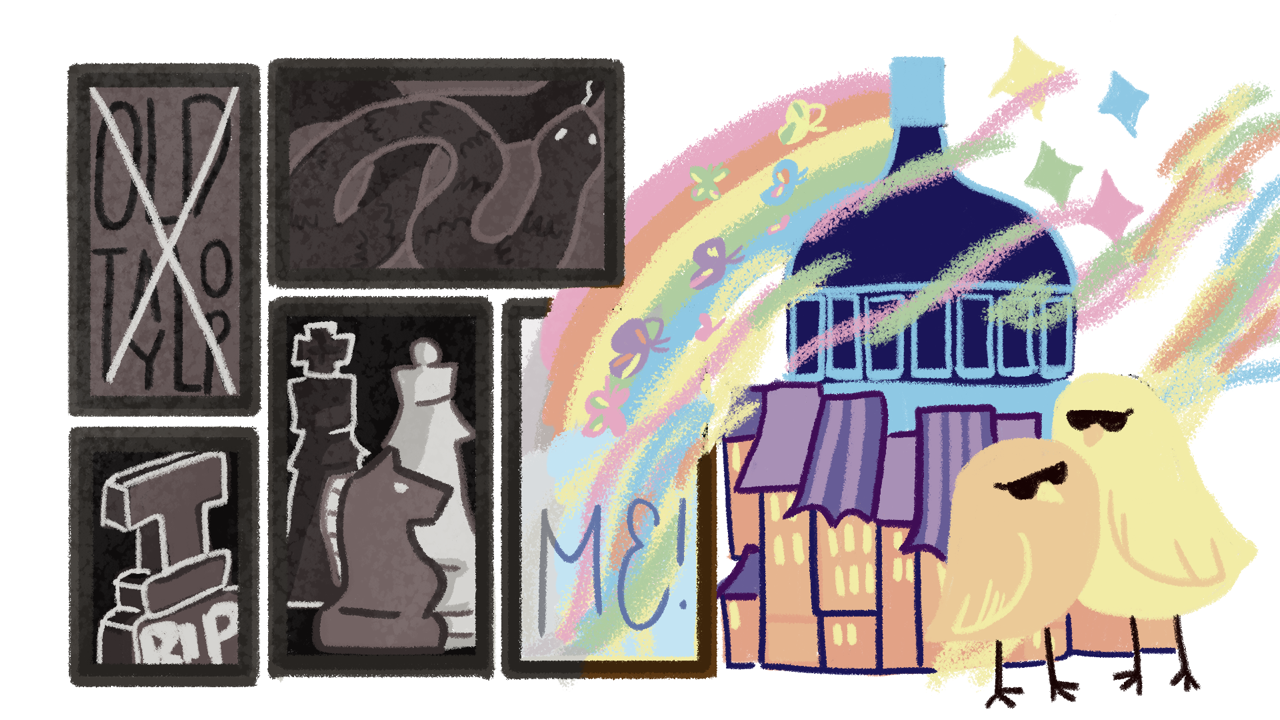 Taylor Swift’s songs have often been sites to air her grievances. “Mean” is a rebuttal to Kanye West’s infamous interruption of her acceptance speech for Best Female Video at the 2009 MTV Music Video Awards. “Dear John” is a less-than-subtle tell-all of her complicated relationship with ex-beau John Mayer. In “Better Than Revenge,” she accuses actress Camilla Belle of stealing her boyfriend and stoops so low as to insist Belle is better known for the things that she does on the mattress, whoa-oh.

After albums full of slanderous songs in which Swift is usually the victim, her image as a lovestruck ingenue has been swapped with an image of an unstable attention-seeker, and as Swift herself sings on “Delicate”: my reputation’s never been worse.

Since the release of “Reputation,” Swift hadn’t released any new music, until April 26th of this year, when she debuted the first song from her seventh album, titled “ME!” The song is not a tell-all, nor is it a response to the public’s opinion of her, as “Blank Space” and “Look What You Made Me Do” were. “ME!” begs for a clean slate.

Before the song’s release, fans speculated Swift would return to country music after the singer unveiled a butterfly mural in Nashville earlier in April and suggested it contained a clue about new music. Her detective-like fans assumed the butterfly was a symbol of rebirth: Swift would emerge from a pop music chrysalis having transformed into a country crooning butterfly.

The clue was more literal. The word “ME!” was painted on the butterfly’s wings. And the song was not a return to country, but arguably Swift’s poppiest song yet.

Against the backdrop of a catchy marching band beat, Swift sings: I promise you’ll never find another like me / I’m the only one of me / Baby, that’s the fun of me. Her bad reputation is hinted at (I know that I’m a handful baby) but ultimately the song is a self-empowerment anthem, a celebration of her individuality, in spite of her scandals. The song’s bubbly positivity is a 180° flip from her previous album, “Reputation,” the darker tones of which sketched a bad girl image for Swift.

Upon first listen, “ME!” is fun and cute, albeit a little cloying and childish. However, I could barely get through a second listen once I started really paying attention to the lyrics.

The hook is barely words, just undulating vowel sounds: mee-ee-ee, ooh-ooh-ooh. Some of the lines don’t make sense: one of these things is not like the others / like a rainbow with all of the colors (which rainbows don’t have all the colors?) The attempts at cleverness are cringey: you can’t spell awesome without me!

The song panned with critics. Pitchfork describes the song as “a brittle blast of synth-pop that drew immediate comparisons to Timberlake’s infantile ‘Trolls’ theme song ‘Can’t Stop the Feeling.’” The title of a Stereogum review says it all: “Ugh Taylor What The Hell Are You Doing?” In response to the criticism, an acquaintance defended Swift by saying, “It might not be sophisticated, but it sounds like a Taylor Swift song.”

But to me, it doesn’t. The hallmark of a great Taylor Swift song, pop or country, is storytelling, peppered with real details that enable the listener to slip into the song. In “Our Song,” she sings, Our song is a slamming screen door / sneaking out late tapping on your window, and I’m right there with her, tiptoeing out of a creaking house for a midnight drive with my lover. In “ME!”, storytelling is almost entirely absent, and the imagery feels generic. There’s nothing to hold on to, just three minutes of blinding positive affirmations.

To be fair, that’s what Swift wanted. “‘ME!’ is a song about embracing your individuality and celebrating it and really owning it,” she said during an interview. “With a pop song, we have the ability to get a melody stuck in people’s heads and I just want it to be one that makes them feel better about themselves, not worse.”

This is an admirable intention, given that most of her fanbase is young girls forging their identities, who may desperately need to hear a woman singing you’ll never find another like me rather than having to source self-esteem boosts from men who tell them you don’t know you’re beautiful. But when I was a young girl, I didn’t want glittery affirmations. I wanted validation. In “Fifteen,” Swift admits, I didn’t know who I was supposed to be at fifteen. That line mirrored the uncertainty I felt, and I felt less alone knowing that even a superstar like Taylor Swift questioned herself when she was my age.

After hearing “ME!”, it seems Swift doesn’t know who she is supposed to be at twenty-nine, either. Listening to the new song, there are scarcely vestiges of the younger Swift, the one who bore all during her journey to self-discovery. One of my favorites from her earlier days, “Dear John,” paints a vivid picture of a relationship fraught by a skewed power dynamic: detached, moody, older “John” (allegedly John Mayer) vs. starry-eyed Swift, desperate to impress. Heartbroken, Swift pens a letter getting out everything she wishes she could say to her former beau. Dear John, I see it all now, I was wrong / Don’t you think nineteen is too young / To be played by your dark, twisted games when I loved you so?

The song is full of lines like these, aching for “John” to understand the pain he inflicted on her. I’ve come back to this song in the wake of failed relationships to feel Swift’s desire for justice, closure, and recognition. With “ME!”, I just feel alienated by generic positivity.

I hope that “ME!” is a red herring. On “Reputation,” we had to suffer through the self-immolizing “Look What You Made Me Do” to be rewarded with the quietly touching “New Year’s Day,” so there’s hope for redeeming aspects to her seventh album. If the aim of the album is to reinvent herself and shed her bad reputation, I hope the rest of the tracks don’t shy away from the vulnerability and honesty that made the songwriting on her first few albums so strong. As a country fan, I’d be delighted if she returned to her twang and six string, but ultimately, I want her to return to her strength: telling stories.