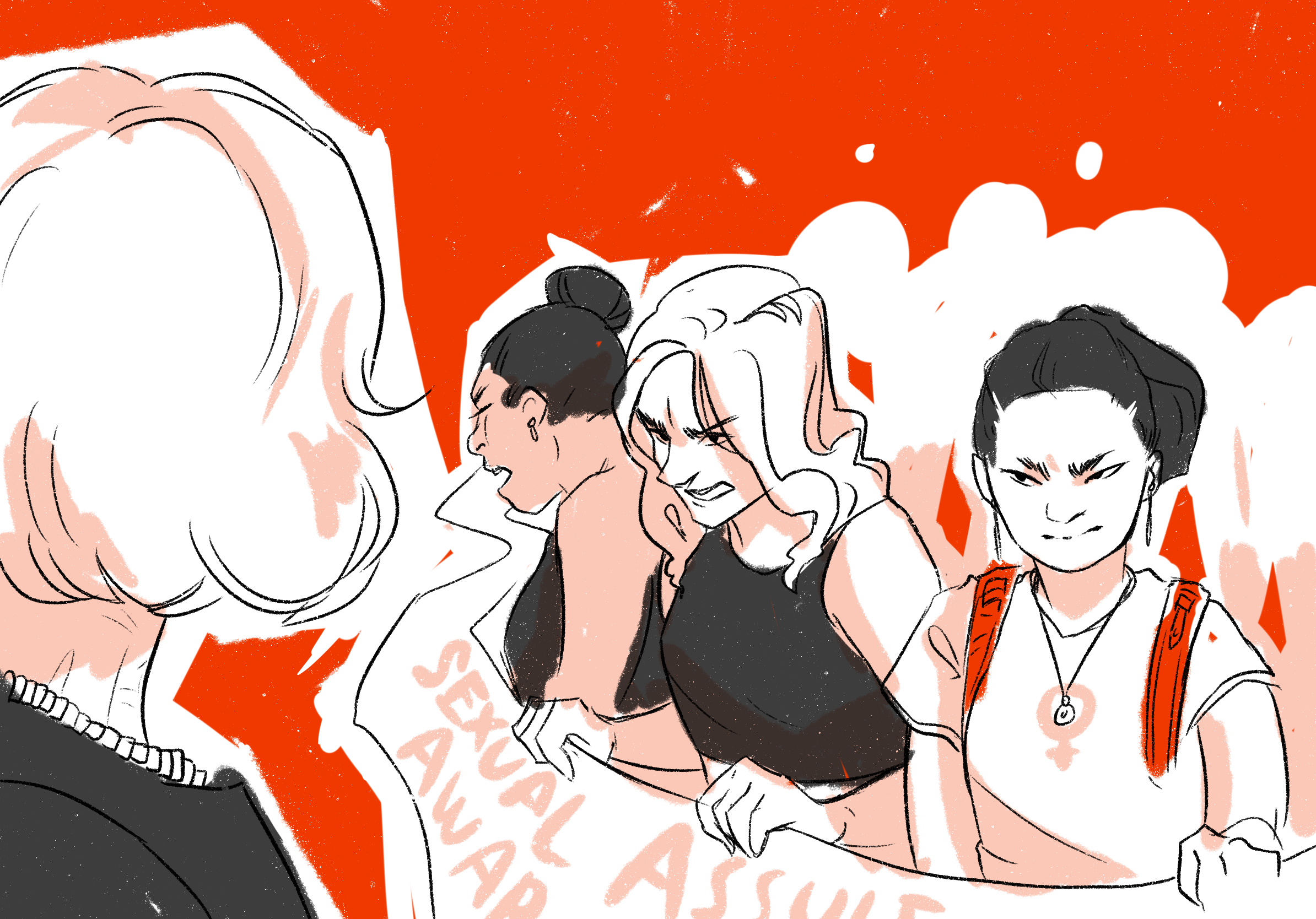 This April, Sexual Assault Awareness Month programming arrived in the shadow of the major Title IX changes proposed by the Department of Education (DOE). Programming for the month at the School of the Art Institute of Chicago (SAIC) included a panel on “Surviving R. Kelly,” a Take Back the Night march, and an open mic night. These events marked the end of the last academic year before the new DOE regulations will likely take effect.

Secretary of Education Betsy DeVos announced the revised regulations in November 2018. They include a narrower definition of sexual harassment, a narrower scope of responsibility for schools, a higher standard of evidence, and new courtroom-like litigation processes that would increase protection for the accused.

SAIC’s Title IX coordinator, Lumturije Asanoski, discussed these regulations and the Sexual Assault Awareness Month programming with F Newsmagazine in April. The regulations, she predicts, will have “a chilling effect on the reporting process.”

Title IX is a federal law, passed as part of the Education Amendments of 1972. It outlaws discrimination “on the basis of sex” within “any education program or activity receiving Federal financial assistance.” The law includes protections against sexual misconduct and gender-based discrimination.

Last year, the Trump DOE released its own proposed regulations to Title IX. These new policy proposals were released in November 2018 for a three-month public comment period.

The current, generally accepted definition of sexual harassment is “conduct of a sexual nature” that is “sufficiently severe or pervasive to alter the conditions” of the environment where it takes place. The DOE proposes to replace “severe or pervasive” with “severe, pervasive, and objectively offensive.” Potential harassment would have to meet all three descriptors.

“But a rape could be severe but not pervasive,” points out Harvard Law professor Jeannie Suk Gersen. “And a compliment of one’s appearance isn’t necessarily severe or objectively offensive but may be pervasive, if repeated enough times, and certainly could create a hostile environment.”

Currently, most schools (including SAIC) conduct their internal Title IX violation investigations with a “single investigator” model. A person brings their case to the school’s Title IX coordinator, then the investigator collects evidence from the accuser, the accused, and any witnesses. The investigator then presents this evidence to an internal review board, which makes a ruling. This process applies to cases of both sexual assault and discrimination.

However, new DOE regulations present a controversial new “cross-examination” procedure. Both parties would be required to appear at a live hearing and be subject to questions from a lawyer or adviser, courtroom style.

Universities and advocacy groups have objected to these updated regulations, particularly to the cross-examination. By the time the public comments period ended in January, over 96,000 comments had been submitted by civilians and organizations.

In a letter signed by 60 organizations, Ted Mitchell, president of the American Council on Education, wrote: “Colleges and universities are educational institutions, not arms of or alternatives to the criminal justice system.”

The DOE must review the thousands of comments before issuing a final rule. Asanoski said she expects the rules to go into effect as soon as this summer.

When asked what changes she expected, she said the new rules discourage reporting — so she expects staff and students will file fewer reports.

But, Asanoski pointed out, many of the administrative changes are simply the government no longer requiring that schools take certain actions. Where those policies protect SAIC students, she said, the administration will keep them in place. For example, SAIC has no plans to change their mandatory reporter policy, even if the new regulations no longer require it. They also do not plan to adopt the higher evidentiary standard.

“They [the government] can dial it back as much as they want,” she said. “We’re still going to do the right thing.”

As part of its outreach and education for Sexual Assault Awareness Month, SAIC hosted the panel discussion, “Surviving R. Kelly,” on April 15th. The recently released documentary series on Lifetime details over 20 years of systematic abuse allegations against the singer. The panel discussion focused on sexual assault awareness for African-American girls and women, especially in Chicago.

One of the panelists was Scheherazade Tillet, SAIC alumna and executive director of A Long Walk Home (ALWH), an art therapy program. Of the #MeToo movement, she said, “We’ve been waiting for this moment for 20 years.” But she said the girls they work at ALWH with do not identify with #MeToo, though the movement was started by a black woman.

“They do not feel included, and as a result, resources are not directed to them,” Tillet said “Now that we are here, we must focus on not only centering them, but valuing their voices.”

Moderator Natalie Moore asked, “What can we do to undo this damage?”

Tillet replied, “If we look at this just as an R. Kelly problem, we are failing.”

Title IX coordinator Asanoski echoed this practical approach. She said she is encouraged by the larger conversation about sexual assault, but that a cultural shift is not enough: “We still have to do the work.”

Take Back the Night

On April 24th, SAIC held its second annual “Take Back the Night” march and Open Mic night. The march, held at 4:30 PM at the Columbus Building, was under-attended. Only organizers and staff marched. This low engagement was in contrast to the first annual march, held last year, which had 30-40 students marching, according to Asanoski. Accounting for the difference, she said Scheherazade Tillet spoke at last year’s event, and student organizers were more active.

Several students performed at the open mic that followed. Darshita Jain (MANAJ 2020) read the first poem she ever wrote, in 2016; the refrain was, “It’s okay.” A senior named Jamie (2019) spoke about the danger Korean women face both in Korea (from spy cams) and in the West from sexualized stereotyping, showing a video of a durational performance piece. Kaitlin Weed (BFA 2020, and F Newsmagazine Engagement Editor) read a series of poems written on her typewriter, entitled “Spellbook of a Specter.”

At the Surviving R. Kelly panel, the moderator asked, “What is the role of art in all this?”

Tillet replied: “It’s hard to stay optimistic. Being an artist and making art is what keeps me going.”