A trip to Walter Gropius’s family home in Massachusetts. 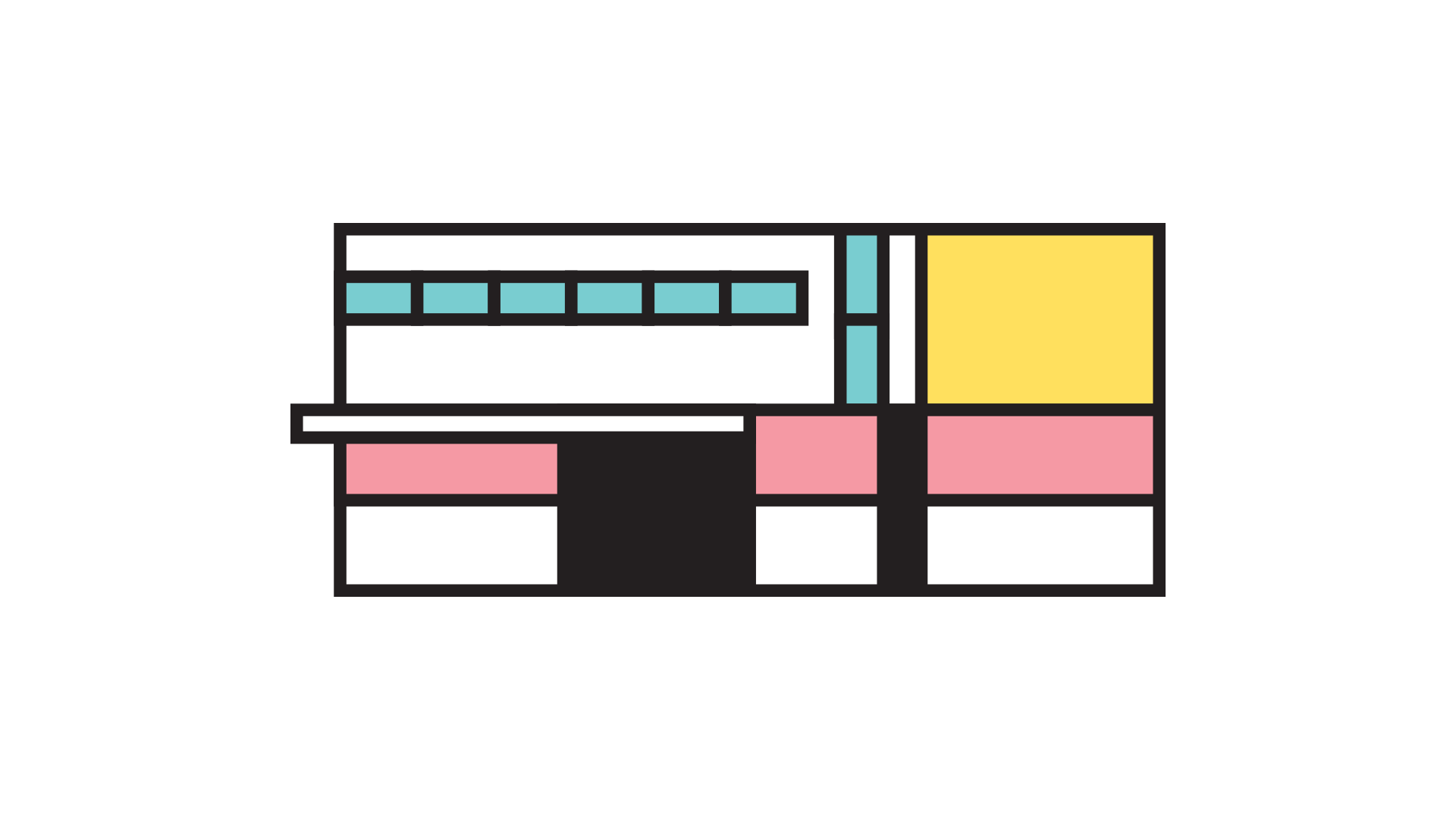 The house was designed by Walter Gropius, founder of the Bauhaus School, as a home for himself, his wife Ise, and their daughter Ati. It is a beautiful modernist building with New England Colonial adaptations befitting its adopted home. Designed in 1937 and built in 1938, the house was occupied by the family until Ise Gropius’s death in 1984, at which point it became a museum under the auspices of Historic New England, a regional heritage organization.

It stands on a grassy rise backed by woods, a white cement box of unmistakable modernist lineage; it looks intriguingly out of place in the solemn, possibly haunted woods of Lincoln, not two miles from Walden Pond. The five members of the Owens-Smith family — parents Doug and Suzanne, teenagers Rosalind and Caleb, and your trusty reporter — make their way to the sheltered entrance.

There, we are given disposable blue booties and instructed primly to touch nothing, not even to lean on the walls. Then our tour guide, exactly the librarian-esque baby boomer you imagine leading historical home tours, brings us inside.

She tells us that the Gropius family moved to Massachusetts in 1937, where Gropius accepted a position in Harvard University’s graduate design program. He began designing and building the house with funding from local philanthropist Helen Storrow.

We see the local architectural influence even in the modern front hall, which is walled with white New England clapboard, running vertically instead of horizontally. Gropius designed the house in harmony with both the land and local tradition. In 1956, he wrote, “This fusion of the regional spirit with a contemporary approach to design produced a house that I would never have built in Europe.”

Their daughter, Ati, would not eat with the guests. This was by choice, the tour guide tells us — she was a teenager when they moved to Lincoln, and sick of the company of art-world adults. In fact, it took serious bargaining to convince her to move with them at all. Ati would have been happy to remain at her English boarding school. As part of the deal, she was not required to dine with boring parental friends.

The other part of the deal was her own specially designed living space. When Walter asked Ati what she wanted for her new room, she requested a sand-covered floor, so that every morning she would wake up on the beach. Walter vetoed this on the grounds of weight and cleaning. Ati then requested a glass roof. This was not quite feasible either, but as a compromise, her father built a deck outside her room with a trellis roof, so that on warm nights she could sleep beneath the stars. Her deck even got its own little spiral staircase so she could come and go as she pleased. Porch included, Ati’s space was twice the square footage of her parents.

This tenderly designed room and beautiful deck is the last stop on our tour, and by five-person family consensus it is considered the highlight. Concord grapes wind around the trellis, not quite ripe when we visit; and as we stand on the porch listening to the tour guide, a flash summer storm breaks out. We, fellow visitors, and our guide hurry under the overhang and watch the rain pour down off the roof and the grapevines. The sun returns close on its heels.

Don’t Text Me, I’m Off the Clock