Don’t Text Me, I’m Off the Clock

Minimum wage stories to tell in the dark. 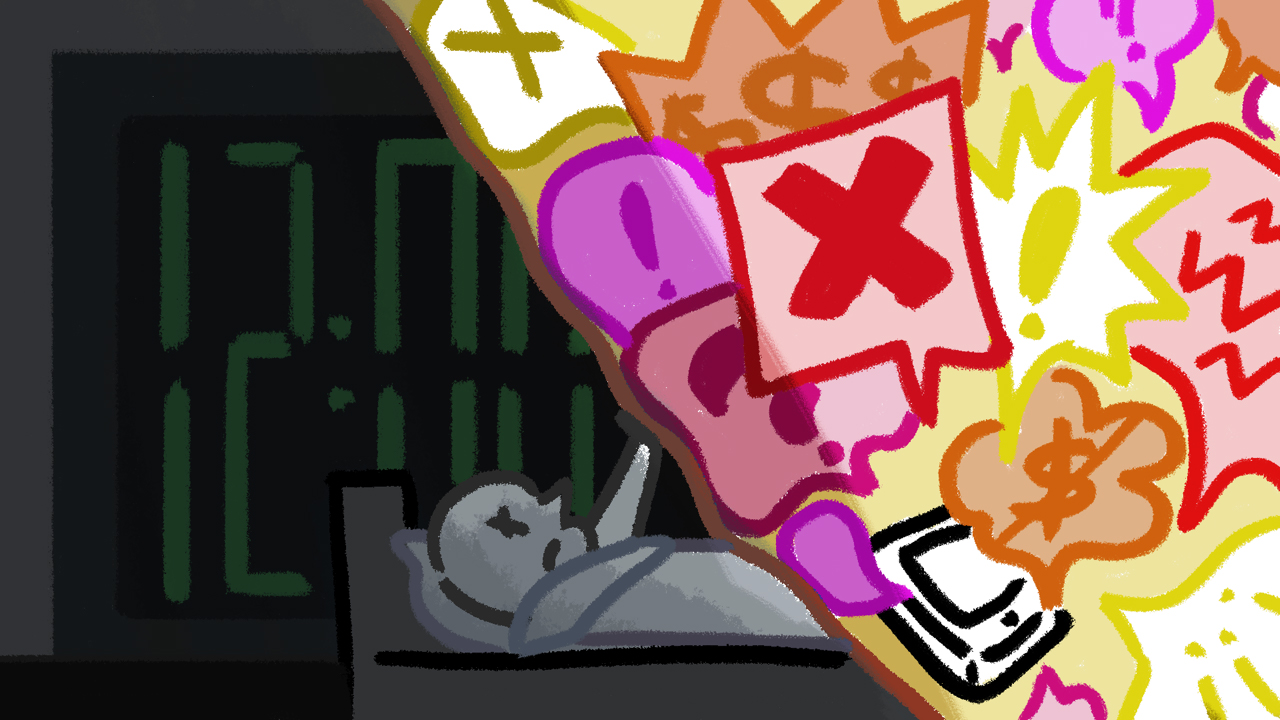 There I was, sitting in an elderly man’s computer chair, helping his nearly blind, hard-of-hearing wife learn how to use her iPhone in order to distract her from the sight, sound, and smell of the Maker’s Mark he was chugging in the kitchen behind closed doors. I was hired as a secretary to help him type up emails and finish his memoir. But soon after starting the job, I became his personal assistant, informal therapist, and a decoy used to babysit his wife while he indulged in secretive binge drinking.

Employers often play fast and loose with student worker boundaries, exploiting their time, energy, and labor. Why? Because they can. And if you quit they’ll hire the next person in line for minimum wage.

According to the United States Bureau of Labor Statistics, in 2018, 81.9 million United States workers who were age 16 and older were paid at hourly rates, representing 58.5 percent of all wage and salary workers. Among those paid by the hour, 434,000 workers earned the federal minimum wage, $7.25. Roughly 1.3 million workers earned wages below this federal minimum. As of August 2018, millennials account for over half of the United States workforce, and are paid significantly less than Baby Boomers and Gen Xers.

A lower wage means less protection from employer exploitation. According to the National Center for Law and Economic Justice, low-wage workers are at a disadvantage by continuously struggling to support themselves, never quite getting ahead. Employers often utilize abusive practices and the minimum to prevent workers from crossing the threshold into earning a livable wage. These tactics often include violating labor and employment laws, refusing to pay overtime, or categorizing employees as independent contractors in order to bypass laws that protect worker rights.

While these practices sound extreme, there are other, more insidious ways employers exploit underpaid student workers.

No payment or late payment

I shouldn’t have to ration a package of ramen because my employer forgot to submit my timesheet. I shouldn’t have to send a fifth follow-up email about that money you owe me for that one gig I did over six months ago. Late or no payment is unacceptable regardless of the student’s age or professional experience.

Not respecting time off

This could take the shape of an employer texting you after hours, asking you to come in on your weekend off, or not approving requested time off when scheduling. Employers may even require you to miss classes for shifts you already stated you weren’t available to work.

While dog-walking, clients have asked me to also clean their apartments and do their laundry. Bosses have asked me to go get them coffee on my lunch break. Extra work is work and should be compensated as such. And if it’s not in the job description, you shouldn’t be expected to do it.

Two jobs for the price of one

Do you ever feel like your job’s workload is double what it should be? Offloading two positions under the guise of one onto a younger, potentially more eager student worker can be a way for employers to quietly offset cost.

The rise of graduate student unions in the 1990s that resulted from the increased corporatization of universities allowed student workers to push for better paying stipends and wages, benefits like health insurance and child care, and access to collective bargaining rights. However, many private institutions don’t allow graduate students to unionize and argue that it harms the collegiate relationship between professors and students due to potential conflicts within the bargaining process, regardless of the fact that research has shown unionization has either no impact or a slightly positive impact on faculty-student relationships. Alas, students are left to grade papers, create lesson plans, give lectures, hold office hours, ad infinitum for ridiculously small stipends and no benefits. Any time left is spent on side hustles just to get by.

A personal assistant to an elderly alcoholic wasn’t the only less-than-ideal side hustle I’ve juggled while studying full-time. I was a dog walker who got peed on daily; a telefundraiser who, under the direction of a sexist boss, raised exactly $0 in donations; a nanny to several different families; and a private music teacher. I’ve cleaned apartments for cash, helped move furniture to make rent, and pawned electronics for food.

If there’s anything I’ve learned it’s that people think they are doing you a favor by paying you what they owe you for your services. They will try to take advantage of you when they can, pay you less for more, and make you feel like you can’t say no. These are the splendors of cash jobs and side hustles, the consequences of being an underpaid teaching assistant, and the unfortunate reality for many students in pursuit of higher education.

Employees, regardless of their age or education status, deserve fair wages for labor, benefits like paid family and medical leave, stable schedules, and enforced labor standards.

For resources on how to protect your rights in the workplace visit:

United For a Fair Economy | http://www.faireconomy.org/

F+ Don’t Text Me, I’m Off the Clock
« Previous Story