How the Inclusive Restroom Project came to be, and what to expect from it. 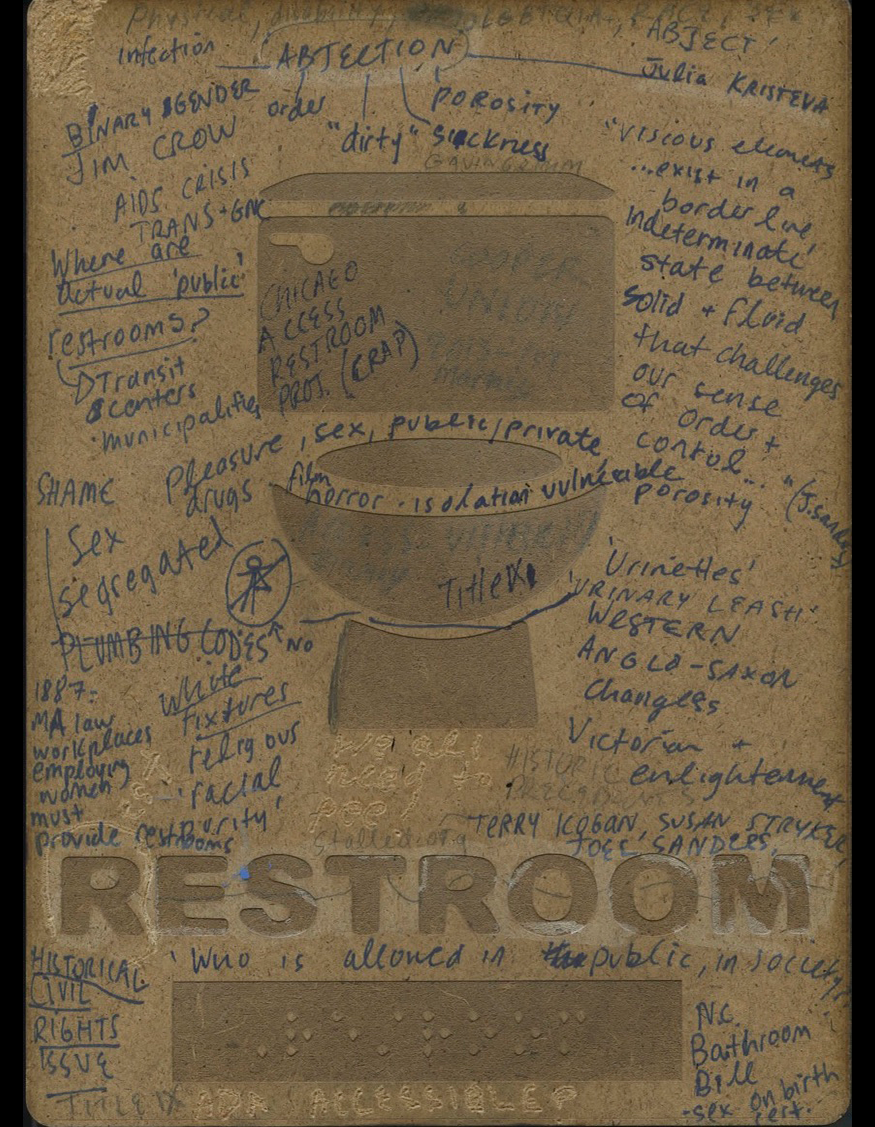 An illustration Kirsten made which collates the themes and philosophical ideas behind the Inclusive Restroom Project. Image courtesy of the artist.

“I was just looking for a space,” the now co-leader of the League of Extraordinary Genders told F Newsmagazine in an interview. “But I’d been thinking for the past couple years about how nice it would be if all the restrooms on campus were de-gendered.”

After raising the idea with School of the Art Institute of Chicago (SAIC) administrators — including then-Dean of Faculty and Vice President of Academic Affairs Martin Berger (he was recently became the school’s Provost) and Vice President for Campus Operations Tom Buechele — Kirsten reached a satisfactory compromise: On Friday, April 26th, all 27 restrooms in the Sharp building will be de-gendered for the entire day. Anyone will be able to use any restroom, regardless of how they identify. 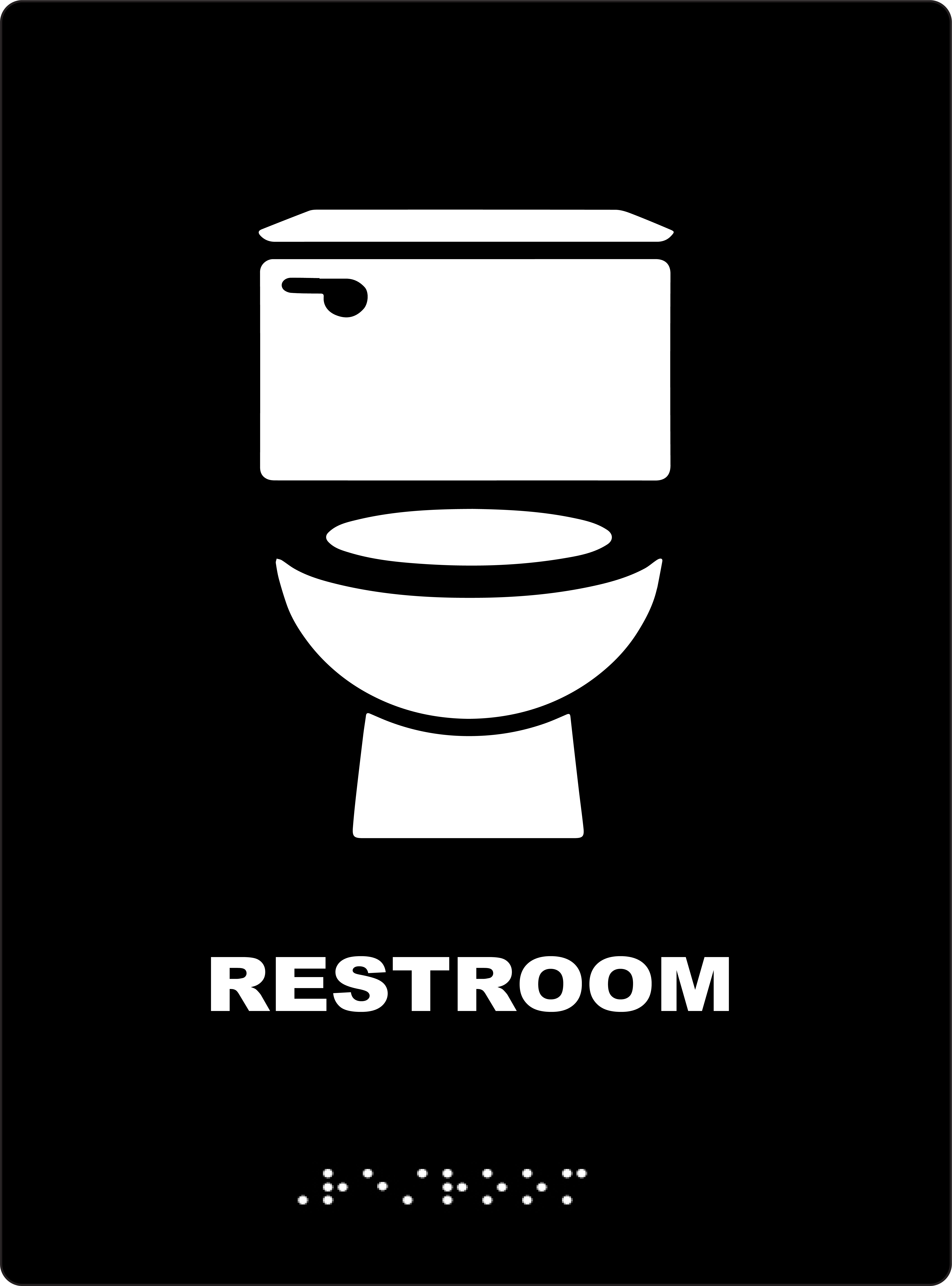 “How we share space is a matter of safety and dignity for all,” Turnip Van Dyke — the League of Extraordinary Genders’ staff advisor — wrote to F in an email. “I am hopeful that the Inclusive Restroom Project can prompt conversation and reflection on issues of access and inclusion in our shared spaces.”

Turnip was one of several collaborators instrumental in making the Inclusive Restroom Project a reality. Kirsten also received help from Special Assistant to the Dean and Provost for Diversity and Inclusion Dio Aldridge, who acted as a conduit between Kirsten and the aforementioned administrators.

“This initiative calls for all of our community to pause and think about how something seemingly simple and routine has been a site of inequality and pain for transgender and nonconforming communities (TGNC),” Dio told F. “Thinking intersectionally, it also causes me to reflect on the long history of the black community, disabled folks, and even women not having access to public restrooms.”

Gender disparity in public restrooms stretches as far back as Ancient Rome, in which only men were allowed to use them. Western facilities remained exclusively male until the Victorian era, leading to forced adaptations like the urinette — “a small personal device [women] could use discreetly under their skirts and then pour out,” according to a LiveScience article. As recently as 2008, the World Toilet Organization (WTO) met to discuss “Potty Parity,” focusing on the ratio of female to male cubicles in public toilets.

Public restrooms have also acted as sites for racial discrimination. While growing up an in 1960s Alabama, African-American freelance writer Elizabeth Ann Thompson recounted having “carried toilet paper and [relieved myself] on the side of the road,” in response to “Whites only” or “No Colored” restroom signs at gas stations. A powerful scene in “Hidden Figures” (2016), a film which depicts three female African-Americans’ integral role in NASA’s early development, shows Katherine G. Johnson’s (Taraji P. Henson) expressing indignation about having to walk half a mile to find the closest “Colored” restroom. While the scene was a heavily dramatized version of actual events, the fact remains that restroom segregation was a potent tool of oppression used against people of color.

“That’s also applied to trans and nonbinary people today,” Kirsten said. “You talk about people who hold their bladders because they don’t have a restroom they feel they can go into.” Line Kuzniar (BFA 2021), a nonbinary student, detailed this experience in a recent F article: “I am sick of having to use the wrong restroom. I’ll pee on the floor next time I have to wait for a gender neutral restroom. Consider that a warning.”

“The project is happening in Sharp, but every building needs inclusive bathrooms,” Line elaborated in an email. “MacLean only has four gender-neutral bathrooms for all 13 floors. This means students and faculty regularly have to run up and down five flights of stairs to get to the nearest restroom, and then wait for an absurd amount of time to use them. That’s time taken away from class and work and creativity.”

Kirsten, who also identifies as nonbinary, insisted that they didn’t want the project to be about them. “This is a League project, it’s not my project,” they said. “I’m accountable for it, but I don’t want to be the face of it.”

To that end, Kirsten, a graduating senior, said they hope other students will continue the event and maintain the discourse in the future. They fear it could become “a token day,” a one-off used to acknowledge, but not address, underlying problems. “It’s up to students to make the commitment to seeing certain changes,” they said. “In an institution of immense privilege, we do have agency to work the system, and question it, and use it as a microcosm.”

Kirsten also said they hope their efforts will help demonstrate how students can approach similar goals — including personnel, financial, and legal obstacles they’re likely to encounter.

“Tom [Buechele] told me the cost of renovation is like $150,000, to bring a restroom up to gender-neutral code,” Kirsten told F. “And that they could easily make the women’s restroom on the second floor of Sharp gender-neutral, but not the men’s because they’d have to get rid of all the urinals, which present liability issues for the school. So maybe if we’re aware of those things, and that Tom is really important in making those decisions, there’s more of a likelihood that students will engage and respond proactively.”

Katrina Valera, SAIC’s director of student affairs for diversity and Inclusion, and another of Kirsten and the League’s collaborators, offered a similar perspective. In the best case scenario, she said, the Inclusive Restroom Project will “[serve] as inspiration to our students that they’re fully able to participate as citizens in our community and push for projects that work towards a campus where we all belong.”

The League of Extraordinary Genders invites anyone interested in reflecting on the Inclusive Restroom Project to a community discussion at 4:00 p.m. on Monday, April 29th on the first floor of Sharp. 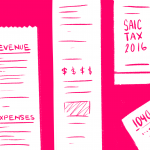 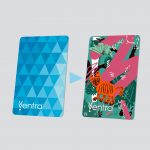