The Chicago Symphony Orchestra (CSO) has been protesting since the beginning of March, demanding higher wages and better benefits. 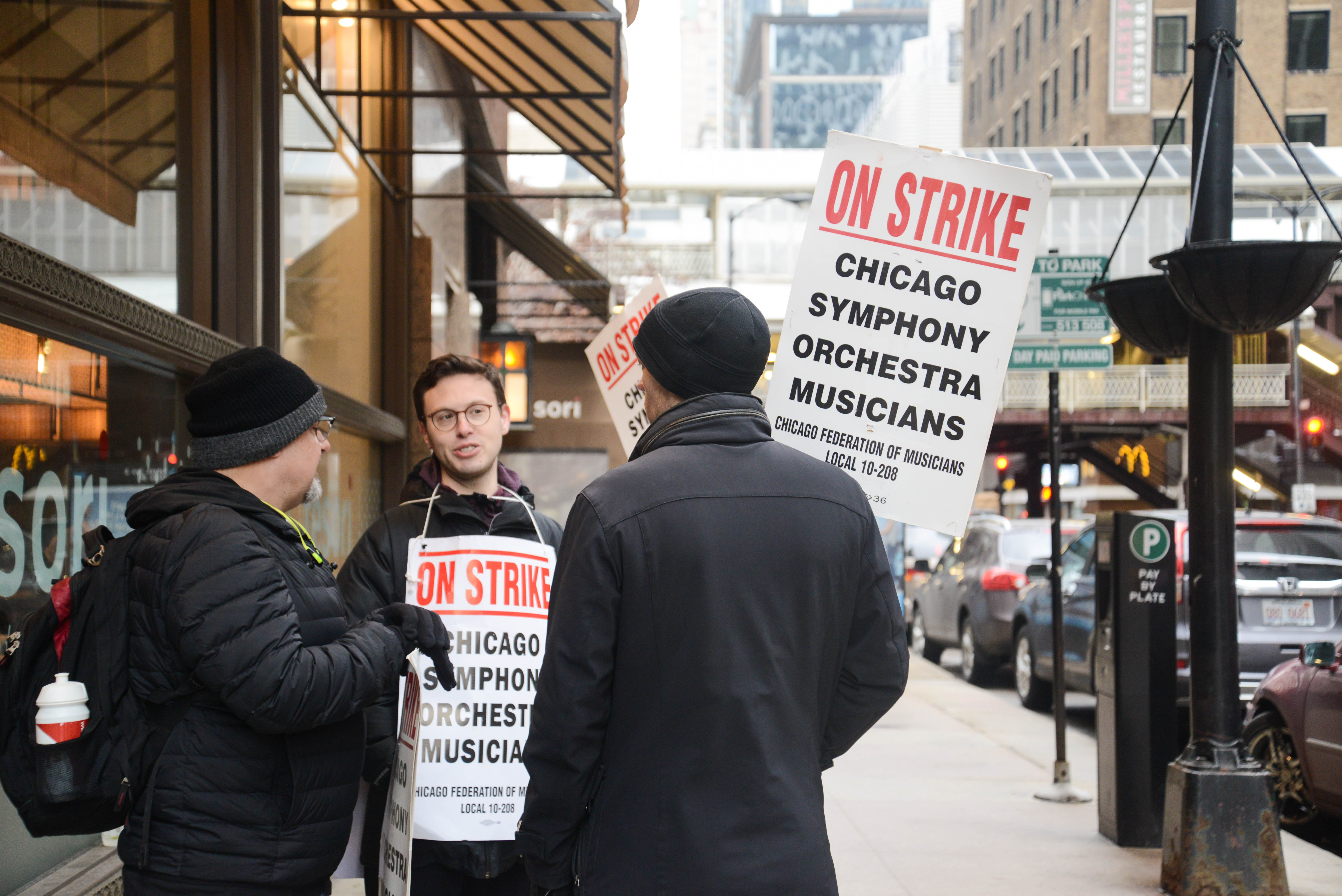 The Chicago Symphony Orchestra musicians have been on strike, picketing outside the Chicago Symphony Center on Michigan since March 11. The musicians are striking to maintain their wages equal to those of other cities’ orchestras, in response to the management’s proposal to get rid of the existing defined benefit pension plan in favor of a defined contribution plan. On Friday, March 15, and Saturday, March 16, the musicians and the board met to negotiate with actuaries from both sides. Following an impasse with negotiations on Friday, March 15 and Saturday, March 16, the picketing continues.

The statement of the Board of the Chicago Symphony Orchestra states that they “offered increased wages, improved working conditions, and a generous retirement package.”

“Yes, wages have increased, but very little,” said Principal Bassist Alex Hanna. “One, or, two percent doesn’t keep up with other comparable orchestras, like Los Angeles and Philadelphia.” He emphasized the role of the CSO and the size of the endowments at their disposal, the musicians were only asking for “comparable and reasonable wages.”

According to Rob Kassinger, member of the negotiating committee and bass player in the orchestra, both sides met with actuaries and went over two proposals on Friday and Saturday. One was a proposal presented by the musicians and the other was by the Board.

Kassinger added, “we’ve been working on finding a hybrid plan — something in between — since September and February. We talked to and worked with, like, three different companies.” On Saturday, the musicians presented their own proposal for a hybrid plan. “We would assume some risk, they would assume some risk, which is what we had committed to finding back in September. We couldn’t find anything from those companies that we really liked.”

Hannah observed that the first three to four months were spent negotiating and viewing presentations to assess the Board’s proposal. “There was overwhelming evidence that it was not better,” said Hanna. “it would cost them more to switch.” Kassinger concurred; “We came to the conclusion on Friday [March 15] that their plan would end up costing quite a bit more than it would [to] keep our plan going.”

Two competing visions for what was to become of the musicians’ pension remained a sticking point. With the Board’s proposed plan consisting of a notable reduction in benefits, the musicians have compiled a factsheet. The factsheet stated that a reported one-third of the Orchestra’s revenues went to the musicians’ pay, compared to the “rest going to administrative staff, marketing and building expenses”.

According to the same factsheet, musicians’ overall salaries and benefits are being cut while revenues and donations have continued to rise. The musicians have also challenged the management’s insistence on not being able to afford these pensions.

The inability for the rise in income to account for purchasing power has been a concern for many musicians. “Though wages have increased, cost of healthcare has increased so much that people pay more out of pocket,” says French Horn player David Griffin, who has been in the orchestra for 23 years.

To Kassinger, one of the main issues is that incoming members of the orchestra will be on the new plan, making them more vulnerable. “So, in a sense they’re saying, ‘I’m invested in the defined benefits pension, so I’m fine. But anybody that comes after me they’re gonna be in a different system and the risk is going to be all on them.’ It’s a really bad plan,” he says. “It divides the orchestra. It really goes against the idea that we’ve been working together collectively for 50 or so years now.”

According to the protesting musicians, the Orchestra Board has taken steps to assist the musicians as they protest from morning to evening. “They were very understanding,” says Hannah. “They’ve taken the health insurance back to ensure no lapse in compensation, for the duration of the strike.” As for the demands, Kassinger maintains that “they just pretty much rejected” the musicians’ proposal. He further said that the Board was adamant about sticking to new benefits plan, without confirming whether they planned to go over the musicians’ proposal. This has led to a temporary pause in the negotiations.

With national coverage in various dailies such as The New York Times and the Chicago Tribune, and local weeklies such as The Chicago Reader, the protest has garnered widespread support. Prominent members of the music establishment such as music director of the Chicago Symphony Orchestra Riccardo Muti, to former music director Daniel Barenboim have extended their support. Other supporters include Paul Austen, President of International Conference of Symphony and Opera Musicians (ICSOM), who had traveled from Grand Rapids, MI to picket on Tuesday, March 19.

Let There Be Lightfoot 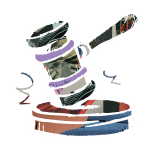