Growing up with ghosts that informed her art and friendships. 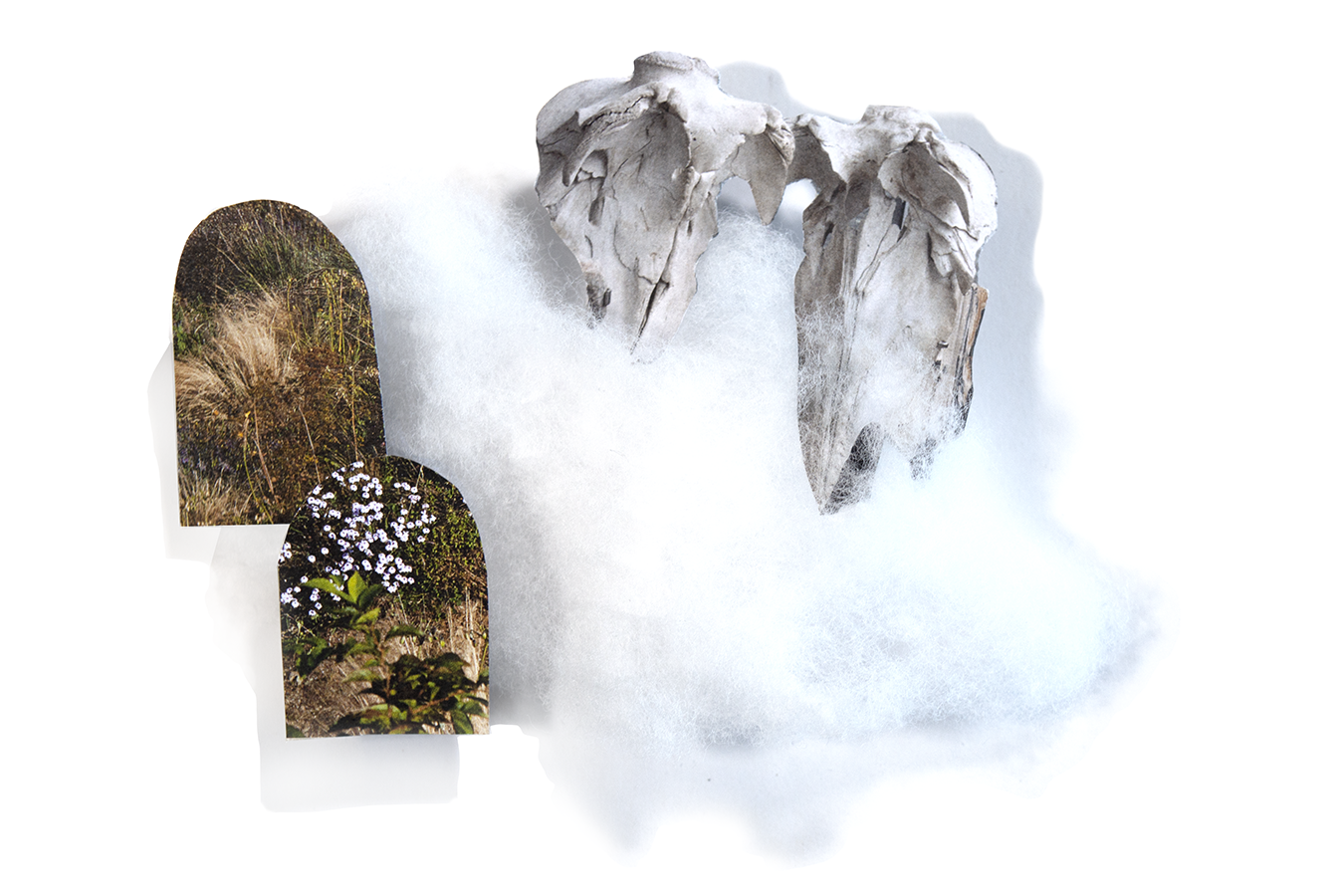 On the eastern side of Pittsburgh, where the Ohio, Monongahela, and Allegheny rivers meet, are the quiet neighborhoods of Shadyside and Squirrel Hill. Between the junction of these two neighborhoods is the vast expanse of Frick Park and the historic 650-acre Homewood Cemetery. My house bordered on this cemetery. My childhood home looked like every child’s drawing of a house: A square with a triangular roof, snuggled in between two other houses of the same shape.

Everything about the place I grew up in was normal and pleasant. There were lots of opportunities to run around; it was our own personal playground. It wasn’t until I got older that people started to say that it seemed creepy to live in front of a cemetery and asked if I had seen ghosts. It wasn’t creepy to me, and to this day I can’t say I believe in the traditional form of what a ghost is.

At that age we didn’t understand what death was or why contemporary Western culture had such a distanced reaction to it. It wasn’t always this way. In the Victorian era, graveyards were locations to gather and spend leisure time. This was before the time of municipal parks and public spaces, and many families would picnic among the dead. Since then cemeteries have become a quiet, reserved place, tucked secretly and peacefully away, and forgotten until death comes knocking. On the rare occasion of a funeral, my neighborhood would see the parade of somber black  figures seep in and quietly mourn their loved ones before trickling out again. It was at times like those that the atmosphere would change and we understood not to play there.

Although the cemetery had regular operating and visiting hours enforced by a formidable gate, none of the locals ever abided by those rules. Instead, there were known spots in the fence where if you lifted one of the less-rusty wrought iron spikes, you could move it enough to enter and exit as you wished.

It was a quiet and friendly neighborhood, with lots of kids and families that I knew. My best friend lived perpendicular to me on the neighboring street; from my bedroom window overlooking a corner of the graveyard, I could see her window. We first met in our neighborhood daycare; as we grew older we’d frequent the convenience store that was owned and operated by the daycare teacher. In the summertime we would climb the cherry trees and build fairy houses out of the fallen fruits, sticks, leaves and mud. We also wrought havoc on our neighbors’ backyards, especially the one with the treehouse. It was a rite of passage to get to the top by  climbing up the rope instead of using the ladder. We would also snack on the fresh vegetables picked from the gardens nearby. Once there was a dumpster parked in the street and all the kids climbed in and rooted around for treasures.

At one point there was a pond, which has since been filled in, that was nestled in the farthest southwest corner of the cemetery. It was a place where you could sit by the edge and listen for all the frogs. Occasionally, some of the neighbors would bring their bug-catching kits and we’d run around through the grass with nets. On warmer nights, after dinner, my family would take walks through Frick Park and the cemetery, and I’d bring my kite to trail behind.

In the fall, when the leaves dropped from the tall oak trees and peppered the ground, we would dash through and arguably disrupt the standard peace and quiet of the  cemetery. If it was dry enough, we would play hide-and-go seek and gather large piles of leaves to lie in on top of the graves. There was a neighbor we never saw unless it was Halloween. He’d dress up as a pirate and decorate his house like the helm of a ship. It was terrifying and took a lot to muster up the courage to climb the long stairs and claim our candy loot.

When winter came around, on good snowy days we’d go through the gate in my friend’s backyard (one of the known loose points) and trek up the hill to go sledding. One year I remember going down the hill too fast and hitting a small grave marker that threw me into the air. I landed so hard it felt like I broke my tailbone. After playing we’d go inside to eat instant ramen and hot chocolate and watch movies like “Grease” or “West Side Story” on VCR.

The cemetery was a big place, and before smartphones and Google Maps we used landmarks to navigate. We had favorite graves to visit too. One of them was the grave of a young girl who died around age 6 or 7. She would have been 3 years older than us if she were still alive. Her grave had a tiny frame with her photo and we always dropped by to say hello. We thought it would be good to make sure she wasn’t lonely. Another favorite was a giant white pyramid grave marker that looked like something that belonged to some rich benefactor. We also had favorite mausoleums, which were the ones with the windows you could peek inside of. They were only just dark, dusty, and quiet rooms.

The only time I’ve remembered being scared was when I could hear footsteps pacing across the floorboards in the attic above my room. It was stuffy and crowded and full of junk and there was a weird feeling up there. I was never certain if it was the floorboards of an old house creaking or just my imagination.

As an adult and practicing artist, growing up near a cemetery has impacted my work. A lot of my art has been influenced by where I grew up. The stories I have from childhood spent in a vast and historic cemetery are unique and shaped my understanding that a ghost is not just a physical entity but also memories and feelings of moments you’ve lived. 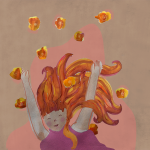 April Astrology: I Am What I Wish to Become 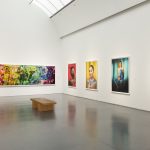