Pop-up Bars: The Bad, the Bad, and the Even Worse

Drinking is an activity. It doesn’t need more activities.

An event epidemic that has been seemingly sweeping our city but has yet to deliver the good people of Chicago from its desperate clutches is no other than the pop-up. Like a well-intentioned great aunt or an oversold dad joke, the pop-up has overstayed its welcome but nobody wants to let it know because everyone is afraid of hurting its feelings. Or worse, this nostalgia-obsessed playing-out of pop culture is actually giving the people what they want, if what they want is a re-creation of their favorite holiday, TV show, or movie at a place that sells booze for weeks on end.

Want to relive all your favorite episodes of “Friends” while a giant poster of the faces of the entire cast stares at you sitting in an exact replica of Monica Geller’s living room? There’s a pop-up for that. A repeat offender, Replay in Lincoln Park is absolutely notorious for their neverending conveyor belt of sentimentality for a bygone decade. A living, breathing human couple made the decision to commit to one another indefinitely at Replay’s “Friends” pop-up. They exchanged vows in front of a cardboard cutout of Ross, Rachel, Chandler, Joey, Monica, and Phoebe — something they’ll have to tell their possible grandchildren with a straight face.

Of course, “Friends” isn’t the only television show that was deemed deserving of its own cocktail-fueled resurrection. “The Office” which aired from 2005 to 2013, was the recipient of not just its own pop-up, oh no. Dwight Schrute would be infuriated to know that this pop-up was specifically focused on a complete recreation of Episode 1, Season 2: “The Dundies.”

In the episode, written by writer/director/producer/actress Mindy Kaling, Michael Scott (played by Steve Carell) gives out awards to his employees at a Chili’s. One such employee, Pam (Jenna Fischer) gets into a fight with her fiancé in the parking lot. When she returns and wins a Dundie for “whitest sneakers” she gives an acceptance speech, but that’s not all she gives us. As a sloshed Pam gives thanks for her award she says, “I also want to thank God because God gave me this Dundie — and I feel God in this Chili’s tonight.”

Now, that would be fine. A classic and repeatable line that was funny in 2005 and hell, it was even funny in 2010. But is it funny in 2018? No manner of Presidente Margarita was enough to make me think so. I attended the Dunder Mifflin Chili’s pop-up because I’m from the Midwest and if there’s one thing that I love in this bleak world it’s Chili’s. I love tableside guac. I love margaritas the size of a whole pineapple. I love gal pal moms at the next table over complaining about their kids. And let me tell you, this place was no Chili’s.

I took the liberty of tweeting my disdain and tagging the restaurant. Surprise surprise, their Chicago marketing lead was there and started tweeting back at me from across the room. When I called them out for having zero cool moms getting tanked with their crew at this party and definitely no eye-level servers crouched tableside to talk me into appetizers they simply tweeted back, “everyone here is really attractive though.” Well A.J., you really stumped me there.

As a reminder, I’m not simply attacking Replay’s pop-up parties. I’m attacking pop-up bar culture in general. Emporium Popups in Logan Square is another bar guilty of making its poor servers stay late to redecorate the entire restaurant to cater to the needs of people who can’t be happy just drinking anymore. Drinking is an activity. It doesn’t need more activities. The winner though, of all things pop-up hell, has got to be the people behind Pop-Up Bar Chicago. Their brand seems to essentially be taking something you love and cherish, say Halloween for example, and doing it to death until you can’t remember what you liked about it in the first place because all you can hear is Patrick Stump scream-singing “What’s This” at you in the freezing cold surrounded by wasted youths.

Jack’s Pumpkin Pop-Up was set up on two acres in Goose Island. Per their website, this latest in interactive pop-up experience would be a “…larger than life, outdoor, multi-sensory adventure in the heart of Chicago. Whether you’re seeking a striking nighttime lights display, an outdoor pumpkin-themed party with dozens of fall-themed Instagramable memories or a one-of-a-kind corn maze, there’s an experience here for everyone!”

Instagramable memories. Quite possibly the most obnoxious phrase in the English language and in no way an inaccurate description of Jack’s, thanks to giant props placed precariously throughout the event, in some cases having seemingly nothing to do with Halloween at all. It was like a memory but if that memory was actually a fundraiser for Greek Life students who needed to put in their community service hours but still wanted to get wasted. It was like Halloween threw up, and not just because it was an alcohol-friendly event. General admission after 5 p.m. started at $20 but packages that included admission and drink tickets were even more expensive, with their Let’s Get Smashed package costing $25 and their deluxe Boo’zin package coming in at $33 before tax.

And yes, there was a corn maze. It was giant and probably the best part of the entire pop-up, but only family-friendly until 7pm. After that, I wasn’t surprised to run into a bunch of overly sauced ghouls and goblins stuck going in circles trying to find their way out and falling into one another and, rather unceremoniously, me.

Pop-ups must be stopped. No more “Shining” pop-ups starring creepy part-time actors poorly masquerading as Jack Nicholson. No more “Fleetwood Mac” pop-ups. Please don’t do that to Stevie Nicks, she doesn’t deserve this. Just like things you like at home. Then, when you’re ready to socialize again you can head to bars that are just bars and talk about those things without having to push giant cardboard cutouts of them out of the way to see your date.

Entertainment, Photo Pop-up Bars: The Bad, the Bad, and the Even Worse
« Previous Story 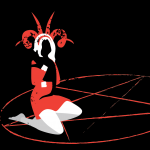 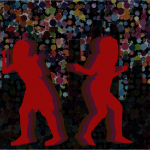