How To Facilitate a Strategic Planning Process

Following the release of SAIC’s new Strategic Plan, Emily Rich reflects on how it was developed.

Have you ever been gaslighted by a survey? If you were around the week of November 13-17, then the answer is probably yes.

During the Week of Strategic Planning, each class was tasked with answering one of two questions provided by the Strategic Planning Visioning Committee — which should consider giving itself a less redundant name. The purpose of these questions was to help shape and write the next draft of the strategic plan for School of the Art Institute of Chicago (SAIC), the goal of which is to improve the quality of education and life provided by SAIC over the next few years.

This goal makes it a lot harder to be critical about the Week of Strategic Planning, and yet, we should be critical.

For instance, under the title of “Reality Checks,” a question for November 16th classes read, “If we were to make SAIC more affordable, what are you willing to do without?”

Considering the lack of transparency with regard to SAIC’s budget, I don’t think it ought to be taken for granted that tuition dollars are being spent in such a way that if I were to pay less tuition, I would have to go without some resource or another. The question assumes that SAIC is run, from an administrative viewpoint, perfectly.

I don’t think SAIC is running perfectly. If it were, we wouldn’t need the survey in the first place.

Ahead of the Week of Strategic Planning, instructors were sent a document titled “How to Facilitate a Focus Group,” as if this isn’t what an instructor does every day. Aside from being vaguely condescending, the document included survey questions for the entire week, each day given a focus and each question given a title, some of which were almost entirely incomprehensible — namely, Tuesday’s “Echo curricular interdisciplinarity throughout organizational structure,” a question about creating your dream department.

I look forward to seeing how the new strategic plan tackles creating a department that’s just an echo chamber for our curricular interdisciplinarity. Because that’s what this survey essentially is.

Without transparency in the way SAIC is governed, there can be no accountability. How am I to know whether there’s something I could do without? I don’t know where the money is going. My dream department is one that shows me line items on the budget, and most of it is going to my instructors and resources provided by that department.

Not only was the wording of the survey questions presumptive and mildly distressing, the responses to the survey followed suit: in the First Year Seminar I taught on Monday, my students went from discussing how the scheduling doesn’t work for them to ranting about the Contemporary Practices department to essentially lamenting that they were going to die in debt because SAIC is expensive, and their schedule doesn’t allow them to work enough hours to make food money. There were no solutions presented to the scheduling issue that they couldn’t poke holes in; there were no students who disagreed on the basic trajectory of their lives should SAIC’s scheduling remain the same.

It was an exhausting half hour.

Progress is not a zero-sum game. I think every student, instructor, and administrator who interacted with this survey wanted the same thing: for things to be better here. But if the survey was meant to start a dialogue, then it needed to cede certain points.

In certain places, it does this quite well. On Wednesday, “Our Community” was discussed, and the question about diversity was particularly apt: “SAIC aspires to embrace many different kinds of diversity. Who is not here who should be?” It’s humble, it’s aspirational, it admits that there’s room for improvement, even if it is being asked to a student population that represents a certain lack of diversity (perhaps without even realizing it).

Bring more of that to the table. Because when people in power admit that things aren’t as good as they could be, that’s when a dialogue can happen. That’s when I feel as though my voice isn’t falling on deaf ears — when I’m not being gaslighted to think things are going well when I can see that isn’t exactly true.

Rather than a dialogue, the Week of Strategic Planning was an exercise in gaslighting. So, despite having a sprinkle of well-worded questions in the mix, the context in which I read any of these questions is that they’re coming from a group of people who are asking for my help while also telling me there’s nothing wrong. That’s not a scenario that fosters trust.

Here’s a strategic plan for future Strategic Plans: admit to a certain degree of failure, provide as much transparency as is legally possible, allow students and faculty to provide informed feedback, listen. Essentially, not what happened this time.

SAIC How To Facilitate a Strategic Planning Process
« Previous Story 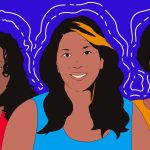 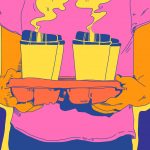 What to do if You’re Afraid You’ll Hate Your...