Staff writer Jose Nateras pays tribute to two starlets who defined a generation, whether they were drowning in moonlight or singing in the rain. 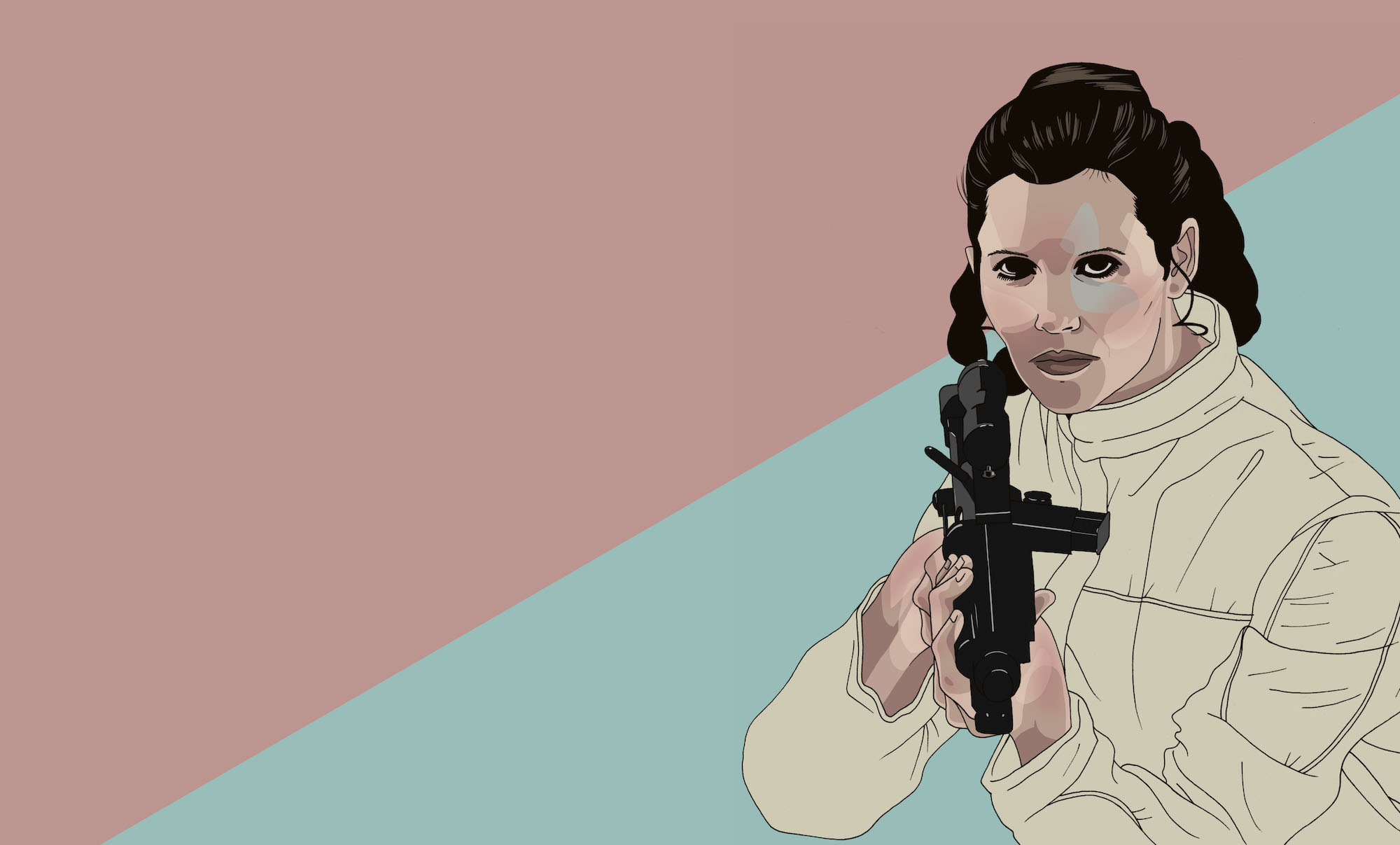 As numerous obituaries have reported since the late December passing of Carrie Fisher, the legendary figure requested “that no matter how I go, I want it reported that I drowned in moonlight, strangled by my own bra.” This request came from her one-woman show (and the book it subsequently became) “Wishful Drinking.”  The talented writer, script doctor, and actress, primarily known for portraying General Leia Organa (née Princess Leia) in the “Star Wars” films, was also the daughter of the equally legendary Debbie Reynolds, who passed away just one day after her daughter’s death.

Star of the iconic film “Singing in the Rain,” Reynolds was at her daughter’s side in Los Angeles following the severe heart attack Fisher suffered on a transatlantic flight from London, only to suffer a stroke the following afternoon. As the plucky ingenue in “Singing in the Rain,” the wise spider in “Charlotte’s Web,” the vivacious mother from “Will and Grace,” or even the quirky grandmother of the “Halloweentown” series, Debbie Reynolds has been a consistent and comforting presence in many people’s lives for decades. Even her titular portrayal of “The Unsinkable Molly Brown” showcased her as a beacon of resilience and old-school talent and showmanship.

In terms of resilience, Reynolds’ daughter had taken on that mantle wholeheartedly. A vocal advocate for those living with mental illness and struggling with addiction, Carrie Fisher has been frank and open about her personal journey as one who lived with severe bipolar disorder and as a recovering addict.

Her portrayal of Leia Organa in George Lucas’ “Star Wars” films was groundbreaking. Holding her own amongst a cast comprised almost entirely of men, her role as a smart and capable space princess inspired generations in countless ways. Yes, girls can shoot blasters. Yes, women can be brave, rebellious, and risk it all to save the ones they love. And hell yes, when the patriarchy tries to oppress and objectify them, women can and should strangle those agents of oppression with the very chains that might bind them.

Together, the mother-daughter duo provided a generational bridge that, for many, served as a personal foundation. Whether it was in the way we played “Star Wars” make-believe as children, or in the way we’ve looked at our mothers, sisters, and ourselves, these two amazing individuals inspired, entertained, and motivated.

As artists, Reynolds and Fisher dedicated their lives to their work and as such, that work has continued to be exceedingly relevant. Reynolds won the 2015 Screen Actors Guild Lifetime Achievement Award and continued to perform on the stage for eager audiences well into the last years of her life. Fisher appeared in last year’s latest “Star Wars” sequel, “The Force Awakens,” had a CGI cameo in this year’s “Rogue One: A Star Wars Story.” She is reported to have finished shooting for “Star Wars: Episode 8” before she passed way.

The relationship between the two women is also the focus of a recently released HBO documentary, “Bright Lights: Starring Carrie Fisher and Debbie Reynolds,” which the L.A. Times called “a thoughtful examination of the ripple effects of mental illness and addiction, the indignities of aging in Hollywood. … But ultimately, and perhaps most movingly, it’s a celebration of showmanship, of the ways in which the indomitable spirit of the performer is a metaphor for life itself.”

Furthermore, given the current political climate (Fisher was a noted critic of Trump), the political implications of the “Star Wars” films, and the need for all of us to find the rebel within, General Leia Organa of the Rebel Alliance was a valuable role model.

As artists, Reynolds and Fisher touched the lives of millions of people. Whether or not those millions knew them personally, they know their work personally and as such, the loss so many are feeling is a personal one. David Kessler, author and grief specialist, wrote a Facebook post referenced in an article called “Grief Counselor Shares 3 Reasons Why We Mourn the Deaths of Celebrities”:

It is real grief… grief is a reflection of a connection that we’ve lost…Of course, we connect with celebrities… We may have not known them, but they help us know ourselves… Their songs may help us know [ourselves], we may remember where we were when the first ‘Star Wars’ came out or what it was like to see Carrie Fisher in the newer ‘Star Wars,’ and they connect us to our youth. And help us know ourselves a little better.

Closing out a brutal year, marred by the deaths of numerous beloved entertainers, there’s something particularly emotional about the loss of both Fisher and Reynolds, in such rapid succession. In a world where so much seems so uncertain, losing two symbols of inspiration from the generations that have gone before has been disorienting. It is too easy to imagine how hard it must be losing, as Fisher’s daughter — actress Billie Lourd — has, one’s mother and grandmother at once. The prospect of forging ahead into the dark future without these beacons to guide us is frightening, to say the least.

If nothing else, one can take comfort in the truth that, even if they’re no longer here, Carrie Fisher and Debbie Reynolds have left us two lives’ worth of inspiration. Their examples can remind us that, even when caught in the rain, we can find a song to sing. Even when the night is at its darkest, there are still stars in the sky and hope to be had. After all, everyone has to go sometime or another, and there are far worse ways to do so then by drowning in moonlight.

Entertainment Drowning in Moonlight: A Farewell to Fisher and Reynolds
« Previous Story 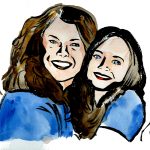 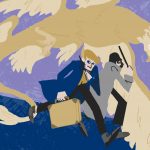 One Response to Drowning in Moonlight: A Farewell to Fisher and Reynolds