A social media star is murdered in Pakistan; women storm Republicans with period news; and Chicago dogs get sick on weed.

Chicago Dogs Sick From Eating Too Much Pot

More Chicago dogs have been going to the animal emergency room this summer for eating their owners’ marijuana, said local veterinarians last week. Either consuming raw cannabis buds or pot edibles, the dogs start to have breathing problems, struggle to walk, and become lethargic. Doctor Lauren Jakubowski of VCA Chicago North Animal Hospital told DNAinfo that they sometimes suspect marijuana consumption, “or the pet owner will actually state that their dog ate these items.”

The blog Chicago Pet Sitters attributed some of the rise to the legalization of medical marijuana across the United States (Illinois legalized it in 2014). In early July, Illinois Governor Bruce Rauner signed legislation lengthening the medical marijuana pilot program and adding two more medical conditions qualified for a prescription. Now including PTSD, the new law also insures that patients will be able to get medical marijuana in-state, rather than relying upon either going out of state or illegally purchasing it. Charles Bachtell, CEO of Cresco Labs, a company that cultivates in Illinois, told the Chicago Tribune that the legislation is “somewhat of an endorsement of the state saying, ‘You’re doing the right thing. We like what we’re seeing from the pilot program and let’s make some reasonable modifications.’”

Tweeting and calling about their cramps, dryness, and flows “like the scene from the Shining,” women across the United States have stepped up to protest Republican nominee Donald Trump’s running mate, Indiana Governor Mike Pence.

After Trump announced his VP pick, the social media campaign Periods for Pence told their followers to “Let ’em hear those hoo-has!” and posted the phone number to Trump’s campaign headquarters in New York. The protest campaign began in April, when Governor Pence signed legislation into law that would vastly restrict access to abortion in Indiana. Now joining forces with Tampons for Trump, women are having lengthy conversations with the campaign and tweeting at the Republican nominees about period cycles. Speaking anonymously to Yahoo News, the founder of Periods for Pence said that “[Trump’s] choice of Pence as possible VP reinforces the opinion of many women: that Trump views women as objects, has little respect for them as individuals, and sees them as less than his equal. Mike Pence is the poster boy for this attitude.”

The Republican National Convention also began this week with delegates, speakers, and protesters all flooding into Cleveland, OH. Some notable top Republicans, however, have declined to go, including 2012 Republican nominee Mitt Romney, 2008 nominee John McCain, and both former presidents George H. W. Bush and George W. Bush. Many others declined to attend as well, citing obligations to “to mow my lawn,” go fly fishing, and “watch some dumpster fires.”

Social media star and model Qandeel Baloch, 26, was strangled to death by her brother last week in an alleged “honor killing” in the City of Multan, Pakistan. Ms. Baloch would often publicly discuss her daily cosmetic routine, celebrity crushes, and take selfies with a bit of cleavage — all normal behavior for any western 20-something, but considered controversial in her home country. Reviled by many in conservative Pakistan, she faced lots of criticism for her “immoral” behavior, especially after she starred and danced in a music video that was posted last week. Calling herself a “one-woman army that would fight back no matter how many times I am pushed down,” she increasingly used her social media platform (with millions of followers) to discuss her political and cultural views about the role of women in Pakistani culture. Feminists in Pakistan celebrated Ms. Baloch, including Madiha Tahir, co-founder of the feminist magazine Tanqeed, who said to CNN that she was a “gutsy feminist provocateur” who “dared to be exactly herself.”

Baloch’s murder is not uncommon. More than 1,100 women were killed in “honor killings” last year in Pakistan, and many are calling for reform and stricter systems of accountability. Currently in the Pakistani justice system has a “forgiveness clause” for honor killings, in which families are allowed to settle the matter internally with either financial compensation or by simply forgiving the killer. 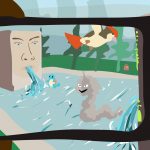 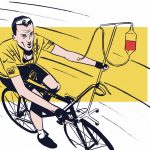