Things to look forward to on Drake’s new album.

Degrassi, mixtapes, bar-mitzvahs, and hotline bling have all been parts of Drake’s initiation to fame. As most people assume, this rapper seems to have been recently dropping hot songs left and right over the past few months to tease the public about something big.

Fortunately, this has all been a part of Drake’s plan to hype his fans about his upcoming album, “Views from the Six.” On April 9, Drake announced the release date for his album on his bi-monthly OVO Sound Radio show. His long-awaited album will become public on April 29. His hype plan has included illicit works of projected public art; he also includes a few songs that rock a unique and unexpected sound.

It’s not easy to predict what the 6 God’s album might contain — especially after the surprise release of “If You’re Reading This It’s Too Late.” Here are six things to look forward to on Drake’s “Views From the 6,” from its scandalous content to its breezy vibe.

The rapper Meek Mill and Drake have exchanged a lot of beef over Twitter, starting in February 2016 when Meek Mill called Drake out for using a ghostwriter. The bad blood likely began when Drake failed to promote Meek Mill’s new album, obviously upsetting the hot-headed Philadelphia rapper. Drake put out a comeback song called “Back to Back” and started spreading rumors that he planned to put out another fire track on his new album. Let’s hope this new track will put an end to any petty comments that Meek Mill wants to throw at Drake.

Drake recently released the songs “One Dance,” “Pop Style,” “Controlla,” and “These Days,” which each pulse with an underlying Caribbean vibe. After “Hotline Bling” hit the top of the charts, Drake has included Caribbean-inspired drums and instruments in more of his songs. Since Drake is known as a hip hop and R&B artist, it is definitely surprising to hear this new mix. Some fans say that this could be Rihanna’s influence seeping into his music after their collaboration on her recent track “Work.”

Songs for your #Feels

It’s a running joke that Drake is the one rapper who is constantly in his “feels.” It’s  only natural that he have at least a few songs that capture his original emotive essence. Songs like “Shot For Me” and “Hold On We’re Going Home,” bring home Drake’s masterful ability to bring his fans to tears. He’s so good at it, in fact, that some people have come to use the word “Drake” to  describe feeling extremely emotional. (For example: “I cried at the museum today, I guess I was feeling Drake.”) Although we all love Drake’s bangers, it’s nice to see his softer side, especially with this mix of tropical and trap vibes that are bound to infiltrate this album.

Use of Recent OVO Signees

If you are just now finding out about OVO Sound Radio, as Drake woud say, “It’s already too late.” But even those late to the game can access Drake’s personal radio station, where he collaborates with outside artists and already-signed artists on his label. Since most of the signees on Drake’s label have not been revealed, people are excited to see who will be joining PARTYNEXTDOOR, Majid Jordan, OB O’Brien, iLoveMakonnen, Roy Woods, and DSVN. It will be interesting to see how he mixes these varied styles of music.

A Hot No.1 Song  On The Charts

As one of the most talked-about rappers on the planet, Drake had actually never had a song reach the Billboard Hot 100 before “Hotline Bling.” Although “Best I Ever Had” almost scraped the 100-mark, he’s just now starting to see his pop potential. The cleverly created pop-style and hilariously choreographed music video for “Hotline Bling” — complete with endless memes, gifs, and lip-sync covers — shows the world a new, savvier Drake who is ready to burst onto the music scene all over again.

If you are a Drake fan and don’t know what the title of his album means, you should feel ashamed. But just in case: It contains the nickname for the city of Toronto, ‘The Six”; it’s also Drake’s nickname and logo of “6 God.” Earlier last year, the citizens of Toronto were pleasantly surprised when Drake released his album, “If You’re Reading This It’s Too Late,” which contains many shout-outs to his hometown. It has been rumored that his upcoming album will have another Toronto anthem — one that will add another catchy phrase to last year’s “Running through the six with my woes.”

Entertainment Views From The 6
« Previous Story 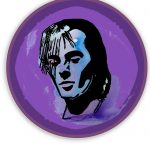 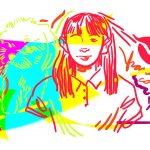