An inside look at the upcoming exhibit at SUGS.

We had a chance to gain some early access to the artists behind “Nandito na Ako: I’m Here, Now,” an exhibition by Student Union Galleries (SUGS) at the LeRoy Neiman Center Gallery (37 South Wabash). The show will run from April 30 to May 9.

“Nandito na Ako” — a Tagalog phrase that translates to “I’m here now” in English — is a collaborative exhibition meant to facilitate a conversation surrounding the Filipino-American identity. Due to its roots in Austronesian, South Asian, Malay, Polynesian, Chinese, and Japanese cultures, as well as in Spanish and American colonization, the Filipino experience is often fragmented, convoluted, and underrepresented. The artists aim to dissect the complexities inherent to their ethnicity and play at defining something that constantly evolves through the use of iconography, relationships to personal memory, and the exploration of Filipino history and traditions. The artists, Lorén Ibach (BFA 2017), Vi Viray Bautista (BFA 2017), Tristan Espinoza (BFA 2017), Craig Stamatelaky (BFA 2018), Kyrstin Rodriguez (BFA 2016), Tewosret Vaughn (BFA 2015), Cheryl Acuña (BFA 2017), Jerico Domingo (BFA 2017), and Anna Liza Evangelista (BFA 2016), pay homage to their motherland, the Philippines. 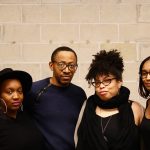 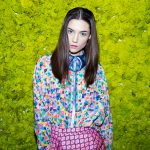