‘Age of Cannibals’ puts ‘The Wolf of Wall Street’ to Task

“Age of Cannibals” is a darkly comic foreboding German masterpiece.

“Age of Cannibals” is the actualization of how Americans should have understood “The Wolf of Wall Street.” Johannes Naber’s second film has been considered by most critics to be “the German version of” the blockbuster film starring Leonardo Dicaprio; however, at some points the comparison seems to lessen the potential of the film. Featuring three cold-blooded consultants traveling the world to extract as much money out of third world countries as possible for their clients, “Age of Cannibals” is a great film that leaves the audience hating the way that they feel. I loved the movie, but I would not see it twice.

The shock that persists after seeing “Age of Cannibals” is not what the majority of American audiences felt after seeing “The Wolf of Wall Street.” A.O. Scott, writing for the New York Times, aptly describes viewers leaving the film in 2013 with a “surge of adrenaline” and “intoxicated by … visual delights and visceral thrills.” Scott realizes that it is impossible to decide if “The Wolf of Wall Street” should be “condemned or celebrated,” and he gets it exactly right: “This may be, in the present phase of American civilization, distinctions without a meaningful difference behind them.”

In comparison, Arne Storn, a German critic writing for Die Zeit, writes that “The Wolf of Wall Street” was not really about the world of finance, though it might have had “Wall Street” in the title. Instead, he says, “it’s about heroes and villains, about drama, about a good story.” Naber’s film, in comparison, is actually about the world of consulting — a world that most Germans have never seen, but equate in atrocities with Wall Street. Though the trope of the consultant in America is that of someone who is semi-employed and harmless, their reputation in Germany is considerably different. It is safe to say that American viewers simply missed the point of “The Wolf of Wall Street,” but have no fear, the “point” will become all too clear after watching “Age of Cannibals.”

Much as in “The Wolf of Wall Street,” the characters in “The Age of Cannibals” are often suit-clad and their grasp on reality is tenuous, but that’s where the comparison ends. The entire film takes place in eerily similar hotel rooms located in interchangeable third world countries. It is impossible to guess where the characters — Kai Niederländer (Sebastian Blomberg), Frank Öllers (David Striesow), and Bianca März (Katharina Schuettler) — are located at any given moment. All that can be seen out of the windows of their hotel rooms are large, gray rectangles that creepily remind this author of the Jewish Memorial in Berlin. Nothing looks real, but this allows the audience to focus on the situation unfolding through Stefan Wiegl’s incredibly dark and comical dialogue. In addition to allowing the characters to feel complete isolation from the outside, the set design reminds audience members of the unreal protective isolation of the privileged.

The three consultants spend most of their time together, since they are too afraid to venture outside — an outside that is plagued by pollution, chaos, and war. Bombs and machine guns can be heard throughout the film, but, like Niederländer explains, they easily become background noise. Inside their luxury hotel, they are safe albeit miserable. The three know this and are extremely self deprecating. When a colleague back home in Germany commits suicide, they agree that “the only thing that keeps us from committing suicide is that the windows don’t open.”

Niederländer, Öller, and Bianca are safe inside the hotel to be straightforwardly racist and condescending to their clients, who come from Nigeria, Lagos, India, and Pakistan. The racism of the characters in this film is potent in a way that it could never be in a popular American film. Öllers sums up his understanding of Indians and Pakistanis for a client by explaining,“You Indians burn widows, they wear burqas. Where’s the difference?” In spite of this, the clients and hotel wait staff cater to the rich, white consultants. These people, living in unfortunate circumstances, need their help. They are desperate for it. One women in Lagos begins to strip in front of the three consultants after her boss leaves the room exclaiming, “Take me with you! I have a master’s degree in economics! I cannot stay here!” This is almost too much for Bianca, the most grounded and passionate of the three, to take, but it is not the most troubling aspect of the film.

The film escalates further and further the absurdity and helplessness that swallows the three main characters, who are caught up in a corrupt system of global capitalism. Cornelius Schwer’s incredible musical score and the long blackouts between scenes emphasize the heart-pounding anxiety that comes with working under such high stakes. The characters are hungry for success and will take down anyone in their path to get it.

“Age of Cannibals” is funny, but only in the darkest, most cynical way. When Bianca asks Öllers if the consulate will save them when the war outside becomes too dangerous, Öllers answers sarcastically, “No, the Goethe Institute, Bianca.” (This is the German language school located all over the world.)

The characters of the film are never mistaken for heroes, and they know that they themselves are the miserable villains of the story. Their self-loathing seems to be a comment on us, the audience, who are able to sit in a theater and watch this film. It is apparent from each individual character’s anxieties that they know they are not really safe in these hotels. The three main characters are willing to be a part of this deplorable system because they believe that it keeps them separated from the reality that is happening right outside of the hotel. But the wall separating the the corporate “stars” from the poor, whom they abuse, is getting thinner, and when it finally breaks down, there will be no way out.

Age of Cannibals is playing at the Gene Siskel Film Center as part of the European Film Festival on Wednesday, March 16 at 6 p.m. (The film is in German and English with English subtitles.) 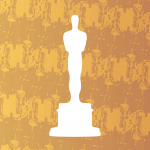