“The Black Sheep of Feminism” highlights art about feminism and sex-positivity.

Sex positivity is an ever growing ideology. Like feminism, it is always evolving and is defined differently by each individual. The “Black Sheep of Feminism: The Art of Sexual Politics” at Dallas Contemporary, consists of 26 works by Joan Semmel, Anita Steckel, Betty Tompkins, and Cosey Fanni Tutti.

These four artists made political, sexually explicit art during the heyday of second wave feminism in the 1970s. Like other artists from this time, Semmel, Steckel, Tompkins, and Tutti have been grossly undervalued in art history. Despite not being taught in art history courses, Semmel and Tompkins especially have been making a resurgence in the art world producing new one-woman shows.

Betty Tompkins has two series in the exhibition: “Fuck Paintings,” which also depict extreme closeups of heterosexual intercourse, and “Cow/Cunt Paintings.” In “Cow/Cunt Painting #2,” 1976, the cow appears to be taking a stroll in pubic hair. The figure’s vulva, covered in hair, is front and center and her upper-inner thighs cradle the image. Aligning cow and cunt could simply be a funny alliteration — but it might also be a social commentary on mothering, an innuendo for grazing/oral sex, or the commodification of body.

Fanni Tutti is a British artist and musician who photographs herself for pornographic magazines. The images comment directly on the connoisseurship of sex — playing the body to please the viewer — but her contemporary photo series “Szabo Sessions (Volume 1),” 2010, pushes the conversation further.

In the second Volume, Fanni Tutti wears a zip-up leather romper and takes various poses. The series includes progressive images of the zipper’s teeth v-ing out from the back of the vulva and up her back. As the photos continue, her labia, the only part of her vulva visible, slowly disappear.

Showing these artists is incredibly important in the current climate of gender and identity politics, censorship of the female body, and feminism in mainstream culture. The strides these four artists made throughout their career, but especially with their activism in the ‘70s, made it possible for shows like “The Black Sheep of Feminism” possible. While there is still a long way to go before sex censorship is no longer an issue, sexually explicit art is at least left to exist as a niche category today.

However, though undervalued by art history, these four artists are hardly the black sheep of feminism. Steckel is known for starting the Fight Censorship Group where women artists came together to fight against sexism and puritanism, especially in art. Steckel’s ability to bring together so many feminist artists to fight against the censorship of female sexuality shows that rather than being marginalized within feminism, she was integral to a sub-movement.

Semmel was a member of the Fight Censorship Group, along with other feminist artists Louise Bourgeois, Hannah Wilke, and Judith Bernstein. Semmel and Steckel were very involved in feminist art movements of the ‘70s. Feminist artists as a whole have not been thoroughly historicized, so it seems unlikely that these four artists have been purposefully undervalued, when they are some of the most commonly known artists from the movement. To really look at marginalized feminist artists of the time would require looking beyond the leaders of the movement and those included in more exclusive group and solo shows.

Before viewing the show, the gallery assistant told me that photography was not allowed in the exhibition because it “is basically like posting pornography.” This response seems antithetical to the argument these artists are trying to make with their work. The four artists fought against the screening of sexually explicit (and politically charged) images. Not allowing photography of the work proves that the goal of the show is not to question the standards for censorship in our society; rather, it is to focus on the historical importance and “marginalization” of the artists shown. 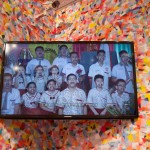 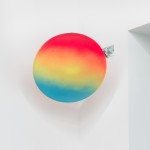