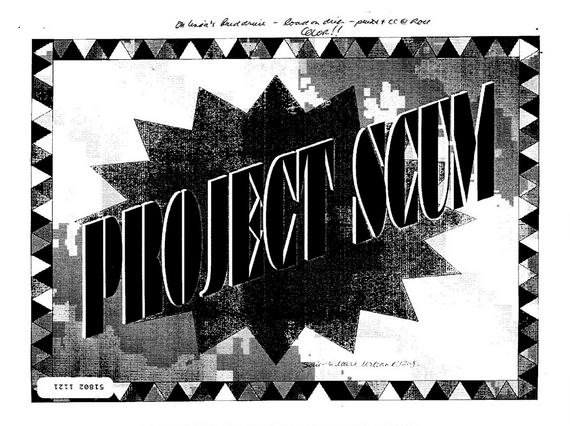 In the mid-1990s R. J. Reynolds, one of the largest tobacco companies in the US, engaged in a marketing campaign secretly titled “Project Scum” to increase sales of Camel brand cigarettes to minority groups. The company methodically researched and targeted neighborhoods in San Francisco with high gay and lesbian populations in order to encourage those they judged “scum” to buy their products.

Today, the fastest-growing and most profitable populations for big tobacco (the new “scum”) is overflowing at SAIC: hipsters. From 2006 to 2008, R. J. Reynolds developed a marketing strategy in order to tap into this profitable stream of consumers by using a “style is strategy” model.

In order to recruit the young, rebellious, and artistic consumers they so desperately wanted to addict to their product, R.J. Reynolds recruited famous New York tattoo artist Scott Campbell to design their “artist packs.” 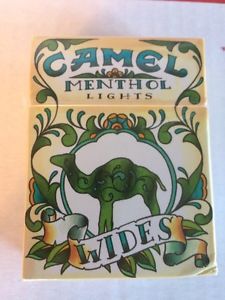 “Marketing Camel as the brand that caters to the young artists’ world sought to give Camel credibility with this trendsetting market,” stated The Center for Tobacco Control Research and Education in an article published in 2011. “At the same time, creating a financial dependency on Camel would make artists as reliant on Camel for funds as Camel was on the artists for authenticity.”

Playing into the interests of companies like R. J. Reynolds, smoking cigarettes has deeply embedded itself into the culture of the School of the Art Institute of Chicago (SAIC).

“Smoking performs a large role in the culture at SAIC,” said senior BFA student Elizabeth Housewright. “It’s more than the nicotine rush — it is a social moment where peers and friends can take a break collectively, step outside the walls of the school and chill for a moment. When you walk by Sharp there’s always a group of strangers and friends speaking to one another and enjoying a collective moment. I think it speaks volumes to our school’s need for community and social engagement around a common event.”

According to data collected in 2013 by Health Services at SAIC and the National College Health Assessment (NCHA), 33.7 percent of SAIC students reported cigarette use within the last 30 days compared to 13.8 percent of the reference group.

Though the smoking rate at SAIC is more than double the rate of other universities in the United States, some students here do not think smoking is an issue.

“I do find that a lot of people smoke at SAIC, but I don’t think it’s a problem,” said a junior at SAIC who wished to remain anonymous.

When questioned about their own smoking habits, students replied that they had smoked occasionally before coming to SAIC, but that there tended to be a period of time through freshman year where individuals smoked more frequently than usual, due to the commonplace nature of smoking outside the residence halls. 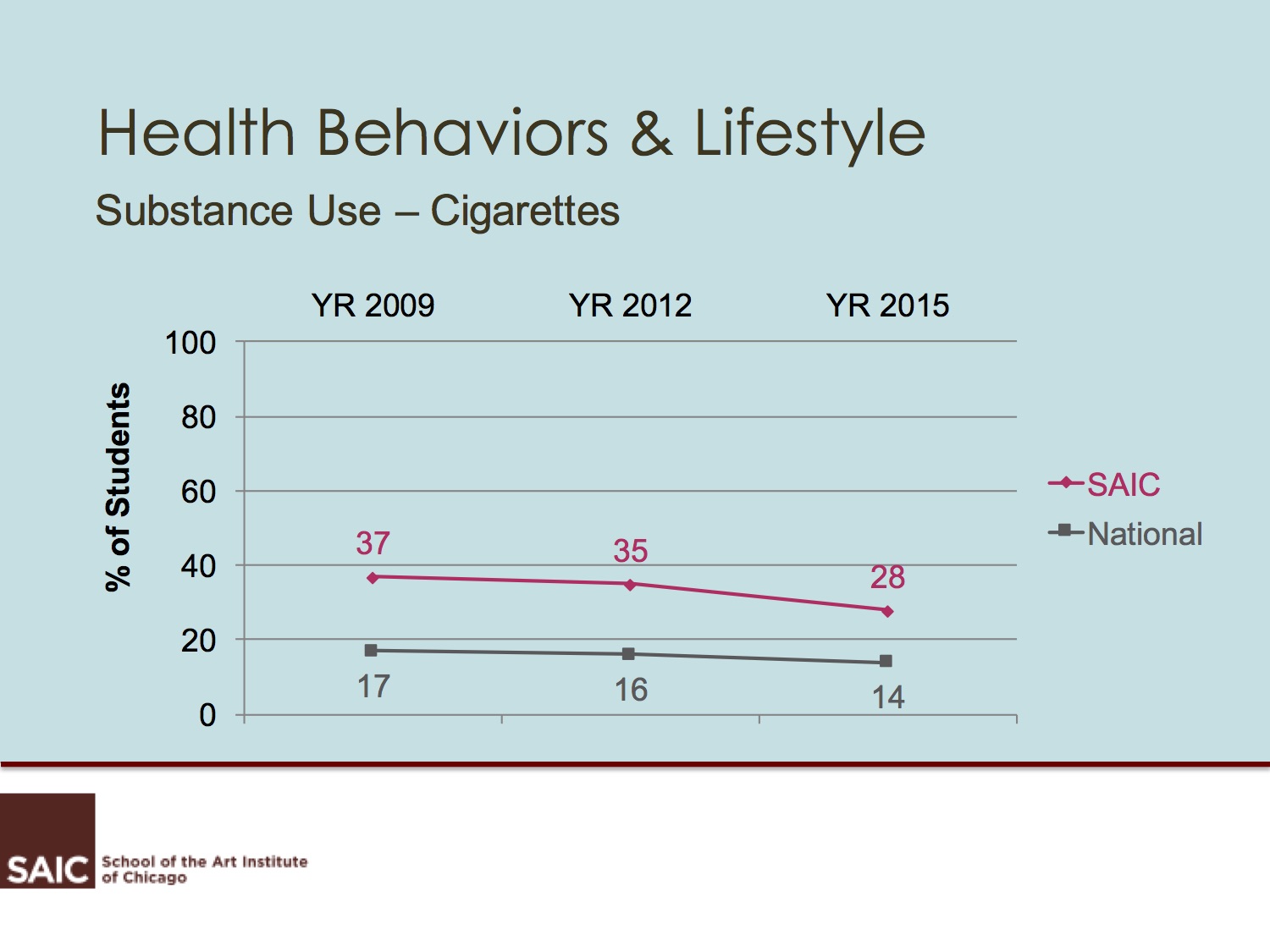 graph courtesy the School of the Art Institute of Chicago

Although a Healthy Minds survey provided by Health Services shows the steady decline of cigarette smoking at SAIC (37 percent in 2009 to 28 percent in 2015), the number of students smoking is still double the national average.

When questioned about what measures health services were  taking to combat cigarette consumption by students, executive director of Health Services Dr. Joseph Behen referenced the Healthy Minds study, and said that he believed that “the decline in smoking is at least partially related to the implementation of Alcohol Edu for new and incoming students, which helps students to develop healthier relationships to alcohol, and in turn, makes it less likely that they will smoke cigarettes.”

The cigarette consumption at SAIC, however, appears to take place during the day, just steps outside of SAIC buildings on Wabash, Michigan, and Columbus Avenues — in the total absence of alcohol.

“The biggest public health concern among adolescents and young adults who smoke is the high likelihood that casual or ‘social smoking’ will progress to nicotine dependence and daily smoking,” wrote Dr. Robin Corelli, a professor of clinical pharmacy at the University of California, San Francisco.

“Many people underestimate the addictive potential of nicotine — indeed, nicotine is as addictive as cocaine, amphetamines and heroin. While nicotine by and large has few health risks, tobacco smoke contains nearly 5000 chemicals that include carbon monoxide, hydrogen cyanide, formaldehyde, lead and other toxins that cause cancer and numerous other chronic diseases.” 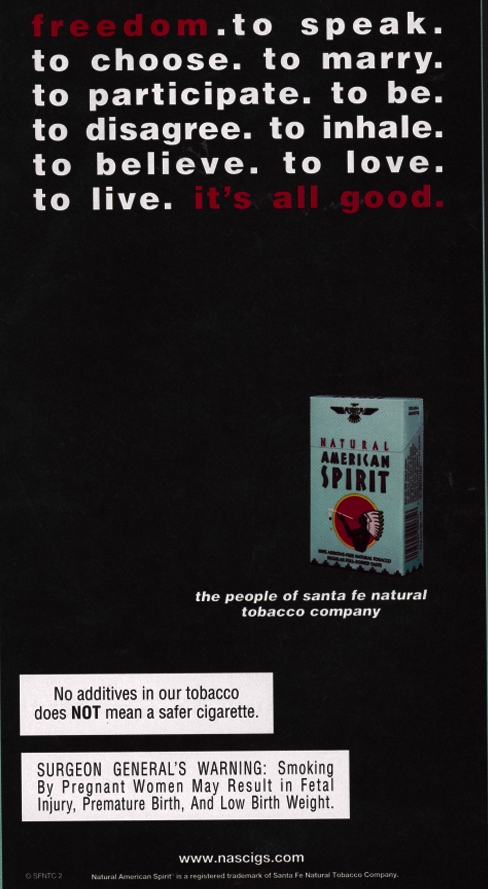 According to the Surgeon general in 2015, it is estimated that 100 percent of adults who smoke regularly started before the age of 26. According to the Surgeon General in 2004 and 2006, smoking impacts nearly every organ in the body, and there is no risk-free level of exposure to secondhand smoke.  The Center for Disease Control and Prevention puts the number of deaths directly associated with smoking annually in the United States at 480,000, exceeding the combined mortality rates of AIDS, Alzheimer’s, alcohol, motor vehicle accidents, fires, obesity, homicide, and suicides.

The Center for Tobacco Control Research and Education states that in order to push their cigarettes onto young artists, “Camel portrayed hipsters’ nihilism, the posture of welcoming rather than fearing death, dismissing the civilizing project and order maintenance of dominant culture, which manifests as rebelliousness, self-destructiveness and negation of accepted symbology.”

When asked if she thought the art school environment condoned cigarette smoking, a sophomore at SAIC (who wished to remain anonymous) stated, “SAIC definitely perpetuates smoking. It’s a weird phenomenon. The art school aesthetic is complete when you smoke. I’m just joking, but it’s probably a little true. I’m not sure if it means that SAIC needs to intervene or tell kids to stop doing what they do, but maybe there could be more efforts to craft a space for students to mingle without a cancer stick in hand.” 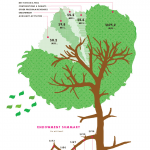 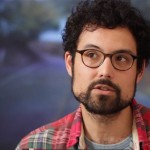