Get a sneak peek to the latest exhibition at Gallery X.

F Newsmagazine and Student Union Galleries | SUGs have teamed up to provide you an exclusive look at “Stunt Road” opening in Gallery X March 31. Stunt Road scrutinizes one of David Hockney’s most anomalous and least knowable artworks, The Wagner Drives, and provides the audience with unprecedented access to it. The work featured in Stunt Road resulted from Arthur Kolat’s (MA 2016) and Ange Wong’s (MA 2016) performances of The Wagner Drives in the summer of 2015. Hockney originally set the drives to a Wagnerian soundtrack at dusk in the mountains above Malibu. By rehearsing the routes, Kolat and Wong sought to study the work through firsthand acquaintance with it. In addition to photo and video documentation of the process, Stunt Road highlights reenactment itself as a valuable method of art historical research. Due to their experiential and fleeting nature, The Wagner Drives demands to be studied in this way. Gallery X is located at 280 S. Columbus Dr., room 113. The exhibition closes April 28. 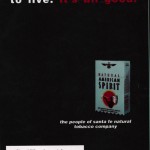 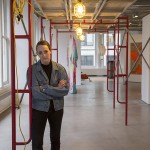