Beauty Behind the Madness , the latest album from Canadian singer The Weeknd, is suddenly everywhere. This is Abel Tesfaye’s 2nd studio album, following upon the heels of his 2011 House of Balloons, as well as numerous mixtapes. However, it is only a slight exaggeration to call Tesfaye’s rise to notoriety ‘meteoric,’ with a VMA …

Beauty Behind the Madness , the latest album from Canadian singer The Weeknd, is suddenly everywhere. This is Abel Tesfaye’s 2nd studio album, following upon the heels of his 2011 House of Balloons, as well as numerous mixtapes. However, it is only a slight exaggeration to call Tesfaye’s rise to notoriety ‘meteoric,’ with a VMA performance under his belt, an appearance in the 50 Shades of Grey soundtrack, and a vast amount of critical and commercial success, all within the last year. Fans of Tesfaye’s trademark narcotic-esque sensibility will see it fully realized in Beauty Behind the Madness, a lush and dreamy soundscape  of an album. Tesfaye has hit his aesthetic stride this time, and that alone may save the album from some of its flaws. It just sounds so good.

The album starts off strong with “Real Life,” a track that is simultaneously dark and satisfying, sprawling and concise, edgy and accessible. Then on to “Losers,” one of the strongest songs on the album, which features a nice break from the oft-monotonous vocal flow of the album. A catchy clap track and piano verse set the song nicely off-kilter, and the whole production sounds like it’s coming from the bottom of some murky depths, maintaining the mysterious haze pervading the album as a whole. “Losers” touches upon a rare moment of genuine emotional intensity, a breaking point in Tesfaye’s concernedly aloof demeanor. “Can’t Feel My Face” is just as catchy as it’s cracked up to be, of course, and because of this can be politely called an ‘homage’ to Michael Jackson, complete with breath catches and dancey bass.

But the sweet and murky haze can’t hide the weak points of the album, namely Tesfaye’s lyrics, which occasionally reach points of unpardonable shallowness.

The Weeknd is a character, “with the hair, singing ‘bout popping pills, fucking bitches, living life so trill,” a self-created mythos that is hard-living, disaffected, jaded and self-aware. At Tesfaye’s strongest lyrical moments, we feel that melancholic urge to lose ourselves, at its center an intriguing poetic loneliness. But even taking this character into account, there are moments when the poignancy wears thin; “I only call you when it’s half past five, the only time that I’ll be by your side, I only love it when you touch me, not feel me, when I’m fucked up that’s the real me,” he sings in “The Hills,” a little too heavy in its’ themes of dissipation not to prompt a little eye rolling.

The bad boy persona has grown more self-aware in this album, as Tesfaye seems to lean back a little and assess his sudden fame, “My cousin said I made it big and it’s unusual, she tried to take a selfie at my Grandma’s funeral,” he sings in “Tell Your Friends.” This self-reflexivity is a welcome change from the unending tales of hedonism and debauchery that Tesfaye hammers home in much of the album. But more difficult still is Tesfaye’s elusive female character, who, while continuously shape-shifting, is ever-present in the vast majority of the album. She is a type, she is every woman that Tesfaye’s character seems to circle in perpetuity, as he scrapes at the surface of emotional connections. She is frustratingly one-sided, a mere prop for Tesfaye’s loner plight.   For the amount of airplay she gets, she seems to deserve a little character development.

Let’s be real for a minute and address one fact: the female-as-prop phenomena is not new to pop culture. It exists in almost ever form of pop culture, and has for a long time. Take for example the ‘manic pixie dream girl,’ a term coined by film critic Nathan Rabin to describe a movie trope that uses a quirky, ultimately idealized woman to shake up the plot of the introspective (male) protagonist. Ultimately, she does not really exist outside of the heroes story, and usually ends up disappointing him in some way or another, but hey, she helped him grow as a person. So why is this relevant? Tesfaye’s songs are cinematic. The Weeknd, as a character, is as curated as can be. Tesfaye is presenting an edited version of what it’s like to be him, and he’s choosing to take his introspection on a detour through his interactions with her. As she rides the wave of Tesfaye’s ‘trill’ life, she presents a subtle, perhaps more humble way of proving just how crazy his life really is. All in all, though, this use of his female character as a device is tolerable in comparison to the instances when she takes a little more shape. In those fleeting moments, she is almost always at one end of a hyperbolized spectrum: shallow and desperate, or perfect. Either way, she is not really human.

Fortunately for Tesfaye, however, his aesthetic instincts are so sound that these lapses into banality are masked. The music possesses a subtlety that lyrics at times do not, and the result is always interesting, even if a little redundant. It will certainly be interesting to see Tesfaye’s songwriting, already starting to reflect on his change of circumstance, evolve with his elevation to pop icon. It is reassuring to see him remain true to the dark and hazy sound that got his foot in the door, even as he forays into what is at times far poppier material. Tesfaye has created a world with his music, and it is nothing at all like real life.

Beauty Behind the Madness, The Weeknd, VMA's 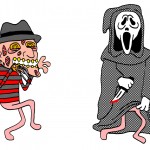 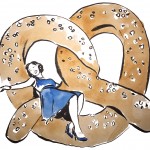