Story and Photos by Kimia Maleki

It all started with an article in a classroom. As a first year student in the Arts Administration and Policy department at the School of the Art Institute of Chicago (SAIC), I was the only student from the Middle East. During the first session of my Arts Organizations in Society class, I wanted to discuss  the predatory market in The United Arab Emirates (UAE), how it sometimes exploits Iranian artists, but I could hardly speak up. 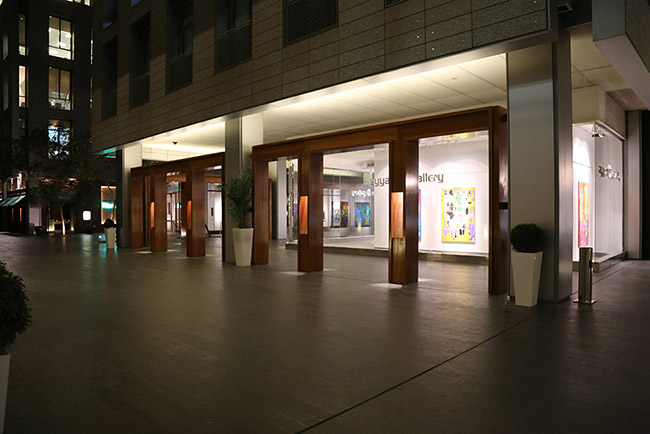 By the end of the semester, I decided the art scene of the United Arab Emirates (U.A.E.) was something that I should see closely. I had been in Dubai several times in order to apply for a U.S. Visa, since my Iranian hometown has no U.S. embassy.  My initial excitement, admittedly, mostly involved staying with family in Tehran and eating delicious food like Abgoosht. However, there were significant reasons for concern as well. Many artists and activists were banned from entering U.A.E. after taking part in a Gulf Labor expose — which addressed issues such as the exploitation of migrant labor in the building of Abu-Dhabi’s cultural district — and many of my relatives expressed concern about me traveling to the U.A.E. as a single woman. Despite my initial worry, I faced no difficulty in being granted a visa.

While I sent emails to various gallery owners, the emails garnered no response, so I was forced to embark on my own field trip, walking through the desert-like streets of Dubai. Though most residents of Dubai seemed to find refuge from the heat in their luxury cars, my budget only allowed me to take a train or bus. Walking proved difficult, as Google Maps directed me over hot sand and stone. 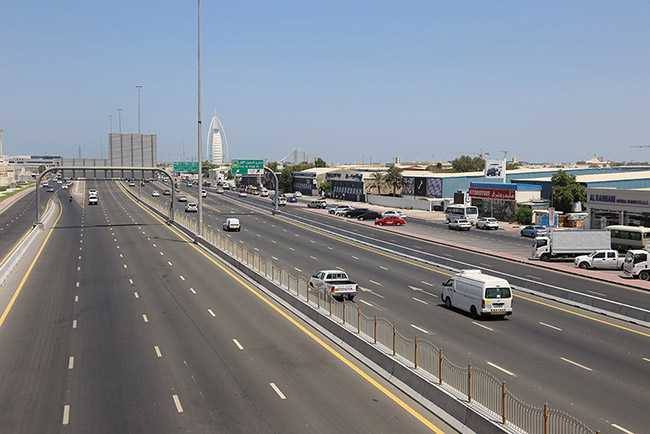 On my way to Meem Gallery, the only walking person in the streets. 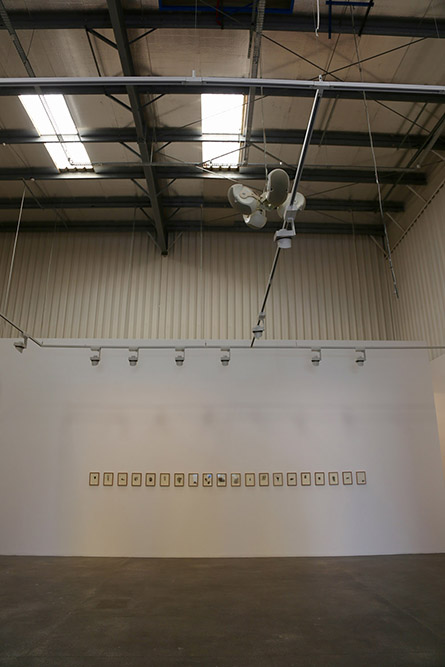 I learned a lot in Dubai, though my trip would not be complete without visiting other cities in U.A.E., namely Abu Dhabi and Sharjah. The ability to see the art scene in all three cities gave me a more rounded sense of what the U.A.E. market is like. Going to Dubai galleries is a clear example of how money can regulate the gallery system, regardless of its audience. I was told several times that the season in which I was traveling was almost summer. In mid-May, most people travel abroad to escape the heat, thus, galleries don’t have many shows. I began to question what necessitated a gallery staying open if there was no business moving through it.

After I figured that a gallery can compensate the budget of a one-year lease and utilities with selling a single piece of art, I considered the reputation of all galleries, as well people who work there and the artists whose work is shown. While most of the people I met in galleries were from the United Kingdom, Iranians and Syrians were much more involved in both the running of the gallery and the production of the artwork. I saw customers who were coming to have meetings for art consultations. Firms, hotels, restaurants and boutiques ask gallery owners to give them advice on how they should buy, show, and collect art pieces. The systems appear to operate in small units, rarely exceeding 6 workers. While workers wages are very low in the U.A.E., hiring an educated staff would be expensive, therefore making it preferable for a business to remain small and maintain more massive profits. 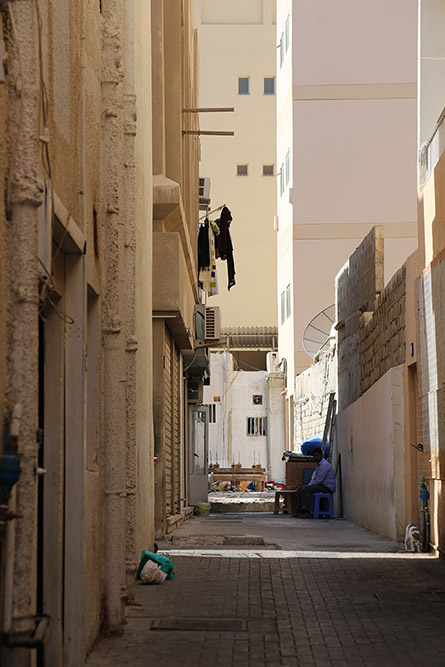 While I was in Dubai, I didn’t want to limit my explorations to the new and modern galleries of Al Qouz (the industrial neighborhood). I found my way through the older parts of Dubai, and after experiencing the average life of citizens, it became apparent that these galleries were not for them. They seemed to imply that if you don’t have a car or are not part of a particular social class, you never had access to those galleries (aside from what might be occasionally displayed at a shopping center). 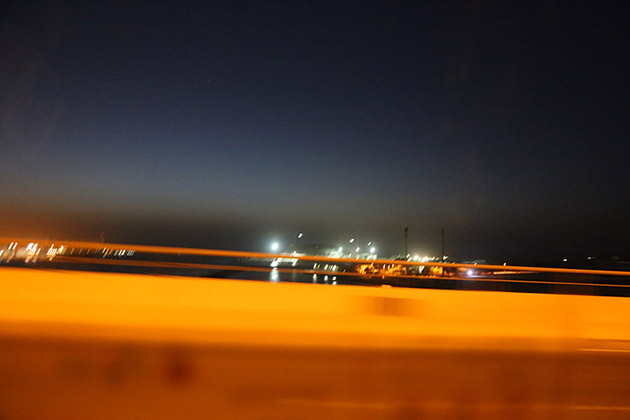 The only possible picture of the Louvre under-construction, taken from highway.

Before I reached Abu Dhabi I spoke with Bana Katton, an Arts Administration SAIC alumni, who has just started her career as an assistant curator in Abu Dhabi. Saadiyat Island (in Abu Dhabi),  has been a controversial subject for years because of the construction of the Guggenheim branch. She explained to me the current state of Guggenheim construction. After talking to her, I examined Google Maps’ image of the Guggenheim, and it confirmed what she had said: the construction hadn’t even begun. Of the two, only the Louvre was under construction. I tried to see the sites for myself by contacting the Abu-Dhabi authority, but access was strictly prohibited. 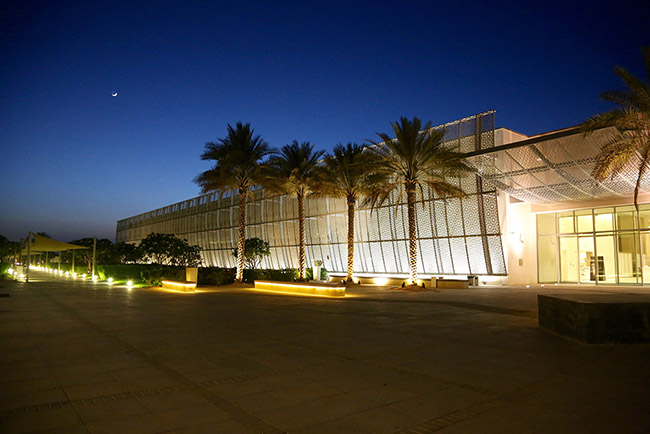 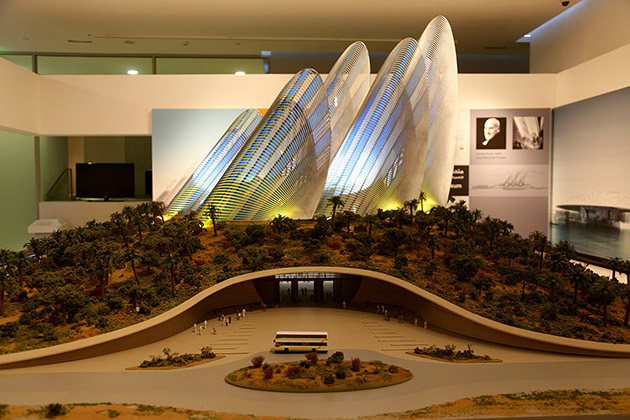 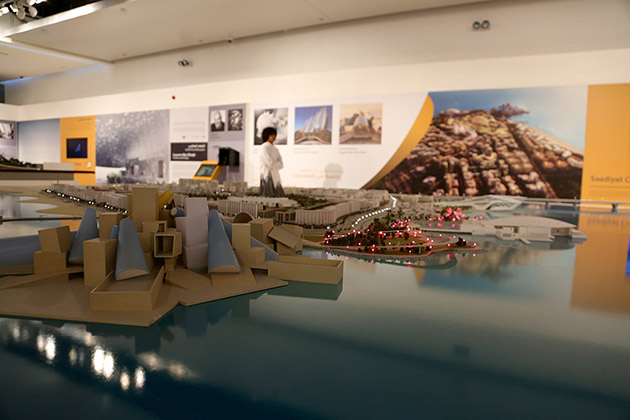 In Abu Dhabi again, I wanted to experience my time there as a local. When I was in the bus station, I realized I was the only one who was not labor worker, and waited for the bus. 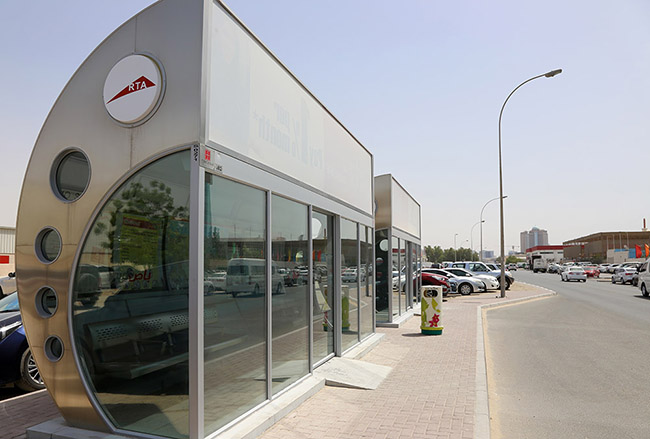 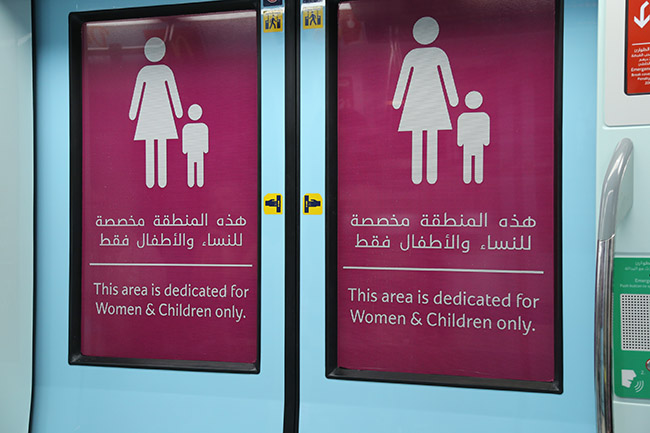 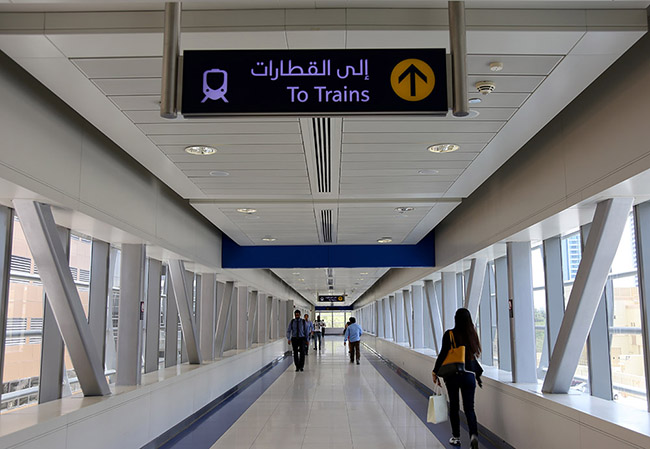 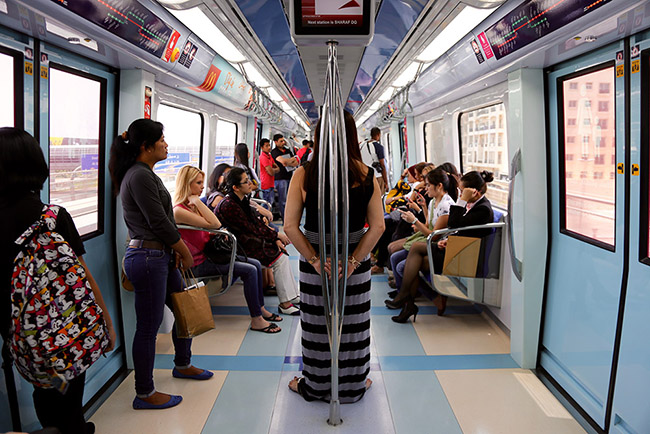 My trip to U.A.E. ended with a two day stay in Sharjah, which required a bus from Abu Dhabi. In Sharjah, you will find an art scene completely different than Abu Dhabi or Dubai, but perhaps that is an essay for another time.

Arts & Culture Dubai’s Art World, But Not For All
« Previous Story 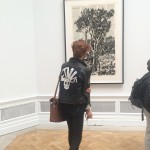 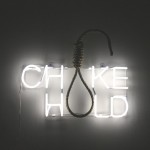