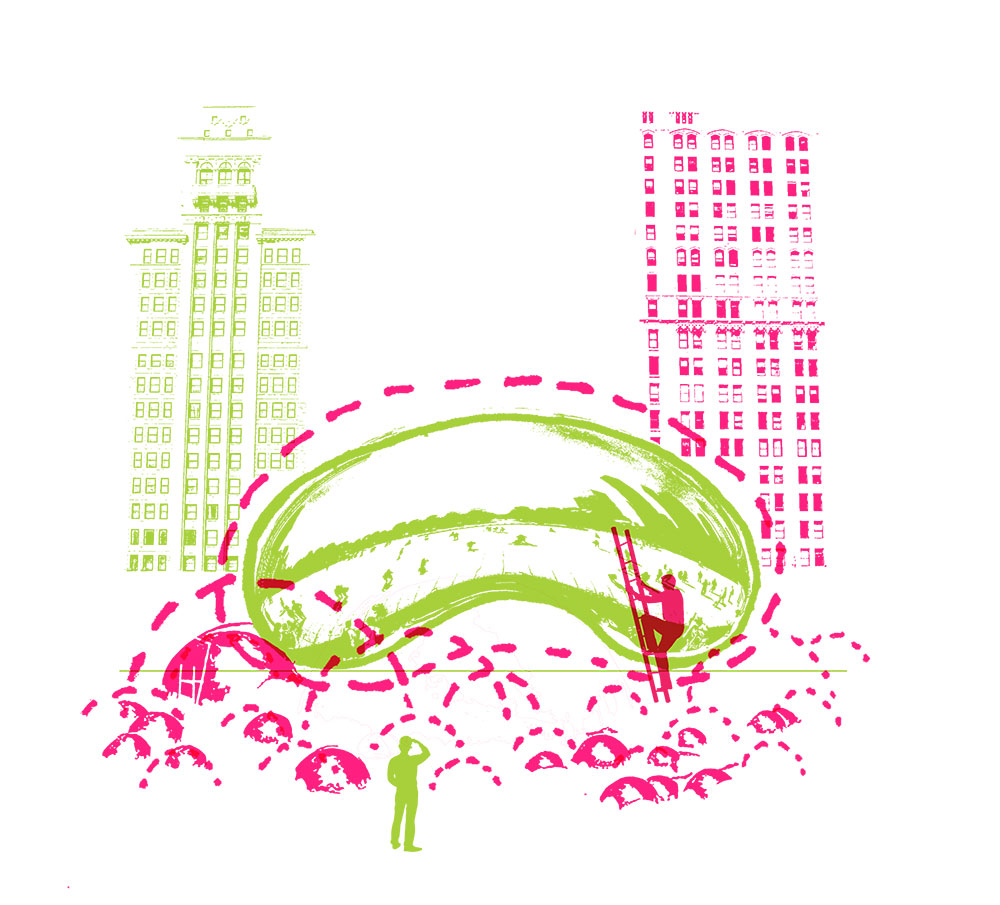 When Mumbai-born artist Anish Kapoor designed and constructed the famous Cloud Gate (The Bean) sculpture in Millennium Park in 2004, both natives and tourists were thrilled at the city’s new  attraction. “The Bean” reflected the city skyline at night, while during the day one might see tourists taking pictures of themselves with the sculpture.

In Xinjiang, China, however, the Chinese government has allowed for a public sculpture almost identical to Chicago’s famous bean to constructed. The sculpture will open in August, complete with an LED light installation underneath it. The state-run paper People’s Daily reports that the sculpture was made in the shape of a “big oil bubble.”

Amsterdam and Copenhagen have set the model for cities with large concentrations of cyclist-commuters ensuring that their eco-friendly commute will also be a safe one, while US cities like Salt Lake City and Boston are planning on implementing these lanes on their own streets.

A self-proclaimed citizen militia group called the Oath Keepers, who are dedicated to protecting the Constitution, were present at the one-year anniversary protest of Michael Brown’s death, protecting a journalist who works for a site called Infowars.com. This group, comprised of almost exclusively white men, has been described by the Southern Poverty Law Center as a “fiercely anti-government, militaristic group.” Videos can be found on YouTube of some of their members puzzlingly talking to citizens of Missouri present for the protests about the oppressive nature of sales tax.

An armed group of white men patrolling the streets irked law enforcement officials as well as making participants of protests extremely uncomfortable. Though, some business owners who allowed the militia to stand on their roofs admitted that they felt safer with them there, according to the Washington Post.

Amnesty International met in Dublin and released a document that proposed the decriminalization of the sex trade as a means to protect and respect sex workers.

Later that month, a letter, which was signed by myriad human rights advocates including celebrities like Lena Dunham and Meryl Streep, was written to the directors of Amnesty International condemning the “catastrophic” proposal.

Sex workers who were in support of the proposal, as it would give them the right to report abuses to law enforcement and seek consequences for abusive clientele, were outraged at the celebrities, mostly, and told them to “Stop Grandstanding.” The Daily Beast interviewed one sex worker named Karen DiAngelo who was victim to a brutal assault that left her in the UC Davis Medical Center, where she says she was told by police that she would be arrested if she wanted to press charges. 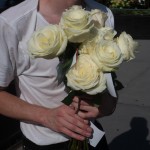 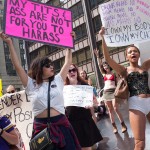