The Urban Bush Women are not limited to dance. Moves stop to give way to singing on several occasions. There is humor, there is rap, there is femininity and a bouquet of divaesque attitudes.

The stage is in complete darkness except for a spotlight on a soloist moving slowly. There is no music, only a series of names pronounced in the microphone by an invisible speaker. Andrew Goodman, Maya Angelou, Rosa Parks, James Chaney, Katherine Dunham, Trayvon Martin, Eric Garner, and many more. The Urban Bush Women are celebrating 30 years of existence at the Columbia College Dance Center and the theatre is filled with an eager audience, waiting to (re)discover the company’s most iconic works.

Water sounds are gradually emerging as the dancers start swinging and stomping. Their movement segments are prompted by one voice. Like soldiers in a military parade, they perform phrases and change directions following their leader’s vocal cues. They are powerful; they appear fearless; they are female fighters, feminine warriors.

The dancers move to a series of rhythmic duets, stomping hard as they fill the entire stage, travelling through it in exciting cavalcades and dynamic leaps. Their energy is out of this world and seems incredibly contagious. The whole space is filled with a sort of ebullient aura, the dancers’ rhythmic breaths becomes the soundtrack of this electric group experience. The choreography is an unexpected yet balanced alliage of diverse dance styles: post-modern morphs into explosive Krump-inspired moves, suggesting once again a war-like state, a continuous struggle.

The Urban Bush Women are not limited to dance. Moves stop to give way to singing on several occasions. There is humor, there is rap, there is femininity and a bouquet of divaesque attitudes. As part of the mash up performance, performers gather in a semicircle and, one after the other, introduce themselves through a witty rap song. They emphasize their bodily characteristics and their personality traits, celebrating differences and mocking stereotypes. The rap interlude literally brings the audience to their feet and all are clapping to accompany the performance.

Following 30th Anniversary Mash Up which included the popular favorite Batty, the show takes a grimmer turn with the thought-provoking Dark Swan. As Yo-Yo Ma’s rendering of Camille Saint-Saens’ The Swan is playing, dancers are facing back to the audience on a three-quarter stance, trembling. They tremble continuously for a long two minutes. The micro-tension in their muscles to provoke each twitch is hypnotizing; the physical control that such a small and quick repetitive move requires is literally breath-taking. Their collective trembling exudes sadness and pain. They seem rooted in an unbearable situation, sobbing, shaken by grief or maybe fear. After a painful 120 seconds or so, they alternatively get on the ball of their feet, still shaking, and travel back and forth in piétinés.

Tendayi Kuumba, one of the dancers on stage, utters guttural sounds that sometimes evolve into scat singing as the others roll their hips. As the light and music start fading she stumbles on the same sound over and over again, “B… Bb.. Bl…B,” and finally spits out a proud and powerful “Black!”

The last piece of the celebration is Hep Hep Sweet Sweet a story of the music and life in the Great Migration, a thought-provoking and feel good piece all at once, set in a fictional nightclub. The playlist is a feast of jazz and blues with elements of boogie woogie and bebop. George Caldwell plays piano live, accompanying the dancers’ moves and the voice of Tendayi Kuumba who sings once again to the great pleasure of the audience. The piece alternates narration, dance and songs, relating the anger of the people of the Great Migration, their grief and their joyful moments too.

The Urban Bush Women will return to the Dance Center at Columbia College during the 2015-2016 season. Don’t miss this opportunity to discover the under-told stories of the African diaspora told by an outstandingly passionate and generous company. 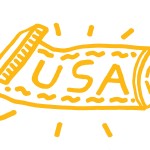