Art Criticism Isn’t Dead (But No One Said It Was)

The fact that people are still asking that question today is proof that criticism is not going away.

Earlier this year a group of art criticism heavy hitters sat down together at the School of the Art Institute of Chicago (SAIC) to discuss the state and future of art criticism globally. Ben Genocchio, Editor-in-Chief at Artnet News, Anthony Downey, Editor-in-Chief at Ibraaz, and James Yood, Chair of the New Arts Journalism Department at SAIC took part in a discussion moderated by Susan Snodgrass, Associate Professor in the New Arts Journalism Department and co-editor of ArtMargins Online.

Gabe Wilson, co-organizer of the panel, and I had hoped the panelists and moderator would provide diverse perspectives on formats of art writing and platforms for dissemination given the vast differences in both the content and presentation these writers and editors promote. Artnet News primarily focuses on art markets and publishes short, newsy articles perfect for sharing on social media. Ibraaz, peer-reviewed and published monthly, combines essays, artwork, and interviews in an online-only publication focused on art from the Middle East and North Africa. Yood is an independent art critic who focuses on Chicago art and artists for local and national publications. Finally, Snodgrass’ ArtMargins is notable for the fact that its web version pre-dates its printed one and that it is one of the few arts publications to focus on Eastern Europe.

One of the most interesting revelations of the discussion revolved around the idea of regionalism. Yood identifies as a proud regionalist and opposes the idea of regionalism as parochialism and instead focuses on how place is an incredibly important factor in determining an artist’s work because it defines the artist’s milieu. His focus on the Chicago art scene comes from a deeply held belief that he can only write well about art for which he has a point of access, and location and cultural context of production are, to him, a key point of entry.

Downey, too, is a regionalist of sorts; Ibraaz and much of Downey’s work outside of it focus on contemporary art of the Middle East and North Africa. His primary concern, rather than simply ensuring that voices from this region are heard and discussed, is that his publications and writings do not “re-regionalize” the artists. This means avoiding overt troupes of identity politics while being mindful of the discussions of post-colonial theory, multiple-modernisms, and belatedness that make up the history of writing about non-Western artists. The danger with regionalism, to Downey, is that it can force artists to be spokespeople of the region. With the Middle East and North Africa, the main concern is that artists will be forced to speak for revolution as a singular political agenda defined by Western secularist politics. The stakes for this regionalism and re-regionalism, then, seem higher than Yood’s, but considering these two critics’ viewpoints on this issue allowed for a deeper reading and reconsideration of both.

The biggest take-away from the discussion, however, came right at the beginning. Snodgrass began the panel by asking the participants to define art criticism. Downey, in his introduction to the topic, noted that 25 years ago he was asked to speak on the death of art criticism, and he believes that the fact that people are still asking that question today is proof that criticism is not going away. Ben, too, confirmed that the arts today are stronger than ever and that there are more opportunities to work in the arts than ever before. The question of whether art criticism was in crisis was refreshingly absent from the rest of the conversation. These four professionals demonstrate the vitality in art criticism as a genre. With such strong and varied voices in this field, I too am not concerned with any crisis in criticism. To enter this field, Ben’s advice rings truest — find something you are interested in understanding better, consider where you want to invest your time, and then follow it.

A recording of this discussion, available to members of the SAIC community, is at the MediaCore database. 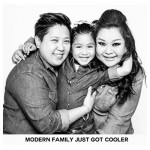 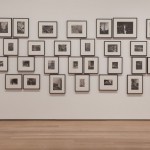