On February 26, the Chicago Humanities Festival partnered with the Music Box Theatre to curate a night of conversation between Sonic Youth frontwoman Kim Gordon and the CHF’s associate artistic director, Alison Cuddy, to discuss her highly anticipated new memoir, Girl in a Band.

The event was sold out. 700 people crammed themselves into the Music Box to catch a glimpse of the feminist icon whom Rolling Stone once referred to as “the Godmother of punk.” And I was one of them.

Up until this night, I had about as much knowledge of actual music journalism as I could garner through repeated viewings of Almost Famous. I was just a staff writer in a plaid shift dress with a bone-deep love of women and punk and a press pass. When I showed my ticket to the usher he glanced around the reserved section looking for my spot, I helped him look while peeking at seats reserved for The Chicago Tribune and Pitchfork.

“I can’t find it now, do you want to just sit here?” He pointed to a seat in the very front row. I nodded mutely, still trying to grapple with the fact that I was sharing space with Kim Gordon and someone who worked for Pitchfork.

He came back a couple minutes later, “I found your seat … but it’s a couple rows back. Do you want to just stay here?” I stifled a “hell yes” because I was The Press, opting instead for a refined, “Yes, please.” He found the orange sign that said “F Newsmagazine” and stuck it on the back of my chair. While I waited for the program to start, I chatted with my fellow accidental front row-mate, Elizabeth, about Judith Butler as we listened to the hired pipe organ play covers of early ‘90s hits. Already, this night seemed like a bizarre dream.

Since the proceeds from the event went towards Girls Rock! Chicago, a non-profit organization that empowers girls through a rock and roll camp program, the opening act was Alex Lund, a former camper. Lund has been working with Girls Rock! Chicago since she was just nine years old, and as a result she already embodied the best parts of punk: complex rhythmic structures and leather pants.

“I can’t believe I’m here tonight,” she gushed. I nodded along in agreement. “You and me both,” I thought.

After a short talk about the work of the Chicago Humanities Festival, Kim Gordon walked onstage and my concept of linear time folded into itself.

There she was, barely ten feet from me. My punk rock muse and number-one art inspo. “Holy shit,” I gasped, and looked over at Elizabeth to make sure I wasn’t hallucinating.

“I bet she still does her own eyeliner,” Elizabeth whispered.

Alison Cuddy adjusted her microphone. “At the start of your book, you ask a question: ‘Did the ‘90s ever really exist?’ Can you explain what you meant by that?”

Gordon went on to say that it was “extreme and in some ways incredibly unexciting.” Sonic Youth was working on recording Goo, and fans and critics alike were accusing them of selling out. It was “a weird journey.”

She touched on moments that have now been firmly ingrained into the rock and roll zeitgeist, referring to Nirvana as “an explosion” that “didn’t want to be exploited.” She referred to Spike Jonze using his first name only and casually referenced working with artists like director Sofia Coppola and Bikini Kill frontwoman Kathleen Hanna. It was then that it hit me: Here was a person who was firmly entrenched in the mythos of riot grrrl.

Throughout the night she was incredibly mellow, almost serene. When a randomly incensed audience member began shouting about “hipster bullshit” and “movements,” she laughed it off without a thought, stating that she didn’t have a movement.

She referred to punk as “a cultural opening,” though she said that her primary practice was still visual art. “My art’s more theoretical, or something,” she clarified. She also talked at length about her first band, Interjection, and how she was drawn to punk due to its “performative spirit.” It became clear throughout the night that Gordon was so much more than just a frontwoman.

“It’s hard to be famous and want to do other things and be taken seriously,” Gordon explained. In a way, it made sense: How do you handle being an integral part of a cultural entity while still managing to cultivate your own art practice? To elaborate, Gordon talked about seeing Keanu Reeves’ band. “It was sad. He didn’t want to face the audience.”

While she was writing her memoir, Gordon also embarked on a new musical endeavour, Body/Head, with guitarist Bill Nace. She described this project as “filmic in nature.”

Eventually, it was time for Alison and Kim to officiate a question and answer session with the audience. I glanced over at Elizabeth: “Should I ask a question?”

“Well, you are a journalist.” She had been calling me “the journalist” all night long. “Besides, no one wants to be the one to ask the first question. Everyone will be so relieved.” Before I could even think, she elbowed my hand into the air.

“Oh, we have our first question!” A girl with a mohawk walked over and handed me a microphone.

I took a deep breath and looked into the eyes of my punk rock north star.

I asked her if she knew anything about the riot grrrl or zine revivals that were happening around the Internet. She didn’t, and asked me to explain. For a moment I felt horrible. My incoherent gender studies 101 ramblings were confusing Kim Gordon.

“I mean, do you think that the current generation of feminism has deviated from third wave or riot grrrl?”

She said that change from generation to generation was inevitable and that she could definitely see that this generation was more aware that gender wasn’t a fixed point. I could have sworn I saw her smile.

I handed the mic back to the girl with the mohawk and allowed my brain to fully dissolve into a state of fangirl mania. My notes for this moment read, “Holy shit she was conscious of my existence for a solid thirty seconds.”

At the end of the night, Elizabeth gave me a ride back to the Loop so she would have “karma for good parking all week.”

“I feel sorta bad for confusing Kim Gordon,” I confessed as I fiddled with the heat in her gloriously warm car.

“Dude, you didn’t confuse her. She asked you a follow up question — she was curious! She didn’t do that with anybody else.” It suddenly dawned on me that if a conversation entails a mutual curiosity between two parties, then I totally had a conversation with Kim Gordon. My little riot grrrl heart grew three sizes.

Once I was back at my dorm, I collapsed happily onto my bed. I was flushed and perspiring, fully aware that this sweat-soaked, dizzying bliss that I was experiencing was the product of rock and roll.

Cat Stevens referred to rock music as a “detached and heavenly fraternity” during his Rock and Roll Hall of Fame induction speech. It is a subset of culture that is both wild and strange, yet I have never been more excited to call myself a part of something.

Most people get inducted to the world of rock and roll on a tour bus or a skeezy mosh pit. I ascended to the profound level of musical wonder at the Music Box Theatre, and it was a wild night, to say the least. I was bursting with energy, a frantic and willing participant in the rock and roll mythos of which I had always dreamed — if only for a night. 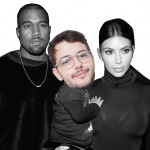 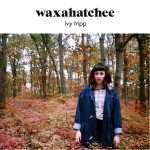