A Review of Alejandro Figueredo Diaz-Perera at Chicago Artists Coalition

Illustration by Anna B. Smylie

For three weeks this February, Alejandro Figueredo Diaz-Perera lived inside a narrow enclosure at the Chicago Artists Coalition (CAC). Makeshift walls that didn’t quite reach the ceiling separated the artist from the visitors, who could not observe the performance. The walls in the room were used to display two other artworks, comprising a compact solo presentation titled In the Absence of a Body, part of the CAC’s year-long Bolt Residency. The description of this setup makes it seem as if there was no way of knowing if Diaz-Perera was actually behind the walls. But, occasional sounds — a cough here, a rustle there — gave his presence away. In the absence of any other evidence of the artist, these signs of life were unexpected interruptions. They weren’t quite ghostly (we were told, of course, that Diaz-Perera was behind the walls), but they were disconcerting, palpable confirmations of his presence.

To understand the 23-year-old artist’s self-imposed vow of silence and disappearance, we must turn to biography. Diaz-Perera is from Cuba. He came to the U.S. less than a year ago to exhibit his work and has decided not to return. These political circumstances turn the performance into a comment on censorship. But this criticism is reserved not only for his country of origin. In his artist’s statement, Diaz-Perera highlights the fears that stem from his current exile in the U.S. “Because of my legal status — my unlawful absence, my unlawful presence — I must remain quiet while living here,” he writes. The performance is thus an enactment of a doubling of the condition of being deprived of agency, and his silence is an exploration of censorship as an enforced state and a method of survival.

For three weeks, Diaz-Perera decided not to talk, read, or write. He didn’t leave his tiny living space, except once a day around midnight to use the bathroom, when no one was usually at the gallery. His only possessions were a mat, a pillow, a blanket, a lamp, a hammer and a rudimentary cellphone for emergencies. Periodically, his collaborator and girlfriend, artist and curator Cara Megan Lewis, passed food and water through the opening of a vent. Apart from this daily ritual, Diaz-Perera had no contact with the outside world. These restrictions, while frighteningly isolating, are hardly among the worst that performance artists have put themselves through. Take Tehching Hsieh as an example — the Taiwanese-born exile in New York spent a year in a cage between 1978 and 1979. In contrast, Diaz-Perera’s goal was not to mark time or test the limits of his endurance. Almost an inversion of Marina Abramovicć’s The Artist is Present (2010), Diaz-Perera’s configuration made the viewer feel his presence through the traces that defy the totality of absence and silence.

On a few occasions, visitors slipped notes through the vents, Diaz-Perera recounted in an interview. Many others knocked or called out. Diaz-Perera refrained from responding. The lack of communication between the artist and the audience echoes the historical absence of dialogue between Cuba and the U.S. as well as the struggle that Cubans face trying to keep in touch with those across the shore. Diaz-Perera has experienced this predicament over and over as a child trying to talk to his father living in the U.S., as a Havana-based Cuban artist attempting to contact his collaborator and girlfriend in Chicago, and as an exile exchanging news with his family in Cuba. Incidentally, communication was also the primary preoccupation of the recently concluded Cuban Virtualities, an exhibition of new media art from Cuba at the Sullivan Galleries at the School of the Art Institute of Chicago.

Diaz-Perera’s concern with encompassing the experience of being on both sides extended to the two-channel audio installation at the CAC entitled Dissonance. One half featured Cuban-born artist Tania Bruguera’s conversation with her sister, after Tania was arrested in Havana this January for trying to stage a participatory performance that details the injustices she was facing. The other half had Assata Shakur, an American member of the Black Liberation Army who sought political asylum in Cuba in 1984, expressing her fear of persecution by the U.S. Both had entirely different convictions and interpretations regarding freedom of expression in the two countries.

Dissonance underscored the power of speech and the necessity and risks of expressing opinions that go against the established order. Even as Bruguera and Shakur’s words looped again and again, an inverted microphone chipped away at the corner of the makeshift walls concealing Diaz-Perera. The sound amplification device was connected to a motor that made it bang against the wall. The noise of this impact was magnified, although its outcome was relatively unnoticeable. This installation, titled The Silence (…) is Overrated, was nowhere close to breaking the barrier between the artist and the audience, owing to the minuscule scale of its effect. It created instead a repeated gesture of resistance, offering the promise that someday somehow the wall would come crashing down.

Arts & Culture The Artist is Not Present
« Previous Story 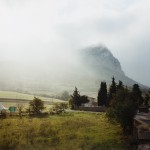 Photos of an Unrealized Apocalypse 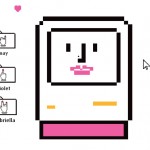 The Singularity is Dear