Words are beautiful, ugly, complex and dull. They are all-encompassing. Sometimes they provide answers, and sometimes their presence only stifles a situation. I have always had a love-hate relationship with words, which is why I study them so intently.

The way that language behaves in space is hardly as static as its presentation on paper. The sound, gestures, and environments that accompany a spoken word play into its meaning, casting it anew each time it is used. In this sense, words are dynamic. I envisioned them as chemical reactions: cascading through space and responding to the atmosphere.

Transelemental is a study of language through chemistry. Here, I used the abbreviations found on the periodic table of elements in order to spell out words. Each word then became a combination of elements that took on different behaviors.

Al2O3Ne was the first word I studied. I was drawn to it because it is so of- ten used as a negative word. Nobody wants to be Al2O3Ne. But, I was curious to see how that word actually behaved in space. Would it be bland or spectacular? Would it smell weird? How would it sound?

To find answers, I went to The University of Chicago and worked with scientists to combine the elements within Al2O3Ne and create a reaction. Through its chemical tendencies, Al2O3Ne revealed some surprising characteristics. Its reaction as paired with its etymology does not make it out to be as tragic a word as most assume.

Al2O3Ne is a word comprised of aluminum, oxygen and neon. When energy is added, the reaction is subtle. Aluminum and oxygen bond to form a compound, which creates a solid layer. Neon disperses because it is forced into an atmosphere that it does not want to be part of.

Neon flees from other elements for a reason: its outer shell has all the electrons it needs. It cannot fit anymore; therefore, it does not have the room to share a bond with anything else.

When neon was forced into the Al2O3Ne atmosphere in the lab, it took up space that would have normally been filled with more oxygen. Although neon does not try to bond with other elements, it still had an effect in the space. The formation of the aluminum oxide layer became more sporadic, generating tiny crystals.

The crystals were quite beautiful. Separated, they each stood out and shone brighter than the unified layer they would form without neon.

Neon is considered chemically stable. Although it only interacts with the environment for a fleeting moment before shooting in the opposite direction, its presence leaves a mark.

As the aluminum oxide crystals continue to be submerged in neon gas, the neon particles that have long since drifted away continue their trajectory, completely uninterested in bonding even with their other neon companions. Each atom floats on, complete on its own, infinitely Al2O3Ne.

Aluminum and oxygen complete one another. The crystallized compound they form is glimmering and structural.

Al2O3Ne comes from the combination of “all” plus “one,” an origin that seems to suggest that something that is Al2O3Ne is stable but comprised of multiple parts.

The reaction of Al2O3Ne leaves us with two scenarios of completeness.

Uncategorized What It Means to Be Al2O3Ne
« Previous Story 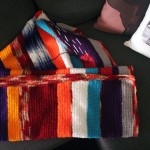 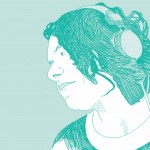