Our resident ailurophile shares her top picks, in honor of Japanese Cat Day.

Today, February 22, marks an annual Japanese holiday that celebrates all things feline: “Neko no Hi,” or “Cat Day.” The reasoning behind this unabashed cat love-in is that, in Japanese, today’s date is pronounced as nigatsu nijyu ni-nichi, shortened to ni-ni-ni, or the onomatopoeia for how cats meow in that language. Apparently, the Japan Pet Food Association designated this day back in 1987, and international cat lovers have been grateful ever since.

In order to celebrate this most magical of days, I wanted to share with our readers my top five picks for Japanese cats to follow on Instagram. Without further ado, I present, in no particular order, the crème de la crème of Japanese cats with their own Instagram accounts: 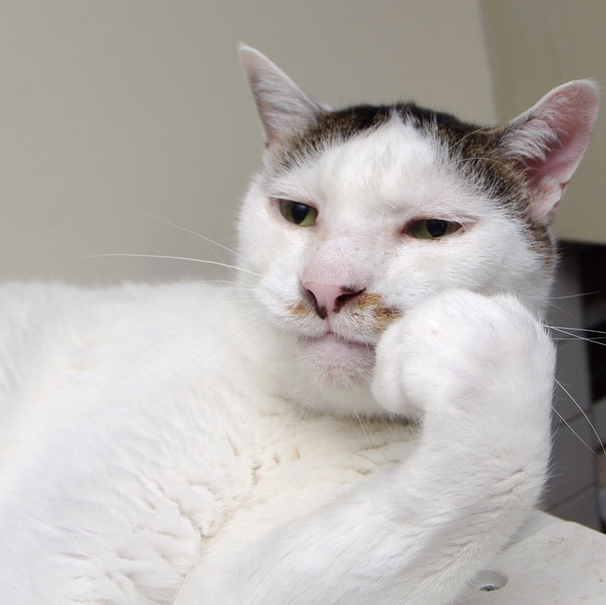 Photographer and cat dad Kachimo Yoshimatsu has SO many cats (my last count was eight, but apparently his daughter’s two cats were also living with him for some time), and the star of the little menagerie is Yohkan-san, a male bicolor who is basically what your creepy uncle would look like in cat form. Yohkan-san gets daily posts with a cheery caption of “Good morning, Yohkan-san!” to start your day off right. 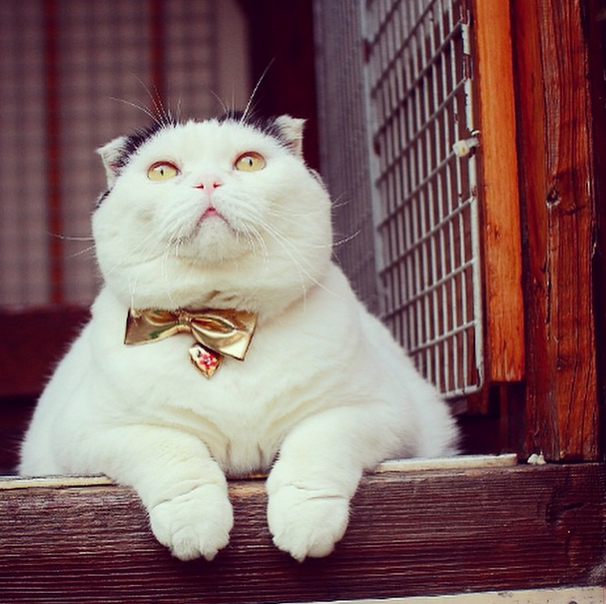 Bucho (pictured here) is an overweight, slow-moving Scottish Fold who apparently does not get along well (but still somehow is on good terms with) his brother, Moja. Their owner posts somewhat infrequently, but when she does, it is usually with photos and videos of the two cats cautiously venturing outside in elaborate, holiday-themed outfits. 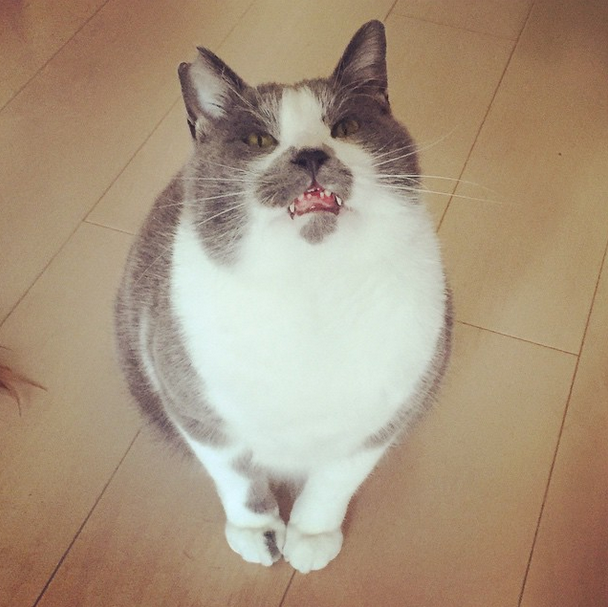 There’s so much to Kumao that he needs two whole Instagram accounts. The pudgy grey-and-white little dude with a clipped ear loves flopping over on his back, sneering, and looking good posing in front of his owners’ nicely-designed Scandinavian modern furnishings. 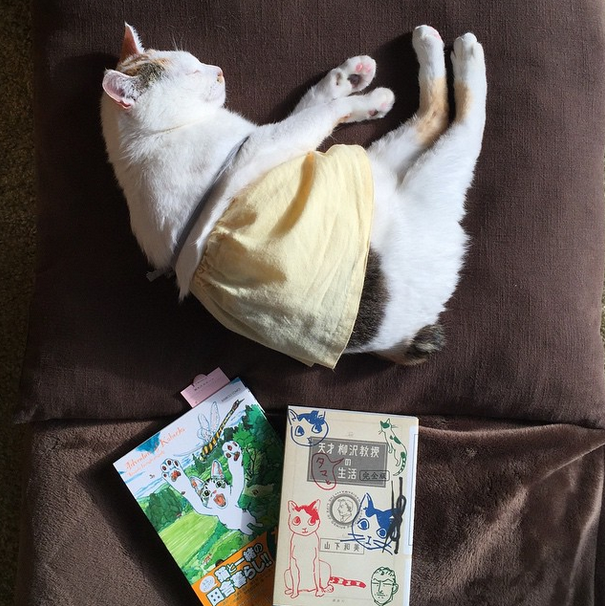 Sweet little Maru is a calico girl who is so chill that she doesn’t bat an eye at being dressed up in frilly, awkward smocks and dresses. She just is usually doing her own thing, nestling in blankets, huddling next to a space heater and chilling out on top of the plastic cover to the Japanese-style bathtub. 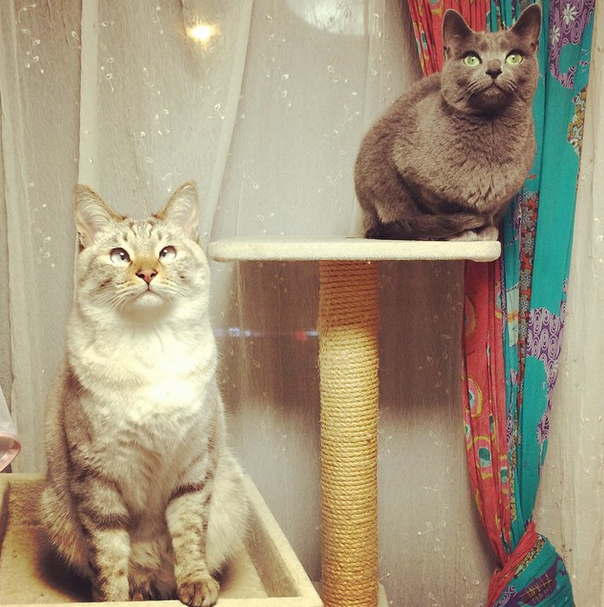 Russian Blue Cocomo and Siamese-Tabby mix Sol are a dynamic duo. While Sol usually is the star of the posts (not surprising, with that hilarious, slightly cross-eyed pair of peepers), Cocomo usually gets some screentime documenting her love of licking yogurt off of spoons. Their owner occasionally also makes a cameo to show off her sick nail art skills. 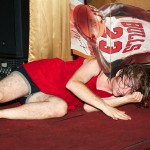 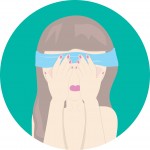