The curator’s little-known archive is at SAIC, and students are getting hands-on access.

A Little-Known Archive at SAIC 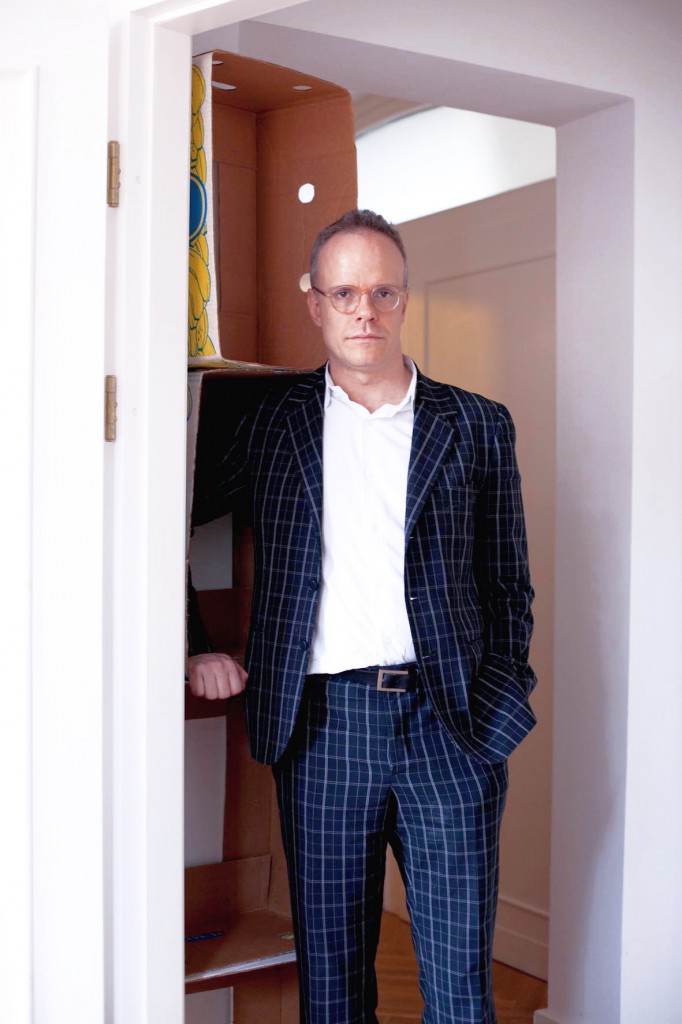 In 1997 internationally renowned curator, critic, and art historian Hans Ulrich Obrist began to mail Joseph Grigely packages containing publications that reflect the former’s art world activity. And he never stopped. Grigely, Chair of the Visual and Critical Studies Department at the School of the Art Institute of Chicago, has made the school the current home for this growing archival collection, which is generally unknown to the SAIC community, or anyone else.

How the archive made it to the Midwest is interesting, especially since most of the curator’s work takes place in Europe and Asia. Throughout the current semester Obrist and Grigely’s relationship has been at the fore of Nodes and Networks: The Publications and Publication Projects of Hans Ulrich Obrist. This project-based class designed by Grigely has had students (full disclosure: the author is currently enrolled in the class) rummaging through boxes, some possessing correspondence between Obrist and Grigely, or discovering a small brightly colored pamphlet that was Grigely’s contribution to the Migrateurs, a series of artist interventions organized by Obrist at the Musée d’Art Moderne de la Ville de Paris.

Obrist and Grigely met in 1994 in New York through a mutual friend. “Right away you could tell Hans Ulrich was different. He had an electric and encyclopedic mind of a sort I never saw before or since,” Grigely says. He subsequently worked with Obrist on numerous projects, both as an artist and a researcher. Obrist’s exploration of the various possibilities for exhibitionism intersects with and complements Grigely’s scholarship on textual criticism and bibliography. This dual interest is evident in projects such as Point d’ironie, in which Obrist presented exhibitions in publication format, something he has since become known for. “Hans Ulrich was producing publications that defied the conventions of traditional bibliographic practice. There was no simple way to categorize this work — so I asked him if we could start an archive of his publications. I was already into archiving as a practice, as I was archiving the conversations I had with people on a daily basis.”

Beginning his curatorial career in 1991 in his native Switzerland, Obrist’s early ventures established him as a practitioner utilizing unconventional methods, executing exhibitions in both domestic and “unspectacular spaces.” His first foray was with World Soup (The Kitchen Show),presented within the confines of his kitchen in St. Gallen, Switzerland. The show included Fischli and Weiss and Christian Boltanski. He tossed another wrench in the gears of curation after meeting Alighiero Boetti and teaming up with Austrian Airlines to exhibit the artist’s work in an in-flight magazine and in the form of jigsaw puzzles distributed to customers on every flight for one year. These objects are still circulating today, changing hands and continuing a dialogue all over the world, attesting to the effectiveness of Obrist’s method of infiltrating everyday spaces with art.

do it, probably Obrist’s most well-known brainchild, was Obrist’s 1993 conceptual project in which artists submitted DIY instructions for the execution of works by others. This democratic format muddled traditional definitions of authorship, embracing a Duchampian approach propelled further by John Cage and others (many his students), who later presented event scores, essentially parameters to be implemented by anyone on any skill level. The original iteration of do it traveled worldwide and has since been reinterpreted and realized numerous times.

Obrist’s inexhaustible energy is fueled by a sincere curiosity and steadfast desire for unending dialogue. He has been called the master of the interview, having conducted thousands of conversations (sometimes during 24-hour “marathons”) with visual artists but also with engineers, architects, composers, philosophers, poets, and scientists. Now Co-Director of Exhibitions and Programmes and Director of International Projects at London’s Serpentine Galleries, Obrist has transformed the interview process into an art form, what Karen Marta has called a poetic artifact.

The class defined three primary goals: generate a descriptive master bibliography, design a catalogue of selected documents, and organize a traveling exhibition of portions of the archive. Grigely designed Nodes and Networks, comprised of a dozen students in visual and critical studies, art history, arts administration, art education, and design. “Working in HUO’s archive is an invitation, albeit in a somewhat more intimate way, to play a welcomed though individually anonymous part in his practice. That level of trust and confidence, to open your work up to a vast world of unknown collaborators, is what attracted me to HUO’s practice,” says Arts Administration student Olivia Junell. The students bring unique perspectives and skill sets to the development of a discursive historical record of Obrist’s career.

Housed in what Grigely has dubbed “The Magic Room,” the archive is comprised of publications chronicling Obrist’s work, including interviews, articles, reviews, exhibition catalogues, ephemera, and printed materials from 1991 to the present and growing by the month. Nodes and Networks’ recently launched blog includes personal accounts of members’ progress and experience at HUObrist.org. Mini-exhibitions are installed every two weeks in room 705 in MacLean and at the Joan Flasch Artist Book Collection cases on the fifth floor of the Sharp building at 37 South Wabash Avenue. Other interventions are organized in hallways, or subtly situated within the print edition of F Newsmagazine (keep your eyes peeled!), in keeping with Obrist’s penchant for unexceptional and underutilized spaces for art.

It will take years to complete the work outlined for Nodes and Networks, and the permanent home for the archive is currently unknown. For now, the archive serves as an extraordinary tool for the close study of projects, people, and relationships that are part of the broad network defined by Hans Ulrich Obrist. Making these connections allows for the perpetual dialogue Obrist urgently seeks, one that ultimately extends far beyond him or any of us into the future of contemporary art. 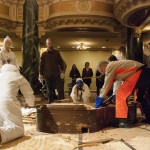 Institutionally-Sanctioned Catharsis for the Masses 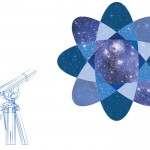