The new SAIC Photography department faculty discusses her work that documents steelworkers, family, and the relationship with the body in an exclusive F Newsmagazine interview.

New SAIC Faculty’s Work Documents Steelworkers, Family, and the Relationship With The Body 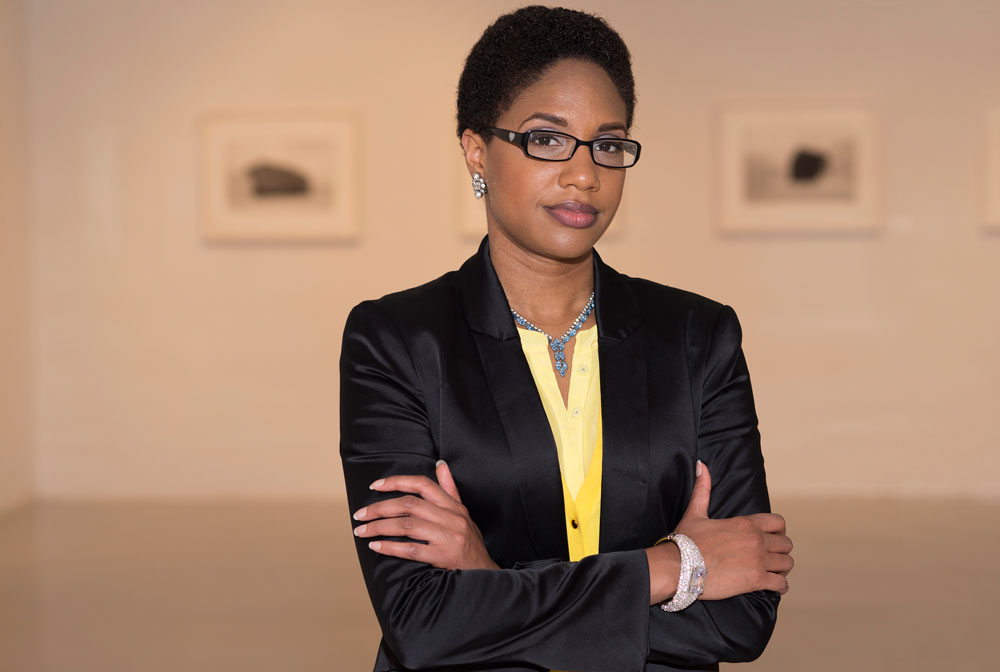 Photographer LaToya Ruby Frazier recently joined the faculty at the School of the Art Institute of Chicago. She is known for her work centering around her hometown of Braddock, Pennsylvania and the toxic effects of its de-industrialization on herself, her family and her community. She earned a BFA in applied media arts at the Edinboro University of Pennsylvania in 2004 and an MFA from Syracuse University in 2007. This year she was a recipient of the John Simon Guggenheim Memorial Foundation Fellowship and recently published her first monograph, The Notion of Family, with the Aperture Foundation.

Frances Dorenbaum: Your work seems to be centered around the landscape you are in. Is there something you are excited to work on in the Chicago environment?

LaToya Ruby Frazier: Well, I just got here, and the way that I work as an artist is that I don’t just pop up in a place and decide to make a project, but I’m very aware of the history of the South Side. Bronzeville piques my curiosity — the history of Bronzeville and the way that it’s being redeveloped or not. All these different pockets and histories and people migrating and shifting through are universal themes, and there are mini Braddocks all over the globe, so in a sense I see Braddock in certain parts of the city here. I’ll settle in and see what speaks to me.

FD: You have grown up in a town filled with many obstacles for its citizens due to its process of industrialization and deindustrialization. What drew you to art, and how did it become the tool that would accompany you through these challenges?

LRF: When you’re a child, intuitively you have feelings about things, but you don’t have the language or you are not able to articulate what you see. The natural instinctive thing to do is to make a drawing or a painting, or to photograph it. And since I wasn’t fully aware of the social and economic factors that were preventing my family from moving forward, I just started making work about it.

FD: I read that you seriously began pursuing photography around age 16. You must have been a precocious teenager to express yourself that way. Why not work through the challenges of living in Braddock as a politician or health care worker?

LRF: This is about trying to survive and the struggle to survive. How do you confront poverty? How do you confront racism? The best example I learned at that age was Gordon Parks’ work, and I saw the quote from him about how he used his camera as a weapon to combat poverty and the things that he didn’t like about America. A light bulb goes off when you see that. It’s like, “Wow, this apparatus has the power to fight for my freedom and possibly help change the social landscape of what my family was facing.” That possibility fascinated me and gave me the drive to want to use the camera. 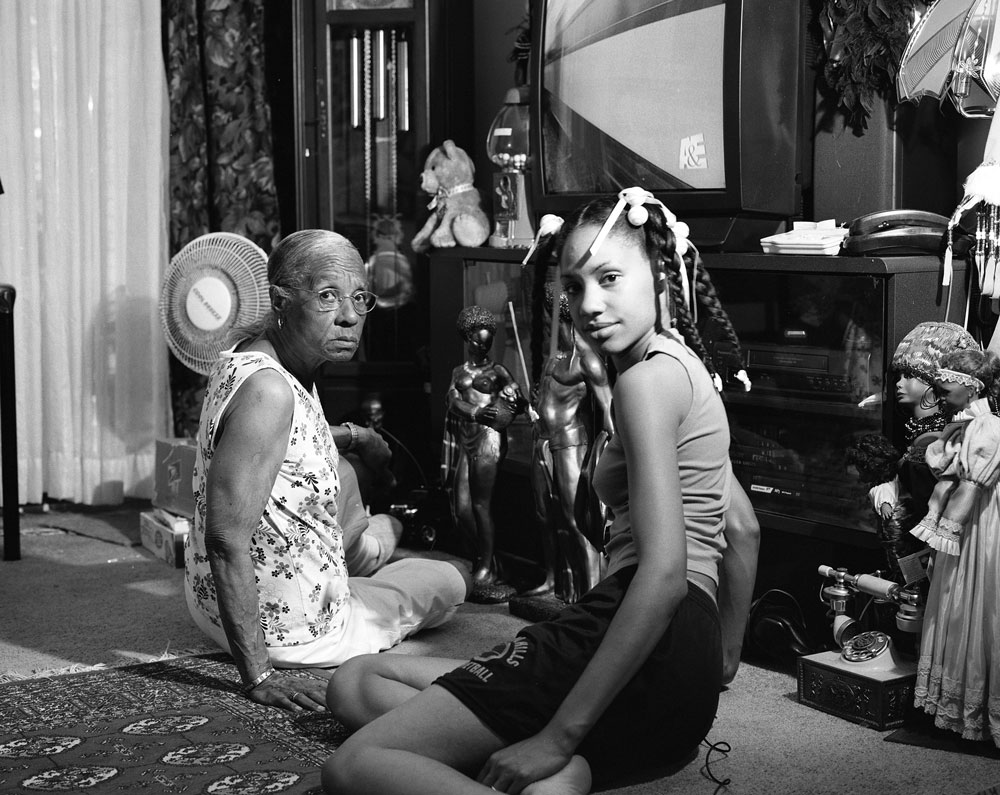 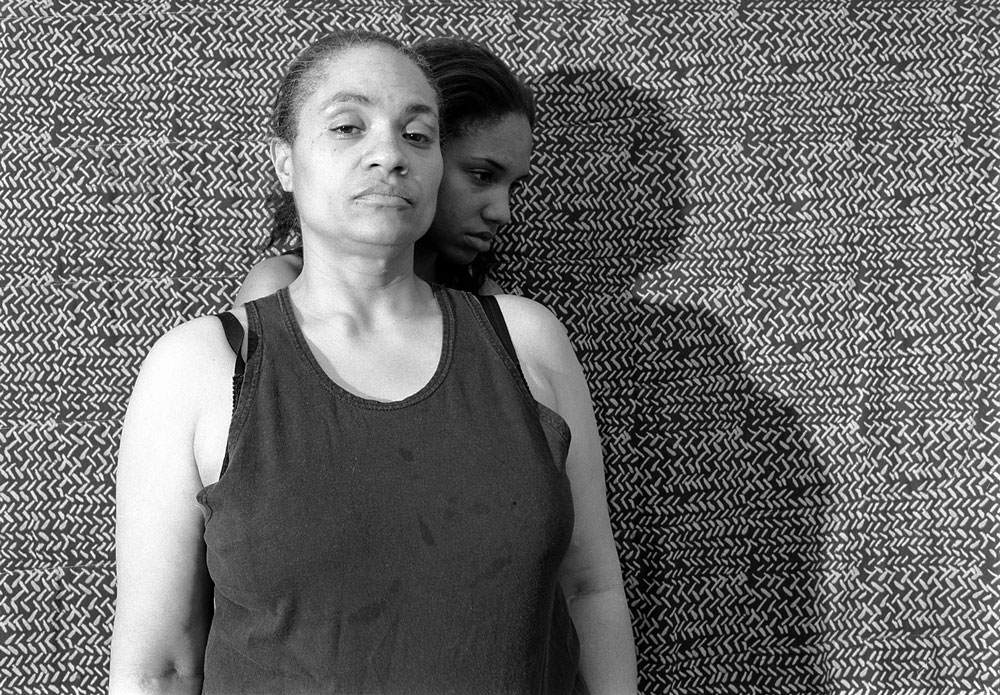 FD: How did you encounter Gordon Parks’ work?

LRF: Interestingly enough, I started out photographing children that were living in poverty in Erie, Pennsylvania. The year that I went into undergrad, it was the highest percentage of homeless children in the region and I was shocked. So I went to these homeless shelters and started making photographs of these families and these children, trying to understand what documentary photography was all about. How does it work? So I’m doing that and kept returning. It took many months being there without the camera, spending time. I mean the people actually thought I was homeless and a part of the shelter.

This is all happening under Kathe Kowalski’s guidance and mentorship. I would make prints and bring them back to my subjects. There was a woman there looking at her portrait and she said, “You know, your work reminds me of a man that I’ve seen. I’ve seen this program on PBS. Do you know Gordon Parks? Your work reminds me of his.” So it was a homeless woman that I met that put me on to Gordon Parks’ work. It wasn’t at an institution. This was important for me to understand because most people assume that you can only be educated through these elite institutions, but in reality, it is people on the ground out there in the world struggling that have some of the most amazing insight and understanding about the society that we are in.

FD: Your work is very powerful and at times quite haunting. I think the reason I find The Notion of Family so intense is because there is a face and family attached to the issues at hand. Looking at some of your photographs I felt this intimacy of seeing you bare-chested at a vulnerable moment in your own home and was greatly affected. Your focus on the body prompted me to almost have a visceral reaction as I considered my own body in comparison.

LRF: I definitely want to affect people emotionally and psychologically. What better way to do it than through action and through the body? It is an immediate lash. It is the reality, because your environment is what your body is composed of, and it can make or break you. I really want people to understand the true impact of Braddock’s history and its erosion from the steel mills. I think about all those workers in the factories working in harsh conditions, cleaning up the metal in heat. A lot of people lost their limbs and people died in there. If you are thinking about that history and those people and how they give their body to these corporations and then they just discard them. It’s important for me to really make it clear and direct and confrontational about the body clashing with the landscape. 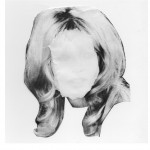 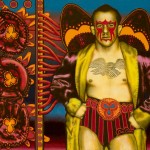