F News Sex Columnist Fanny Newsome makes the relationship mistakes so you don’t have to. This month’s advice is all about what constitutes “good ‘ol fashioned sex.”

A couple of months ago, I started dating a guy in one of my classes who I had liked for a long time. We had a blast everywhere outside of the bedroom. No matter how much he said that he wanted to “good ’ol fashioned fuck,” he could never get it up when the time came to actually do it. After a few weeks, he made up some excuse about how I was “too good of a girl for him” and then he stopped talking to me. What the hell happened? I don’t think it was a physical problem of getting aroused because he alway managed to get an erection during the “good ’ol fashioned” blowjobs I regularly gave him.

What constitutes a “good ‘ol fashioned fuck?” Would that be standard missionary (bo-ring!) or does he want to have sex with you while he wears argyle socks and then you both sleep in separate beds? Does he want you to grow out your bush and fuck you in a field of dandelions before driving off in his VW bus? How far back is “’ol fashioned”? If this dude is going to have a sexual catchphrase, he needs to specify a decade.

Hooking up and dating when you’re young is confusing. As you’re making a connection, there are so many social and hormonal factors shifting simultaneously. It’s like emotional plate tectonics: where will these these two continents end up in the vast ocean of humanity? This will often fuel an inner monologue that makes even the most confident person question everything: “Does she like me? She just made me laugh! She hates me. I hate her. No, she’s the one. Should I text her this joke? Should I kill myself?”

I cannot imagine how self-conscious your date must feel since he’s having trouble performing during intercourse, but that’s not your problem. A blowjob is a specific type of sexual act and heterosexual intercourse is another form of intimacy that, for many people, involves a specific kind of vulnerability and, often, anxiety. The male penis is a lot like Ben Affleck: you think he’s simple and kind of a one-note, but then it turns out that he’s damn complicated. Maybe your class buddy has a fear of getting women pregnant, or maybe he was too embarrassed to tell you what kind of intercourse he enjoys. It’s pointless to try to figure it out now. Your time is too precious.

Once I dated a guy who always ended up fucking me doggy style while we were watching The Daily Show, and I started to worry he was actually attracted to Jon Stewart and not me. Turns out he’s just really turned on by left-wing political satire. Maybe all of these crazy penises will write a memoir some day, but until then, we must save our mental space and move forward.

You seem like a self-aware, smart woman, so it’s clear that you did not fabricate the connection with your classmate in your mind. I can tell you right now that very few men would utter the words “you’re too good for me” if it did not express some truth. More bluntly, it usually means that although nothing is wrong, it still ain’t right.

Stumped by sex? Frustrated by fucking? Reeling from a relationship? Fanny wants to hear all about it! Write to dearfanny@fnewsmagazine.com with your questions. 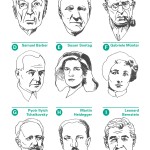 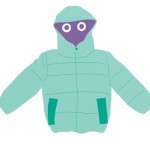