And She’ll Do What She Wants To 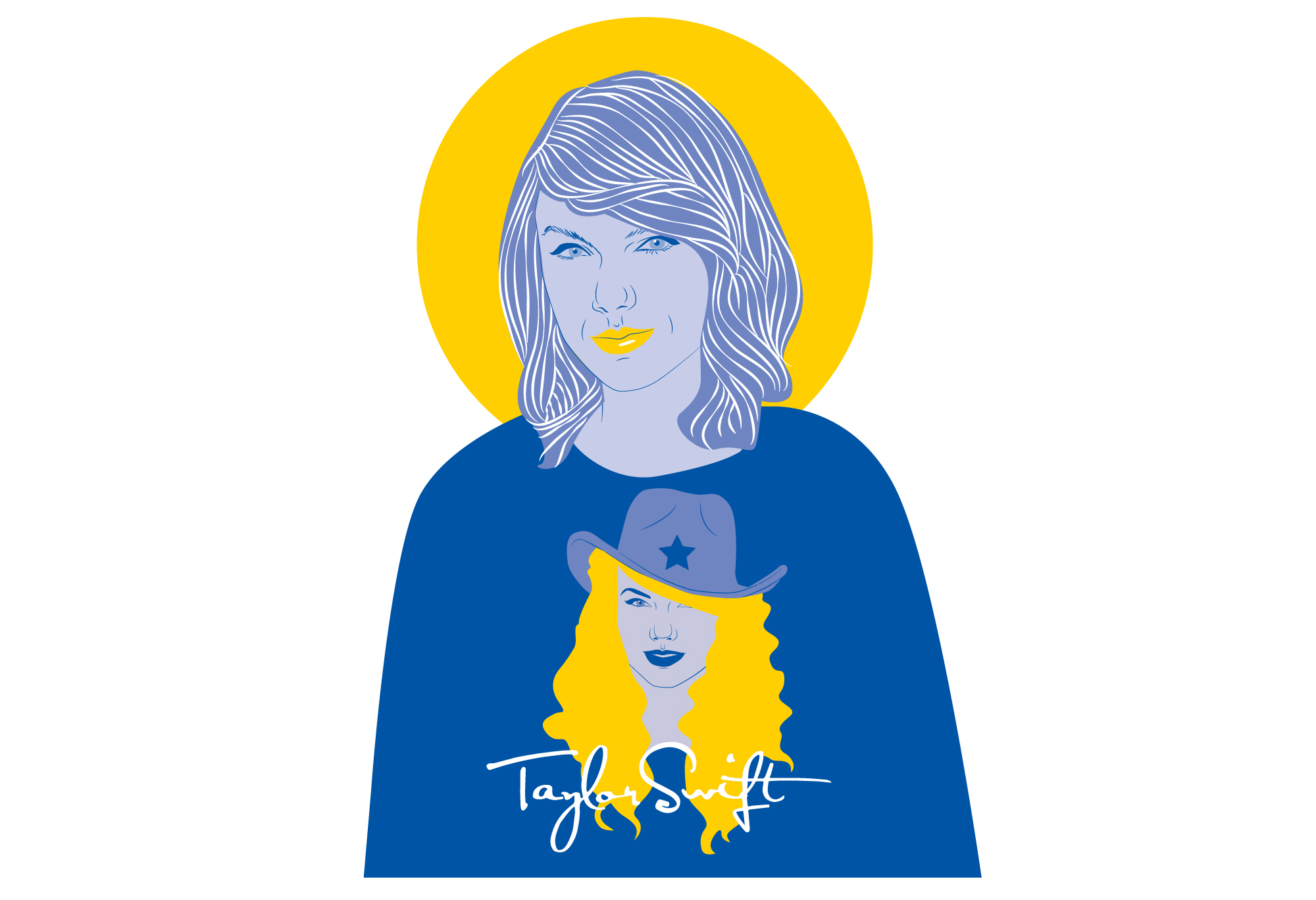 A common misconception about pop music is that it requires less effort, being vapid and shallow, to produce than other music. After all, most pop songs are mostly chorus; how hard can it be to make? Paul Morley of The Guardian referred to pop stars as “travelling sales workers whose ultimate job is to market phones, tablets, consoles, films, brands,” insinuating that pop music exists purely for commercial gain rather than stemming from a deeper desire to create art. In a way, this is similar to the assumption that attending an art school is easier than attending a state university, but producing a song of any kind requires countless hours of effort (and probably scribbling, crying and binge eating). When an artist veers toward a more “pop” sound, they have not necessarily given up the badge of artistic integrity for quick choruses and easy money.

The latest artist to be subjected to sell-out scrutiny is Taylor Swift. Her single “Shake it Off” resulted in complaints from around the Internet that she had betrayed her twangy country roots for the manufactured veneer of pop music. One YouTube user lamented, “Man Taylor you are seriously THE biggest poser I’ve ever seen.” Suddenly the effortless wit of the song itself cheekily proclaiming “I stay out too late/ got nothing in my brain/ but I can’t make them stay/ yeah that’s what people say” was a confession of her own artistic ignorance rather than a wry proclamation that she doesn’t care what people say, because she’s Taylor Swift. She’s got a cat named after Meredith on Grey’s Anatomy and a night out with Karlie Kloss to plan, she doesn’t have time for your useless cynicism.

Swift has been penning her own hits since the age of 16, and as with any artist it’s natural that her work would evolve as she ages. Not to mention that experimenting with different forms in your chosen medium is perfectly common for artists, especially when they are young. Before he was Ziggy Stardust, David Bowie was just Davy Jones, the front man for The Delta Lemons. When someone grows up in the public eye the expectation for their behavior is usually set at a very young age, and to see Swift deviate from the music she wrote when she was 16 may be unnerving to fans, despite the fact that she has been inching towards the realm of pop music for several years.

Blind hatred of popular music is founded on the idea that anything popular is inherently shallow and requires little thought to produce, as if it were an assembly line on which an army of PR representatives and producers work tirelessly, while the artist sings a few bars and retires to their mega mansion.

One of the difficulties of art is that the public eye makes little effort to separate artists from the brands they cultivate. Band members have a concrete group of people to credit as collaborators, but solo artists are enmeshed with their brand making it nearly impossible to present pop music as a collaborative effort rather than only a corporate one. Musicians, especially in pop music, are expected to promote an album in order for it to sell. Take for example, Ariana Grande’s relentless PR crusade to prove that she is more than just an ex-children’s TV star. In order to promote her new album Break Free, the pint-sized pop star and her ponytail have been making appearances everywhere from Good Morning America to Marie Claire. Thus perpetuating the idea that pop music and corporations are synonymous.

In December of 2013, Beyoncé single-handedly dismantled the idea that success requires publicity by releasing a 17-track visual album with no warning that she had been working on anything. She had assembled a covert force of artists like Sia and Terry Richardson to create stunning visuals to juxtapose with the hits she had penned.

Beyoncé drew inspiration from all over the place, using her childhood roller-rink as the backdrop to the sex-positive “Blow” and carnival goers at Coney Island as impromptu back-up dancers in “XO.” According to her YouTube docu-series which she released alongside the album, she had found a TED talk by Nigerian author Chimamanda Ngozi Adichie while she was scrolling through YouTube watching videos about feminism. This TED talk was later sampled in “Flawless.” Throughout the album Beyoncé shows us that even pop music is a group effort and that it can subsist in its own right without the aid of endless advertisements or hashtags.

How artists choose to use or interact with the media is their choice. Some artists want their art life and their private life to become one. Before Lady Gaga was traipsing around the globe and snagging Grammys, she was Stefani Germanotta, an Italian New Yorker who spent her nights performing original songs at local bars in the Lower East Side. It was only when she decided to give herself an avant-garde makeover and trade her bluesy guitar riffs for pop hooks that she hit it big. A transition to pop music isn’t a death sentence for an artist’s integrity. Some artists produce music for the masses without morphing into corporate playthings. Before condemning the likes of Taylor Swift, critics ought to ask themselves, “What would Beyoncé do?”