Above Snakes and Angel Lust

Performance artist Jaime McMurry’s work aims to raise questions about materiality, and when successful, it offers a response to the demands of daily life. Angel Lust, a recent performance at Chicago’s Defibrillator Gallery, was not one such instance.

Performance artist and recent School of the Art Institute of Chicago Visiting Artist Jamie McMurry has amassed a body of work that openly declares itself in contradiction to the complacent and programmatic demands of the everyday. Characteristic of McMurry’s work is an ability to mobilize and reorganize a limited number of legible objects and images in a way that extends beyond the limits of their pedestrian usage. A common household refrigerator, for instance (deployed by McMurry in multiple performances), can be abstracted beyond even its symbolic power as a domestic icon of economic and cultural efficiency while still engaging those aspects discursively to include and examine its material properties: three hundred pounds of scrap metal that an individual may find herself in a primal struggle with. McMurry’s work re-positions such modalities of the familiar, by and through a variety of performative actions that include active and direct engagement with the social and physical aspects of familiar elements, to a point where their relatively static symbolism is re-dramatized and made active. 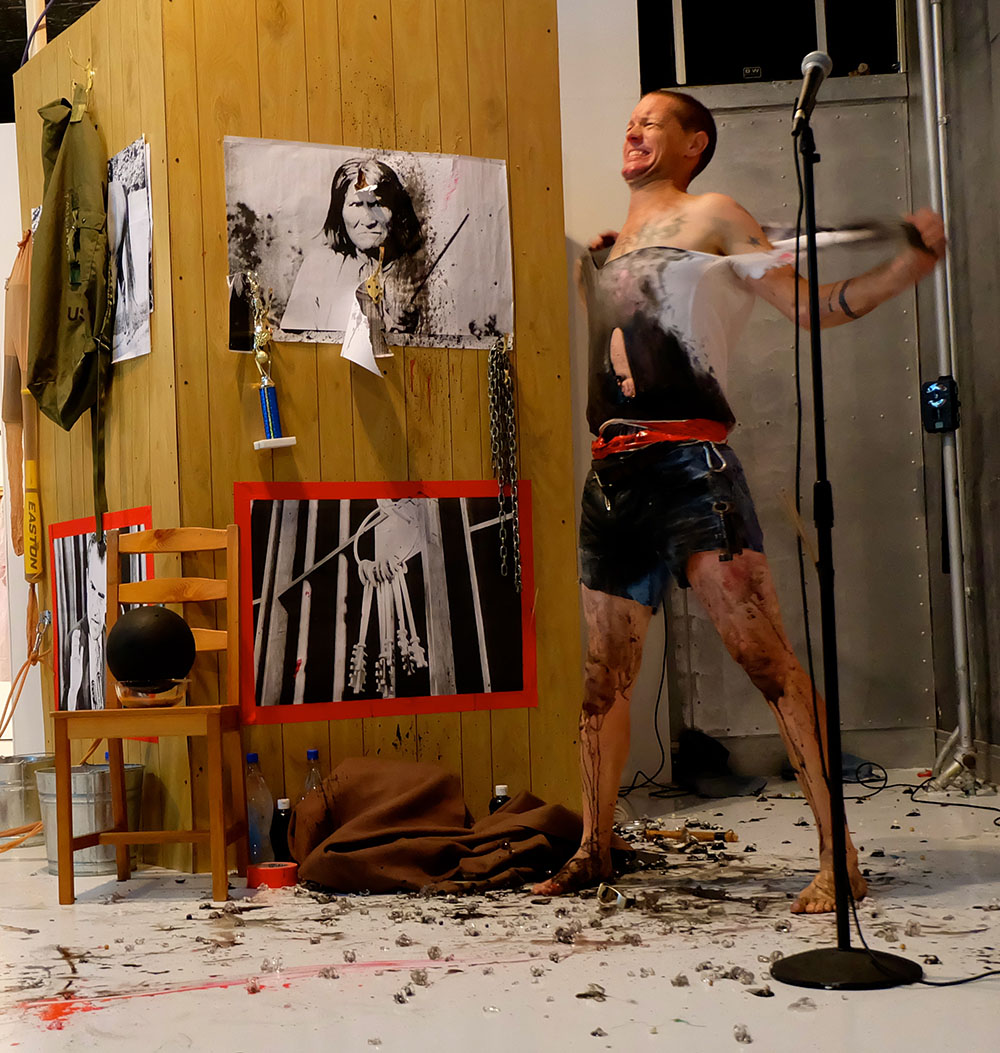 Attention to site-specificity and the ability to reorganize the social norms of an architectural space contributed to the success of McMurry’s previous work, which put actual demands back on the walls and floors and included new expectations for the spaces art inhabits. There is an unconscious indifference to the potentially transgressive, and physically dangerous, interaction between objects, images, and other elements mobilized in a McMurry performance. Both risk and chance are operative in his performance art and its extended temporal field. And yet critical challenges within the field of performance persist.

The current McMurry show, Above Snakes, and its opening performance, Angel Lust, at Defibrillator Gallery, however, does not grapple well with the formidable challenges of presentation that performance art expects of a gallery. The large number of objects, images and various forms of inter-media documentation of McMurry’s performed works pull much of the gravity from the room. The amount of material and its vibrant expressions, however, lends a degree of mystery to the implied activity that occurs between and across material during performance work, yet that is hardly sufficient justification.

While the selections are presented as documentation, they create less actual dialogic dynamism and add a heaviness that bears down as an overall inertness. The curatorial expression lends itself more toward a celebration of the artist, and presents facts from McMurry’s past artworks as if they were trophies of his artistic merit. While such ostentation might inspire awe in some, it will not do for all. A gallery show, of performance art or otherwise, is not tantamount to a three-dimensional CV. If it articulates as such it does little service to an audience looking for art rather than information about an individual oeuvre. 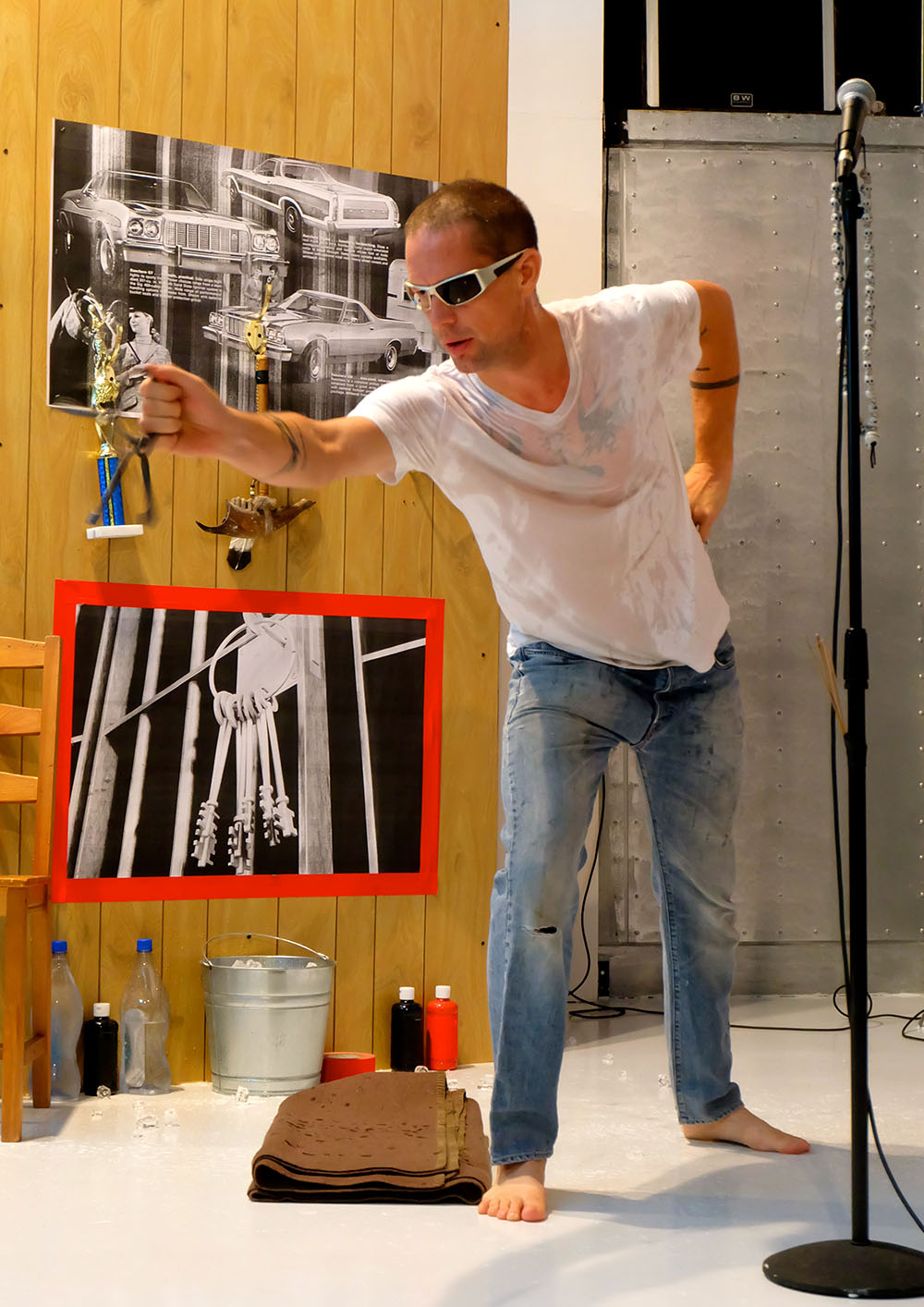 Similarly, problems plague McMurry’s accompanying performance, Angel Lust. Like so much of McMurry’s work, it is grounded in its own physicality; it is aggressive and confrontational out of a sense of self-preservation and will. McMurry smashes purchasable goods and commodities with an actual hammer, repeatedly spits on and tears through a number of images of identifiable cultural figures, and makes a general mess of things while offering his relational position to this semiotic constellation of contemporary life. Angel Lust is, of course, more than the sum of its parts.

That being said, an underdeveloped attention to site-specificity hampered the work from its onset. The close and over-stuffed confines of the gallery were not engaged, and the arc and composition of the performance was unproductively cramped, appearing to be scaled-back to fit inside the space. McMurry re-inscribed the protocol of authority, standing and performing within an improvised stage circumference (and behind a microphone, seemingly unconscious to its overt symbolism as yet another modality of authorial voice), while the audience sat at his feet.

The linearity of the work’s relationship to its audience was explicit and was left unexplored, marooning the audience in a position of agentless reception and passive availability to the work, an untenable position for a viewer of art. The viewer’s position demands a more dynamic interaction with a given work, engaging with the art/artist on meaning(s) and the broader teleological orientation of an artwork.

As an intersection of culturally legible problematics and familiar responses, Angel Lust engages a number of relevant questions, yet it never extends beyond those intersections to include fresh aesthetic parameters. Familiar gestures of outrage in response to power modalities offer little to address the operative problematics that concern the work. The few moments of repose and near-reflection in the work allowed for a more consequential interaction, but even that made explicit demands on a viewer’s attention given the gratuitous nature of the work. 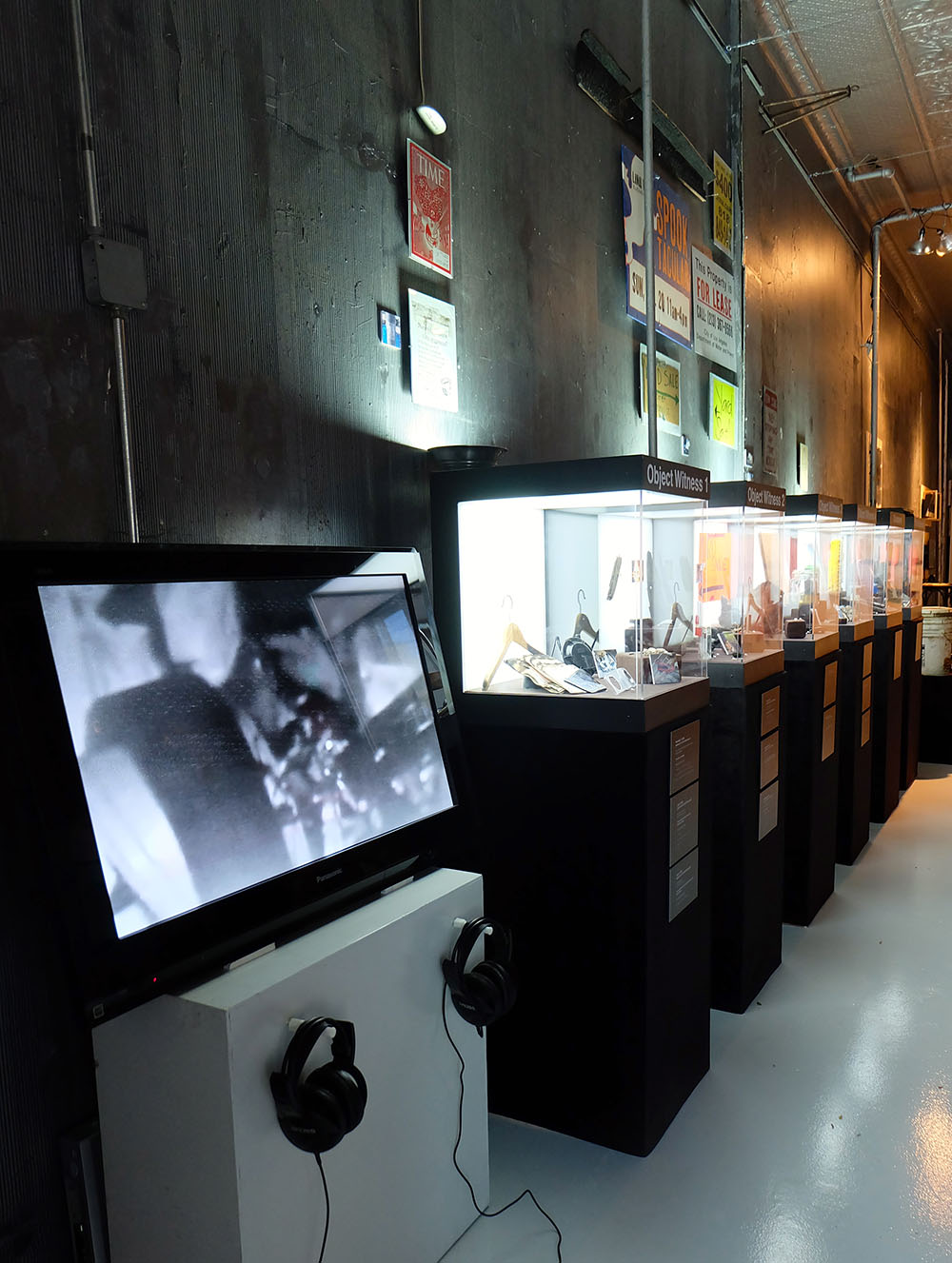 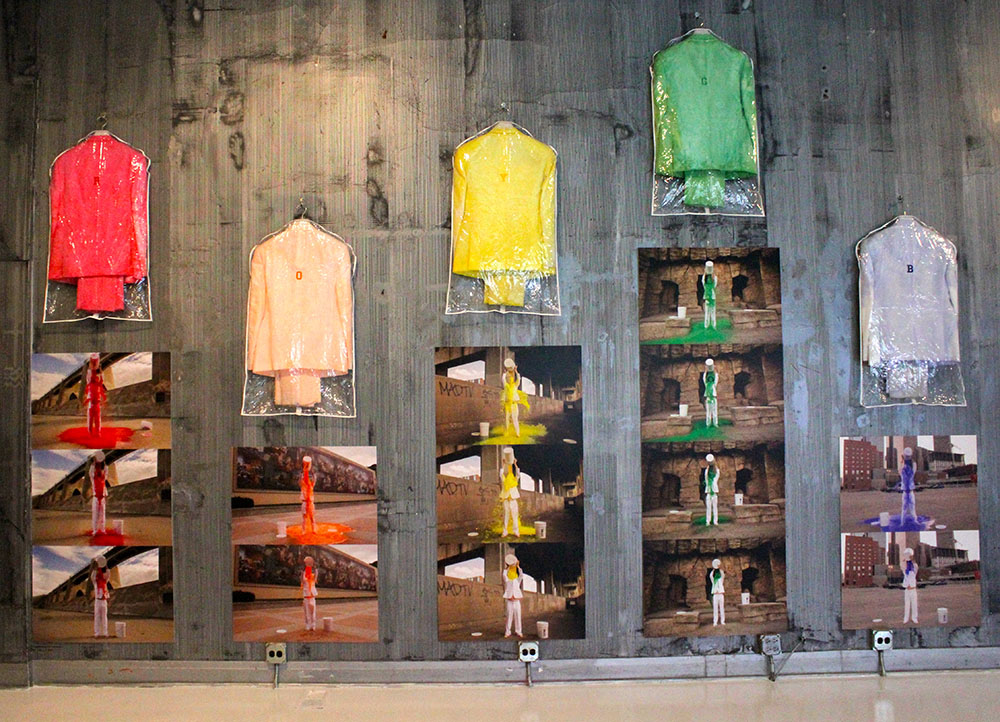 The particularly crucial challenge to negotiate a performance’s own theatricality, narcissism and abstract representation is vital to the general success of a performance, and to the productive reorganization of power dynamics operative between all elements mobilized and individuals involved in a given performance. Such a negotiation did not transpire in Angel Lust. McMurry’s work aims to raise important questions regarding temporal experience in relation to hard and fast materiality, and when successful, it offers a percipient set of responses to the multi-layered demands that one negotiates and contends with on a daily basis. Unfortunately, Angel Lust was not one such instance. 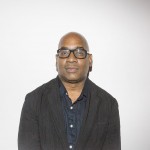 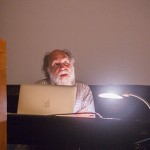