The Rider-Waite-Smith, one of the most commonly known tarot decks in the western world, is notable for both its deep connection to the historical symbols of tarot and a colorful history of its own. Commonly referred to as simply the Rider-Waite deck, historians and card enthusiasts have only recently attempted to introduce the recognition of illustrator Pamela Coleman Smith to the deck’s name in an attempt to raise awareness of her significant contributions to the cards – specifically, that she was the one responsible for all of their artwork.

The deck was originally published in 1910 by William Rider & Son of London. A.E. Waite, a spiritual mystic and member of the Order of the Golden Dawn, commissioned Smith (a fellow Golden Dawn member) to illustrate his deck, which he released alongside a book entitled The Pictorial Key to Tarot. The deck has achieved iconic status due in large part to Smith’s illustrations, which drew influence from historical tarot decks (including cards archived in the British Museum).

While the Rider-Waite-Smith is readily available through U.S. Game Systems, Inc., that company’s copyright on the deck only extends to the box design and the physical cards themselves; the images contained within the deck have been in the public domain since 2012. 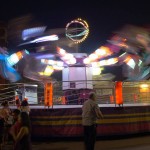 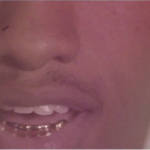