On August 26th, west coast garage-rock poster child Ty Segall released his seventh studio LP, Manipulator. Known for his prolificacy, the California native has been spearheading a west-coast garage rock revival since 2008, incorporating elements of psychedelia and surf into a low-fi, fuzz-filled package.

A review of the latest album from the west coast garage-rock poster child. 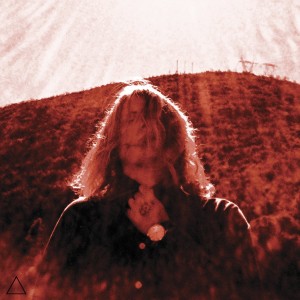 On August 26th, west coast garage-rock poster child Ty Segall released his seventh studio LP,  Manipulator. Known for his prolificacy, the California native has been spearheading a west-coast garage rock revival since 2008, incorporating elements of psychedelia and surf into a low-fi, fuzz-filled package.

Segall, who usually leads his songs with reverb-sodden guitar, begins the title track with an unexpected synth line. True to Segall’s garage-rock roots and nostalgic tendencies, “Manipulator” recalls the Kingsmen’s 1963 low-fi version of Richard Berry’s “Louie Louie,” but despite the clear homage, the song is updated quickly to a more glam-rock wavelength. Perhaps the biggest departure from Segall’s usual sound is the absence of the surf-rock guitar that anchors most of his songs in what can perhaps be described as poppy predictability. Segall’s guitar is in fact absent until its sudden appearance forty seconds into the song, when it kicks in with Ziggy Stardust-like sporadicity amidst Marc Bolan-esque vocal harmonies. Die-hards might breathe a sigh of relief at the return of the fuzz on the next song, “Tall Man Skinny Lady,” perhaps the most exciting and infectious track on the album, with Segall’s signature low-fi fun sound and a truly commendable bass line. Side two opens strong with “Feel,” a Zeppelin-style thrasher.

Segall’s ultimate nostalgia may perhaps lie in his thoughtful track order, something that seems to have lost its importance in the age of iTunes. His albums beg to be played all the way through, and they tend to be structured with vinyl flipping in mind. Manipulator is no different, as Segall sounds like he is trying on different genre hats with each song. However, by some sleight of hand the album escapes mere mimicry through its constant frenetic energy. Segall leaps gracefully over the pitfalls of most double albums, and side three introduces a modern style change that deviates from the heavily painted nostalgia of sides one and two. “The Connection Man” is a foray into more experimental noise-rock, seemingly taking cues from electronic cross-over bands such as the Brooklyn-based band Liars, but with a grounding in psychedelic guitar that maintains cohesion with the rest of the album.

Manipulator is an album that begs the label of “important,” at least in the realm of indie music. We can hear Segall beginning to break out of the mold of the self-proclaimed “west-coast sound” and moving beyond the shallowness of surf pop as represented by bands like Best Coast and Wavves. Manipulator moves as well past the limits of low-fi garage rock, exploring challenging depths of more complex instrumentation. Indie music may be wary of the notion of “selling out,” but Manipulator’s distancing from the garage scene is a freeing act, only proving Segall’s range and increasing maturity as an artist, and certainly boding excellent rock ‘n’ roll to come. 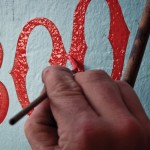 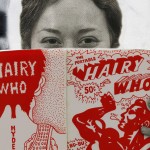