Alvin Lucier (b 1931) composes within the subtle spaces of sound. Many of his pioneering works are simple, yet striking explorations of acoustical phenomena: the beating of interfering frequencies, the natural resonance of rooms, and the possibilities in the movement of speaker cones.

A Conversation with Composer Alvin Lucier

Alvin Lucier (b 1931) composes within the subtle spaces of sound. Many of his pioneering works are simple, yet striking explorations of acoustical phenomena: the beating of interfering frequencies, the natural resonance of rooms, and the possibilities in the movement of speaker cones. In late March the MCA hosted a career retrospective of his works with performances by the International Contemporary Ensemble. F Newsmagazine met with the composer to talk about his way of working and teaching. 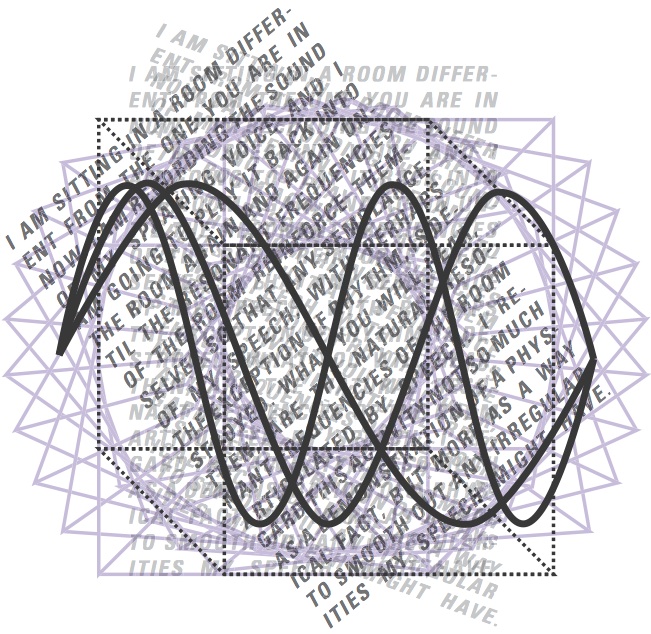 AM:  A lot of your work deals with the space of performance. Do you feel that some of your works can be represented in recordings and others can’t?

AL:   It’s one of those things that you think about, but you never come to a conclusion. I love to make recordings. I had this sanctimonious idea that recording is not performance and blah blah blah, but people listen to recordings. Stravinsky timed the sections of his ballet Orpheus so that they could go on two sides of an old 78 disc recording. It’s part of our culture. Recordings are not performances; they’re something else. John Cage never liked recordings. He said they were like postcards. But then towards the end of his life, he loved making recordings. It’s a question of getting your work out.

Vespers, which has to do with the echo reverberation of a space, works pretty well in a recording. I borrowed a special microphone setup for that called Environ-Ears. It was two little miniature ears on a tube, 19 centimeters apart, the average width of a head. You don’t get the overall geography of the space as you do when you are hearing it live, but the two loud speakers in your room are pushing the sounds out. You can hear the environment in which the piece was recorded and it also makes its own environment in the room in which you are listening.

AM:  Why did you make Music for Solo Performer with alpha waves?

AL:   I was teaching at Brandeis. I’d come from Italy where I’d been on a Fulbright. I didn’t have any ideas. Then I met this crazy scientist named Dewan who was working for the government on aircraft pilots and epileptic fits. He had this brain-wave amplifier. He said “You should make a piece! I’ve been trying to interest your faculty colleagues and they think it’s a joke.” And I said, “Well I don’t have any ideas. It’s no joke to me. I’ll try it out.” So, it was alpha waves. As I was producing them in the studio I could see the cone of the loud speaker moving – a big KLH 6 acoustic suspension speaker. I thought, holy moly, the sound is not just coming out. It’s pushing that cone; it could be a player.

The piece is more about resonance than it is about brainwaves, if you think about it. The loud-speakers are coupled to percussion instruments. Each instrument has a totally different response. A large gong takes a strong burst of alpha to make it sound. A snare drum on the other hand will vibrate if you sing into it. So all the instruments are different resonant bodies. It’s just that the alpha waves are the signal that produces that.

AL:   The reason I went into music is because I loved classical music. In the early 1980s performers started asking me to make them works and now I’m asked to make pieces all the time. So I have to figure out ways of doing that. I do it by figuring out the natural acoustical characteristics of the instruments or what they can do in space, or how they can interact with each other. It has to have some second or third thing happening: sine waves, interference patterns, beating, spatial resonance, something like that.

AM:  You were teacher for a very long time. You must have liked it!

AL:   Fifty years I taught. I love teaching. It was a great thing for me because I stutter and I stuttered worse when I started teaching. I thought, how am I going to teach, you have to talk all the time, but I did and I was a successful teacher. I never read a text and interpreted it I just told what I knew, a lot of name dropping I guess. I would say, when I did this Morton Feldman piece, Morton said to me this. When I worked with John Cage, when I worked with Bob Ashley. I worked from experience, not from any textbooks, so I knew what I was saying. It was my field. And as the years went on I accumulated more information. So I was confident when I would go into a classroom and that made me feel good. I think that helped my life a lot.

AL:   I have to clarify my pieces all the time. Often students would say they were doing one thing but do another, so I would try to get them to be as clear as possible.

Last night they set up this piece and I said, “No no no, I don’t want the snare drum next to you, it’s going to look as if you’re playing it. It’s spatial. The snare drum is here, the loudspeaker is faced against a wall. You better show that.” The player was a very good player but he wasn’t clear about how it should look. If a student had been with me, that would have been kind of a lesson, a practical one.

We were working on I’m Sitting in a Room two days ago and I noticed that the engineer was dynamically raising the volume. I said wait a minute, the piece is in the room not in the mixer. I think his idea was to vary. Don’t vary. People will get confused as to what’s being varied. You don’t have any right to vary. It’s the room that varies it. That point of view is very hard to get at sometimes.

AM:  Your work seems to require a longer attention span.

AL:   Charles Curtis did a concert of my piece at Stone, a club in Manhattan. I thought, “holy moly, who’s going to come to a bar and listen to my music.” You could hear a pin drop. Twenty years ago, no one would have listened in that way. When I first did my brainwave piece, one of my faculty colleagues pretended to fall asleep. He was so bored with it, imagine that. Audiences have changed. I’m always afraid that they are going to be bored, but last night somebody pointed out that people were more focused rather than less after each piece.

AM:  Do you have a routine of composing?

AL:   Chaotic. I daydream. Finally, I can’t daydream anymore and I have to make the piece and something breaks through.

Music for Snare Drum, Pure Wave Oscillator, and One or More
Reflective Surfaces (1990)
A sine oscillator interacts with the wall and resonant body of a snare drum.

Music for Cello with One or More Amplified Vases (1992)
Amplified various vases placed at the base of a cello resonate at different frequencies.

Vespers (1968)
Acoustic orientation by means of echolocation, for players with hand-held echolocation devices.

I am sitting in a room (1970)
Lucier reads and records a text that is played back in the room and recorded again, and so on, until the resonant frequencies
of the room erase the coherence of language.

Arts & Culture The Sound of One Man Thinking
« Previous Story 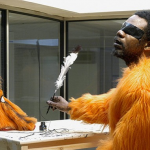 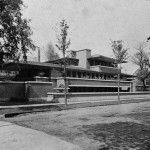