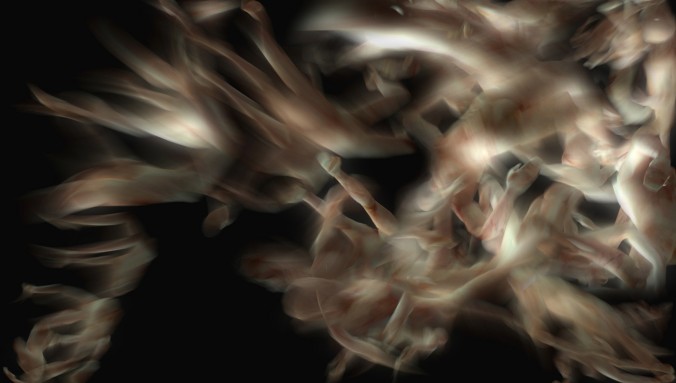 Growing up in a small industrial town in Austria, Hentschläger was exposed to Viennese Actionism through the thriving punk subculture of the 1970s, which railed against Austria’s stultifying conservative government and its repressive cultural policies. While not completely a part of these artistic and cultural movements, the shocking, confrontational aesthetic of Actionism and the exhilarating, hypnotic experiences of the Punk scene would go on to deeply affect the subject and style of pieces like Cluster and Feed.

Cluster is an hour-long, real-time 3D computer animation that portrays group behavior. It primarily features a cluster of amorphous, human-like forms that interact with each other within a dark expanse of empty space. The background is black and vacant except for an outer frame that deflects the movement of the cluster several times as it moves from one place to another on the screen. The cluster travels as it  expands and contracts. It changes  its density and form, as figures are drawn in and pulled away. The nude figures that Hentschläger creates are generic in form, with few signifying features. The abstract representations of human forms shift our focus from the specific subject of humanity to the subject of biological life. The beings and the process depicted could almost be a colony of microorganisms instead of people. Cluster is a fascinating union of the scientific and the mysterious; it refers to the inscrutable inner workings and structures of the natural world through a highly technological process. Through sound and imagery, Hentschläger creates an immersive presence that interrupts the isolation of the viewer.

The audio counterpart that plays during Hentschläger’s visual performance is directly responsive to the generative imagery on screen. Hentschläger utilizes the heavy vibrations of low bass tones to generate a tactile spatiality to the sound. Combined with the visuals, Cluster creates a kinetic, virtual space that immerses the audience in a strange, otherworldly environment. It feels as much internal as it does external. The music moves the artwork itself away from the visual realm of film towards a palpable realm of sensory experience. An unfortunate testimony to the intensity of his work emerged with Feed, a related piece that caused photosensitive epileptic seizures for some of its audience members. This ranged from reactions of disorientation and confusion to traumatic seizures and momentary losses of memory. 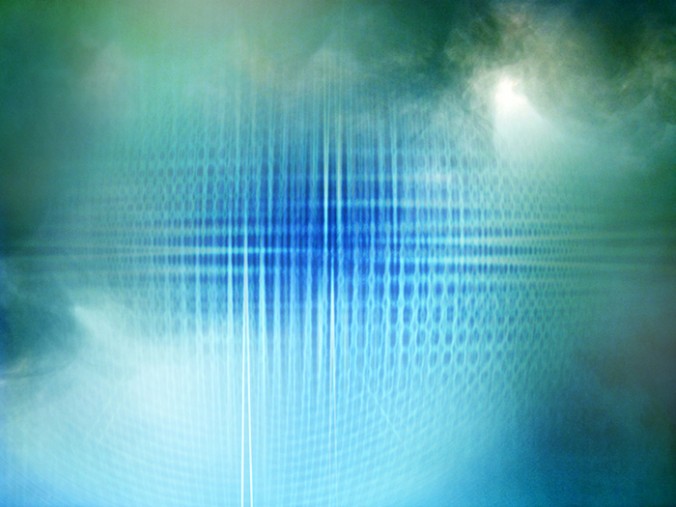 Hentschläger’s work is part of the emerging interest in collective behavior that is developing across a diverse array of artistic and academic fields. We want to know where else cooperative behavior can be found in society and nature, and why it occurs. What is the biology behind altruistic actions within microbial populations? There must be some evolutionary explanation behind the incidents of self-sacrifice that scientists have observed in bacteria. How do we define the collective power of communities, and the indescribable energy of a group that somehow exceeds the sum of its parts? How do cities form from the social serendipity and collaborative labor of dense populations? What is it that inspires people in close proximity to invariably engage in the highly cooperative task of group organization? In other words, what is the cooperative counterpart to Darwinian competition? In pieces like Cluster, Hentschläger portrays social interconnectivity and collectivism as a manifestation of instinct, in opposition to the familiar characterization of community as a romantic quirk of the human prefrontal cortex. Author Steve Johnson similarly describes Victorian London as “a vast organism” in his 2006 book Ghost Map, evoking the idea of a social network as complex as a living, conscious animal. Both artists are examining the fundamental organic mechanism behind communities of organisms. This often forgotten aspect of human nature is becoming increasingly pertinent in a rapidly urbanizing world. As we decide how best to organize ourselves, we have to understand how organizations form in nature.

Hentschläger’s piece Zee is an installation that uses stroboscopic light, thick fog, and droning sound to similarly transform a simple room into a strangely undefined otherworldly region. Much like his contemporary, the Danish-Icelandic artist Olafur Eliasson, whose large-scale installations put “the body in the mind and the mind in the body,” Hentschläger de-familiarizes participants in a constructed sensory environment. Zee begins with a guide who leads participants into a room with a rope, but then encourages them to wander around freely. In some cases, people experienced hallucinatory visions and many participants compared their experience with Zee to their conceptions of heaven or death. The space itself is a marriage of contradictions in sheer intensity — the participants feel surrounded, but completely alone. They feel entirely aware and completely disoriented, both anxious and transcendent. The environment is serene and exalting, seeming at once strange and sublime. It induces a sense of inner contemplation by removing people from the everyday qualities of life.

Zee is a reality-defying construction of light and sound that might best be described as a technological attempt to fabricate the sublime. It can be understood as a merging of the secular and the sacred, where in the absence of religion certain components of religious experience are sought for in secular settings. “If anything, post eons of superstition, we built another elaborate collective construct we now call science, supposedly rational and all reason,” said Hentschläger. In non-religious phenomena and environments, we seek a desire for otherworldly sensations. We have a tendency towards idolatry, a propensity for ritual, and often submit to dogma where it develops in the secular world. We see the simultaneous corrosion of the sacred realm through advances in science and, conversely, the dispersion of sanctity in everyday life.

Hentschläger’s work exemplifies our attraction to transcendence, whether it is satisfied through spirituality, mind altering substances, or sensory manipulation achieved through installations like Zee and Cluster. In a sense, Hentschläger’s secular installation explains a certain aspect of spiritual fulfillment, and perhaps satisfies an innate desire for the sublime. 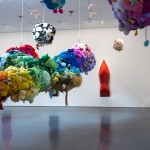