A Controversial Change In the Ceremony’s Digs.

A Controversial Change In the Ceremony’s Digs 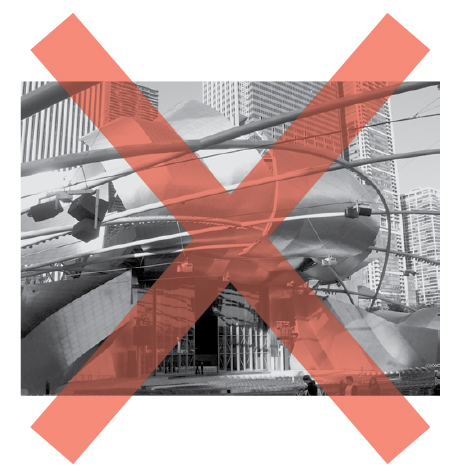 Pritzker Pavilion. Photo by WikiCommons user Beyond My Ken under a Creative Commons License

Some students at the School of the Art Institute of Chicago (SAIC) winced when they received a news release from the administration announcing a change in the venue for the school’s 2014 commencement ceremony away from Pritzker Pavilion. Each May for the last five years, the enormous open-air amphitheater in Millennium Park, which lies at the heart of the SAIC campus, was host to the school’s graduate and undergraduate commencement. But in that first year, administrators walked the stage a day prior to graduation in preparation for the event, and a thunderstorm brought sideways rain and 50-degree temperatures. The next day, the storm had passed, and the weather was sunny and warm, but administrators at the school realized the need for a back-up venue.

In years past, says Felice Dublon, Vice President of the School and Dean of Student Affairs, commencement was held at the Art Institute of Chicago’s Rubloff Auditorium, the Chicago Theater, the Civic Opera House, Medinah Temple and Symphony Hall. But when they became too small to host hundreds of graduating students and their families (each student receives a ticket for themselves and three for family), Pritzker became the obvious solution. The pavilion was designed by renowned architect Frank Gehry, is bordered by the school and a museum that houses one of the largest encyclopedic collections of art in the world and it can accommodate SAIC’s graduation audience.

“Graduation-related costs” at Pritzker, says Patrick Spence, the school’s Assistant Dean of Student Affairs, amounted to roughly $63,000. Then there was the cost of renting a venue in case of rain, or rather lightning. Renters of the pavilion are allowed to stay during rain showers but are required to leave at the first flashes of an electrical storm. Last year, the rain venue was the Auditorium Theater, a 116-year-old opera house and a national historic landmark. It is imposing, impressive, a bit dim and covered in red velvet. The view from stage seems to go up forever, disappearing among rafters into the night. 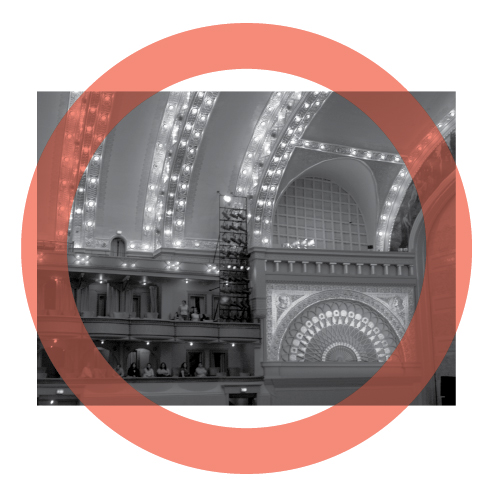 It is impossible to compare what must be vastly different experiences as an attendee at Pritzker or the Auditorium. But as a renter, the Auditorium’s $50,000 price tag and its controlled environment mean a savings for the school of around $75,000-$78,000, says Spence. Dublon made the switch to the Auditorium because “we could not sustain what was essentially two graduations with the same staff and at the same time,” and the Auditorium has enough seats for all of the graduates and their families. “The auditorium is a really beautiful space, and I believe that students will enjoy it at graduation.”

Some SAIC students, however, are unhappy about the decision. “I feel like Pritzker is really iconic. Graduating there is something special that we get to do together as a school,” says undergraduate Robyn Boehler. “Like at DePaul [which has a strong theater program], students graduate at the Chicago Theater. From Pritzker you can see the Modern Wing of the Art Institute. It just feels like our school.”

“We didn’t go to McCormick Place or Navy Pier, because it really doesn’t speak to our school,” says Dublon, “but the Auditorium is respectful of students in terms of access for elderly family members and because of its historical significance.” Boehler also said that she knew the weather during last year’s graduation was quite warm and “It’s nice that [the Auditorium] is air conditioned, especially if you have elderly relatives.”

Boehler also says that it was implied several times during a visit to the school and during her orientation that Pritzker is where the school’s commencement ceremony takes place. “When Walter Massey gave a speech in the Modern Wing to us as freshmen during orientation, he said something like, ‘One day I’ll see you graduate at Pritzker Pavilion.’” Dublon says, “It’s possible that in some presentation it was said that this is where you graduate, but I don’t think you could ever promise a space for graduation.”

“I don’t remember people telling me that Pritzker is where you would be graduating,” says Daniel Luedtke (MFA, 2013). “It was nice to be there, but it doesn’t make any difference where it’s held,” he says. Luedtke thinks it is “annoying when money is wasted on ceremonial or superfluous things.” He said that he would rather the school save as much money as it can on commencement and translate that to lower tuition prices or aid dollars.

He feels the same, he says, about the “swag” he saw during his time at the school. “Do you want stupid USB bracelets and gloves that say ‘make art,’ or do you want lower tuition?” He attributes both those and ostentatious commencement venues to an image the school values keeping up at the expense of other things. Still, commencement at Pritzker was, he says, “really nice, with champagne after the ceremony.”

About the change of venue, Dublon says, “I can understand why there are students who will be disappointed.” Indeed, “Pritzker Pavilion is a really beautiful place to graduate,” says Drew Peterson (MFA, 2013). “To be so close to the school and in that environment. I really liked it.”